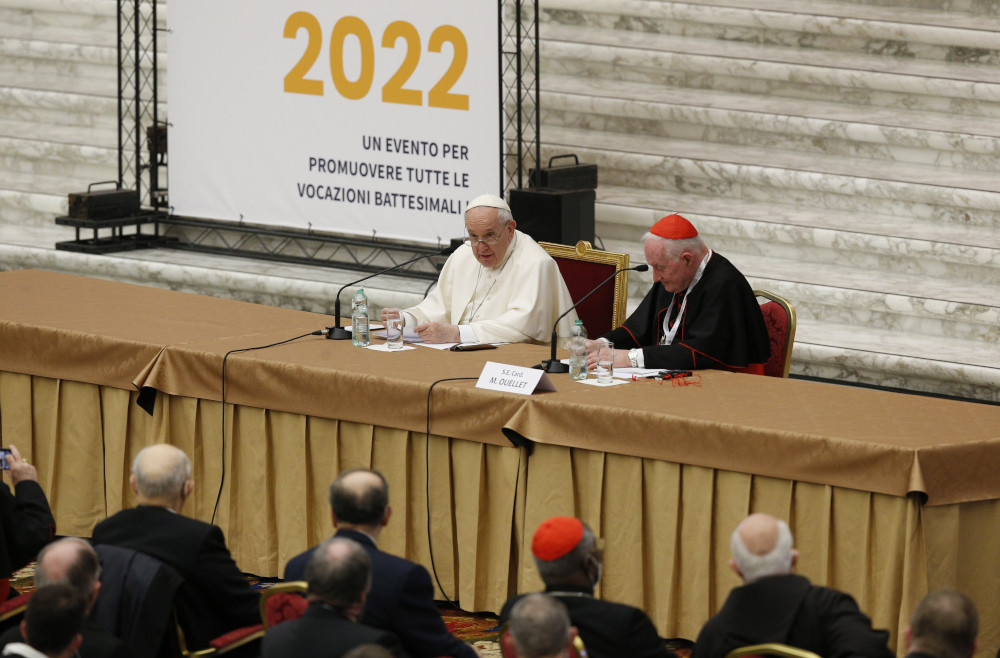 Pope Francis gives the opening talk at an international symposium on the priesthood at the Vatican Feb. 17, 2022. (CNS photo/Paul Haring)

ROME — A prominent French priest barred from exercising public ministry due to abuse allegations is attending a major Vatican conference on the priesthood, organized, in part, to help the church turn a corner on abuse.

Msgr. Tony Anatrella, a psychotherapist who was once an Vatican adviser on matters regarding human sexuality, was banned from ministering as a priest by the former Archbishop of Paris, Michel Aupetit, in 2018.

News of his attendance at the Feb. 17-19 Vatican conference was first reported by the French Catholic daily, La Croix, which also reported that the Vatican said the cleric, who retains his priestly faculties, was not invited and registered on his own accord.

Anatrella's presence at the conference was later confirmed to NCR by attendees at the event. In an email to NCR, a spokesperson for the conference confirmed that Anatrella was not an invited speaker and "registered on his own initiative." 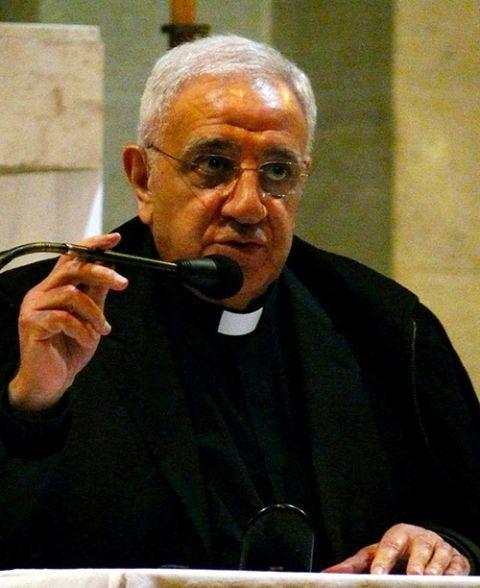 In June 2021, the Paris Archdiocese announced that Anatrella would face a canonical trial regarding allegations that he had ​​inappropriate sexual relationships with male clients. Anatrella, 80, has denied the allegations and maintained his innocence, saying he has been targetted due to his opposition to homosexuality.

Allegations against him first surfaced in the early 2000's and continued to mount over the next two decades. In 2017, the Paris Archdiocese launched an investigation into the controversial priest, resulting in his removal from public ministry.

More than 400 cardinals, bishops, priests and theological experts are participating in the Feb. 17-19 Vatican conference, which Pope Francis addressed during its opening day.

"This symposium takes note of the outcry and anger of God's people," over clergy abuse and cover-up, said conference organizer Cardinal Marc Ouellet during his opening remarks on Feb. 17.

Ouellet said the conference was an occasion "to express our sincere regret and to ask forgiveness again of the victims, who suffer their lives destroyed by abusive and criminal behavior, which has remained hidden for too long and treated lightly, out of a desire to protect the institution and the perpetrators instead of the victims."

During a 2016 Vatican conference, Anatrella maintained that Catholic bishops do not have an obligation to report abuse allegations to authorities. Following his remarks, Boston Cardinal Sean O'Malley, president of the Pontifical Commission for the Protection of Minors, publicy rejected Anatrella's claims.

"We all have a moral and ethical responsibility to report suspected abuse to the civil authorities who are charged with protecting our society,” O'Malley said in response to the French priest.

Editor's Note: This story was updated after initial publication to include confirmation from attendees of Anatrella's attendance at the Vatican event.