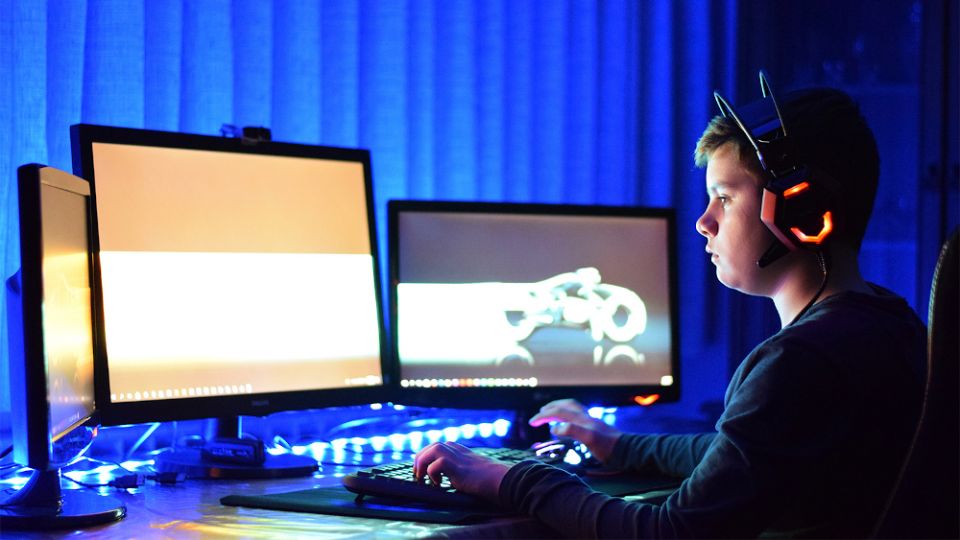 Vatican City — A coalition of big-tech companies and institutions meeting at the Vatican starting Thursday (Nov. 14) seeks to create a safe environment for children on the internet through cooperation and concrete actions.

The international and interreligious conference, "Promoting Digital Child Dignity: From Concept to Action," was organized to combat the multiplying risks and challenges of the internet for minors.

Over 270,000 images of sexual abuse of minors are uploaded to the internet every day, according to data collected by Microsoft. Pedophiles and sexual abusers hold their own conferences and create secret symbols to share their illegal content online.

About 80% of the victims are children under 10 years old, most of them female, photographed or taped in domestic environments. But the danger is not only for the children exploited by criminals on the internet, but also for youth who have access to the internet and are exposed to violent and dangerous content.

According to UNICEF, 1 in 3 internet users globally are children or adolescents. It also found that children are increasingly accessing the web without supervision.

"Studies show that the average age for when children begin to follow pornography on the internet today is 11 years old," said the Rev. Federico Lombardi, former Vatican spokesman, during a news conference at the Vatican on Tuesday. One of the goals at the conference, he added, "is for example to limit access, through an age verification of the clients, to protect children from this invasion."

"For a global challenge, we need a global solution," Lombardi said.

Such a solution, he continued, should not be "solely aimed at directing attention to the problems, but to propose and support concrete actions and initiatives."

The idea for the conference began in 2017, when the Gregorian University in Rome hosted a global congress with representatives from Silicon Valley, Wall Street and the FBI. From that meeting, the "Child Dignity Alliance" was born, with the goal of tackling the damage and impact the digital age has on children.

A second forum took place last year in Abu Dhabi between interreligious representatives, the "Interfaith Alliance for Safer Communities," and resulted in a commitment to combat the sexual abuse of minors, extremism and human trafficking.

Lombardi told reporters that initially this month's meeting at the Vatican was supposed to be more low-key, an opportunity for experts and activists to debate and discuss the topic of child protection on the internet. But the conference has drawn participation from tech giants such as Microsoft, Apple, Amazon and Facebook.

High-level representatives from the Middle East, Europe and the United Nations as well as Christian Orthodox, Muslim and Jewish religious leaders will all take part in the conference. At the conclusion of the event on Nov. 25, lawyers, politicians and philosophers will team up to write a joint declaration for the protection of minors online.

Lombardi called out countries, in Asia especially, where the content and criminal exploitation of children on the internet are "incredibly horrible."

The Chinese e-commerce giant Alibaba, created by Jack Ma, refused the Vatican's invitation to the conference, said Ernesto Caffo, founder of the Italian children's help line Telefono Azzurro and member of the Vatican's Pontifical Commission for the Protection of Minors.

"For them (Alibaba) control comes from other systems," Caffo told Religion News Service on Tuesday.

"Often technologies surpass our own capacity to intercept problems and find solutions," he said. That's why it's important to "create a great alliance between businesses and institutions to reflect on these regulatory systems that need to be applied in every country."

The trick, according to Caffo, is in being able to navigate the fine line "between privacy and the protection of persons." To cite an example, he said that while encrypting relationships between Facebook users may be a great win for privacy, it's a loss in the protection of human rights since tracking and identifying perpetrators would become almost impossible.

It's a tall task, Caffo admitted, which can only be possible with the widest net of collaborations across religions and companies. "It's not a coincidence," he said of the conference starting with a message from the pope.

"The Holy Father has always been committed to the protection of children. He was the one who welcomed this proposal. Because the Holy Father wants to be a protagonist," he said. "There will be a commitment of the Holy See in this journey and this is another concrete action."

Vatican | At the Vatican, big-tech and interfaith groups team up to protect minors on the web

Prefect suggests couples can be better at marriage prep than priests