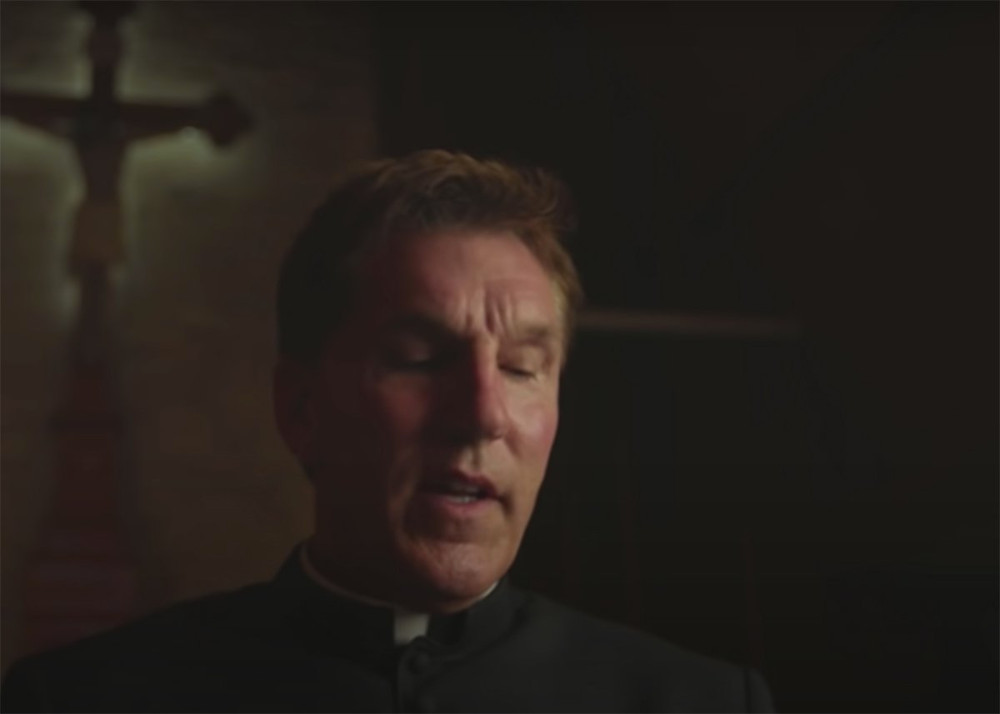 Fr. James Altman, pastor at St. James the Less Catholic Church in La Crosse, Wis., is seen in his YouTube video. In the clip he attacks Catholics who are Democrats. (CNS/YouTube screen grab)

The Rev. James Altman calls himself "a lowly priest" serving a blue-collar city in western Wisconsin. But when his bishop demanded his resignation – after a series of divisive remarks about politics and the pandemic – Altman refused to oblige and has since raised more than $640,000 from his conservative supporters to defend himself.

While not unprecedented, a Catholic priest's refusal to abide by a bishop's call to resign is certainly rare. Altman's case, which has garnered national attention and made him a celebrity of sorts among conservative Catholics, has further fueled the divide between them and those urging a more progressive, inclusive church.

Altman, pastor of St. James the Less Roman Catholic Church in La Crosse, first came into prominence before the 2020 election with a fiery video on YouTube.

"You cannot be Catholic and be a Democrat," said Altman, admonishing people to "repent of your support of that party and its platform or face the fires of hell."

He reiterated that sentiment recently while also criticizing vaccination efforts and restrictions on church gatherings related to COVID-19.

On May 23, Altman announced during a homily that the Diocese of La Crosse's bishop, William Patrick Callahan, had asked for his resignation as pastor of St. James.

"They want my head now for speaking that truth," Altman told the congregation. "I, a lowly priest, apparently have created enemies among some of the hierarchies."

The diocese issued a statement the next day confirming Callahan's request and Altman's refusal to step away, and said it would begin the process to remove him according to Catholic law.

Altman said he would fight the process but needed money to hire lawyers. His supporters across the U.S. responded swiftly.

"As we all know, Fr. Altman has been subject to diabolical persecution just for doing his job as a shepherd to his flock," says a message on GiveSendGo. 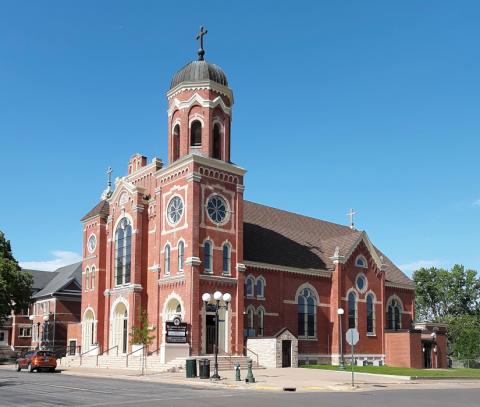 This June 2, 2021 photo shows St. James the Less parish in La Crosse, Wis. The Rev. James Altman who heads the parish, announced during a homily on May 23, that Diocese of La Crosse Bishop Patrick Callahan had asked for his resignation. (Marilyn J. Richmond via AP)

Altman didn't respond to a message The Associated Press left at the church office. Videos posted by LifeFunder feature him railing against the Catholic hierarchy, calling bishops who don't support him "cowards" and a "brood of vipers," and labeling liberals "left-wing fascist Nazis."

As for the fundraising, he said: "I never think of myself as great, but what it does tell me is the people are saying that they need to hear the truth spoken."

Most of Callahan's fellow bishops across the U.S. have not commented publicly about the case, though one of them — Bishop Joseph Strickland of Tyler, Texas — has tweeted support for Altman.

Altman "is in trouble for speaking the truth," Strickland tweeted. "He inspires many to keep the faith during these dark days. Let us pray for him."

Conversely, Faithful America, which describes itself as an online community of Christians, launched a petition urging Altman's removal from the ministry due to his remarks about the pandemic.

"Fr. Altman is endangering not only his own parishioners but every essential worker they meet, and should be removed ... before he can risk even one more life," the petition said.

David Cloutier, an assistant professor of moral theology at the Catholic University of America, said via email that Altman "is clearly far out of bounds in the extent to which he is no longer articulating specific Catholic teaching."

"He has instead become a conservative commentator on cultural issues on which there is either no specifically 'Catholic' position or where the priest might well be at odds with Catholic principles," Cloutier added.

La Crosse is a city of 50,000 on the Mississippi River about 125 miles (200 kilometers) southeast of Minneapolis. Altman's church was built in 1901; its red brick walls and towering dome are a local landmark.

Its congregation has been divided over Altman.

Carol Patterson attended Mass at St. James for 50 years until Altman's style and sermons drove her to another church last year. Though she was deeply involved in church activities, she said he never bothered to learn her name.

Leaving was a tough decision; Patterson and her daughter were both married in St. James and her late husband was buried under its aegis.

"I just didn't agree with the things he [Altman] was doing," Patterson said. "The Democrats go to hell, encouraging people not to get masks, not to get the shots. ... I loved St. James, but I just couldn't do it anymore. It was raising my blood pressure."

Monica Mohan, has made the 80-mile drive from her home in Fall Creek to La Crosse twice to attend Mass with Altman. She said he is true to Catholic principles and now faces pressure from a church hierarchy that has been trying to "water down" the faith.

"I have never seen a priest so joyful when he's distributing Holy Communion," she said. "This parish is his family. To rip a father away from his family when he has not taught anything contrary to the faith is inconceivable. It's despicable."

If Altman persists in his defiance, the legal procedures — dictated by the Catholic church's Code of Canon Law — could be lengthy.

According to William Daniel, a professor of canon law at Catholic University, a priest asked by his bishop to resign has the option of submitting a defense. The bishop then consults with two other pastors and issues a decree removing the priest if he determines that step is still warranted.

While requests for the resignation of a priest are not uncommon, it's rare that they lead to a high-profile refusal to resign, Daniel said.

One of the few such cases in the U.S. came in 2002, when a priest in the Archdiocese of Boston refused to step down over an accusation that he sexually abused a child three decades earlier. The Rev. D. George Spagnolia took his case to the Vatican but was unable to overturn his suspension. He died in 2008.

More recently, the Rev. Frank Pavone, an anti-abortion activist who heads Priests for Life, appealed to the Vatican over restrictions placed on his ministry in 2011 by his bishop in Amarillo, Texas. Pavone succeeded in getting the restrictions eased, relocated away from Texas and remains active with Priests for Life.

"Bishops err, and sadly, some — as in my case — badly abuse their authority," Pavone said via email. "We need to be able to defend ourselves."