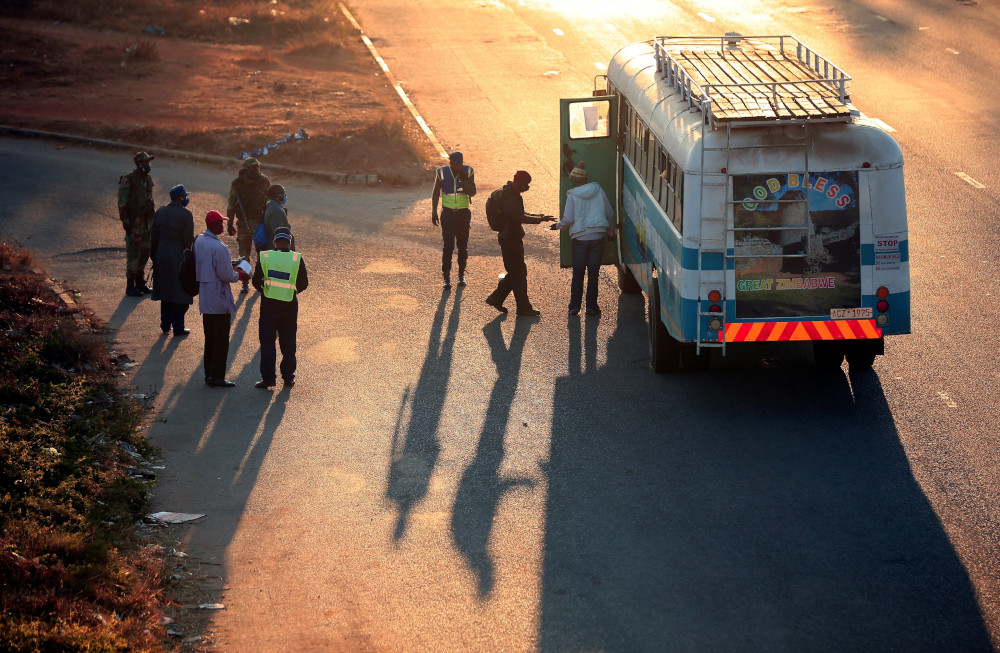 The Zimbabwean government's crackdown on dissent terrifies people, the country's bishops said in a pastoral letter that also noted alarming levels of corruption.

After a government minister said that the letter was written under the "evil-minded" leadership of Archbishop Robert Ndlovu of Harare, there was a rush of support for the church, said Yvonne Fildah Takawira-Matwaya, who chairs the bishops' justice and peace commission.

The government's response to the Aug. 14 letter has "directed people toward a tribal debate, which divides the nation," Takawira-Matwaya told Catholic News Service Aug. 17.

"Fear runs down the spine of many of our people," the bishops said, noting that the latest crackdown on dissent is unprecedented.

"Suppression of people's anger can only serve to deepen the crisis," said the letter, signed by the southern African country's seven bishops.

Information Minister Monica Mutsvangwa accused Ndlovu, bishops' conference president and a member of Zimbabwe's Ndebele minority group, of "inching to lead the Zimbabwe Catholic congregation into the darkest dungeons of the Rwanda-type genocide."

In an Aug. 15 statement read on national television and other government media, she said the archbishop was "fanning the psychosis of tribal victimization" and sowing "sins of collective guilt" among the Shona majority.

She likened him to Rwandan Fr. Athanase Seromba, who was convicted for involvement in the killing of 2,000 Tutsis at his parish in western Rwanda during the 1994 genocide.

The local church has since received overwhelming support from ordinary Zimbabweans as well as statements of solidarity from various groups, including the Law Society of Zimbabwe, Takawira-Matwaya said.

"The call for demonstrations is the expression of growing frustration and aggravation caused by the conditions that the majority of Zimbabweans find themselves in," they said.

Voices of various governments, regional blocs and the United Nations "on the desperate situation in Zimbabwe have not only confirmed the seriousness of the human rights breaches by government agents but the need to rally behind #ZimbabweanLivesMatter," the bishops said.

Anti-government protests have been thwarted in a growing crackdown on dissent that includes detentions, assaults and intimidation. Yet President Emmerson Mnangagwa's administration denies a crisis in the country, which has an inflation rate of over 800% and shortages of fuel and basic commodities such as sugar and the staple cornmeal.

Mnangagwa succeeded Robert Mugabe after a military takeover in November 2017. Mugabe had led Zimbabwe since its independence from Britain in 1980.

Some 20,000 people were killed during the 1980s, when Mugabe led a military-style crackdown on alleged militants known as Gukurahundi.

The targets were mainly Ndebele, perceived as backing the opposition, while Mugabe was Shona.