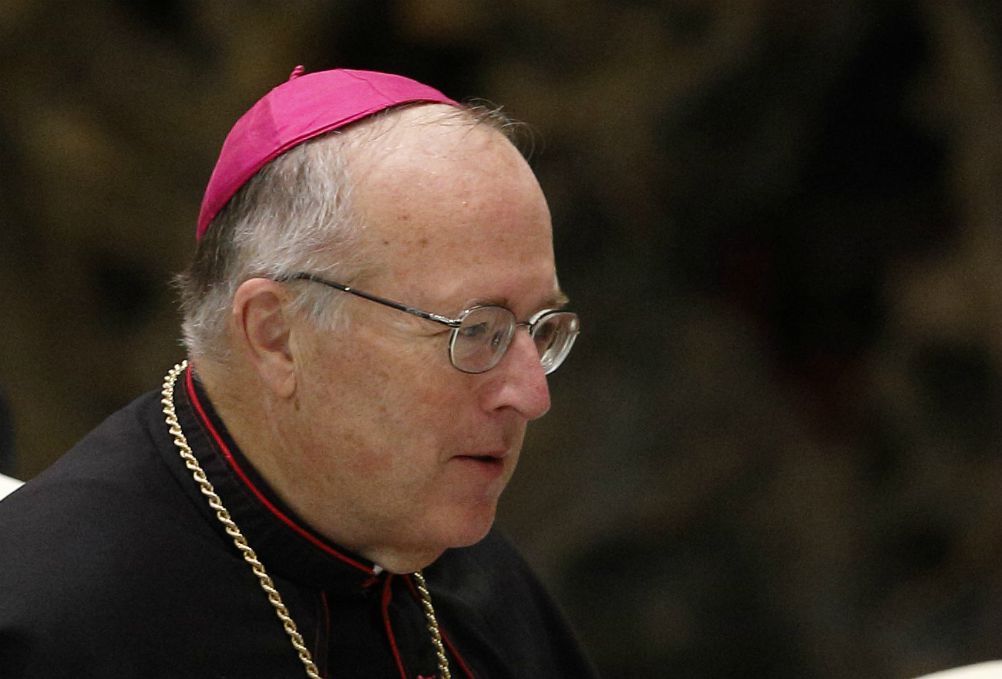 Wednesday night, at Loyola University Chicago, Bishop Robert McElroy opened what will be a critically important debate among the nation's bishops about how the church should engage politics. McElroy delivered the second Cardinal Bernardin lecture, April 18, the text of which will be published in Commonweal, so readers can engage the bishop's arguments more fully later. But I would like to provide a bit of context for understanding this lecture's significance.

Regular NCR readers will recall the debate about the quadrennial document, "Forming Consciences for Faithful Citizenship," at the 2015 plenary of the United States Catholic Conference of Bishops (USCCB). Bishops are unfailingly courteous and deferential to one another, even when they are disagreeing profoundly, but at that meeting, Cardinal Daniel DiNardo, then vice president and now president of the conference, got downright snippy when a bishop argued they should junk the entire text and start over. That bishop was McElroy.

At the time, McElroy was concerned that the underlying structure of the document, originally drafted in 2007, failed to reflect the changes in emphasis brought about by the magisterium of Pope Francis. "The key and central point of the failure is this — if I understand Pope Francis correctly — it is that the issue of poverty, particularly global poverty, with all of its victimization of men and women across the world and children, the global poverty and degradation of the earth, which threaten the whole of our humanity, that these two issues lie at the very center and core of Catholic social teaching as priorities for us in every public policy position. And this is not reflected in this document."

McElroy said at the time that Francis was telling the church that "alongside the issues of abortion and euthanasia, which are central issues in our effort to transform this world, poverty and the degradation of the earth are also central. But this document keeps to the structure of the world view of 2007. It tilts in favor of abortion and euthanasia and excludes poverty and the environment." It was not the content of any of the teachings that had changed, but the prioritization.

As we now know, neither the document that was adopted nor the pastoral letter McElroy himself wrote would have made much difference in the presidential election that followed. A tsunami of resentment overwhelmed moral analysis of any and all issues, and the nation elected a showman with swagger, who came peddling xenophobia and vulgarity. Is this a great country or what? 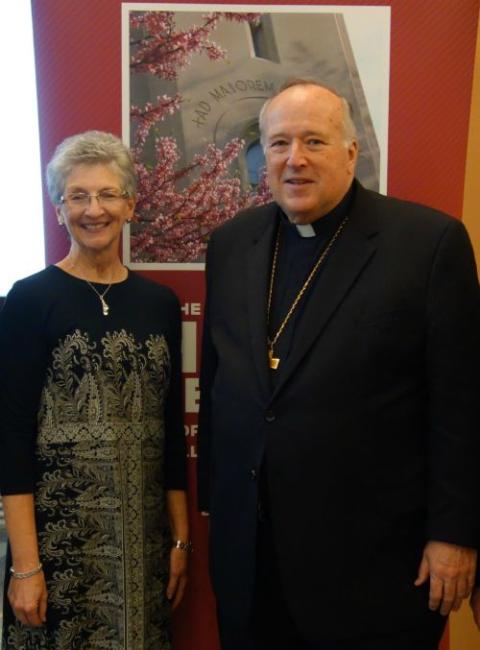 In his Loyola lecture, McElroy recalled Pope Francis' speech to Congress in 2015. "In Francis' message the core of the vocation of public service, and of all politics, is to promote the integral development of every human person and of society as a whole," the bishop said. "It is a vocation which requires special and self-sacrificial concern for the poor, the unborn, the vulnerable and the marginalized. It is a commitment to pursue the common good over that of interest groups or parties or self-aggrandizement. It is a profoundly spiritual and moral undertaking." The contrast between that vision and the politics we have today is, as McElroy says, "heartbreaking."

He argues that in the current climate with its hyper-partisanship, the approach the bishops adopted in recent years, and the approach he himself applied in his own pastoral letter, both suffered from the same defect. "As bishops, we tend to teach from principles and moral norms," McElroy told the Loyola audience. "Our approach is cognitive and exhortational, not affective and inspiring. There are, of course, moments and purposes for which cognitive and exhortational treatments are essential in expressing the Church's legacy of teaching that spring from Revelation and the tradition of reason. But breaking through the hyper-partisan divide of American political culture at the present day is not such a purpose."

McElroy said that he believes the bishops must follow the example of Pope Francis' speech to Congress in style as well as content. There, he argued, the pope was engaged in "deep-level conscience formation. He was proposing that the common good is best served when leaders and citizens operate from a political virtue ethic that is prior to individual policy issues."

The bishop stated: "It is the development of these virtues (which orient people to the common good) that must constitute the major outreach of the Church in our desperately divided culture. We must seek to form within our faith community a Catholic political imagination, rooted in the virtues of the Gospel, so that disciples of the Lord naturally gravitate toward bringing the Gospel message in its fullness to their lives as citizens of our nation." He goes on to articulate some of the key virtues the church should seek to encourage in her members and, through the political imagination they create, share with the country as a whole.

I should note that I do not agree with McElroy's essential diagnosis. Hyper-partisanship is not the real problem afflicting our democracy today. The election of 1800 was "hyper-partisan" too, as was that of 1932 and of 1980. But, whatever one thinks of the diagnosis of the political landscape, McElroy's prescription for religious leaders is surely on the money.

The U.S. bishops need to find a different way of approaching political issues, not only so that they heal divisions within the church, indeed divisions within the hierarchy itself. They need this different approach because the problems that ail our body politic are deeper than the fact that our laws are wrong on this issue or that. The problems require "deep-level conscience formation," so that Catholics develop consciences that are strong enough to resist partisan efforts to make religiously motivated voters conform to political agendas that betray important socio-cultural values, many of which are rooted in the religious imagination.

Bishop McElroy is not calling for a bland 21st-century iteration of '50s-style civil religion. Instead, he is calling for an approach to politics in which Catholics remember to put their faith first, not as sectarians but as the ground of a virtue ethics, without which politics is reduced simply to calculations of power. McElroy sees the need for language that is not debased, ideas that are not already corrupted by marketing, values that are resilient because they are perennial, and perennial because they are humane.

This is the first major speech by a U.S. bishop in what will become the most important conversation dominating the USCCB for the next two years. I had almost written "first salvo," and a military metaphor is warranted as I do anticipate the bishops' conversation will not be all wine and roses. Unsurprisingly, McElroy's contribution is brilliant and provocative and should, repeat, should, provide the starting point for the development of a consensus among the bishops. But it won't. The bishops are too divided. As noted, I don't think hyper-partisanship is the principal problem with our politics, but it might be the biggest problem with our bishops.