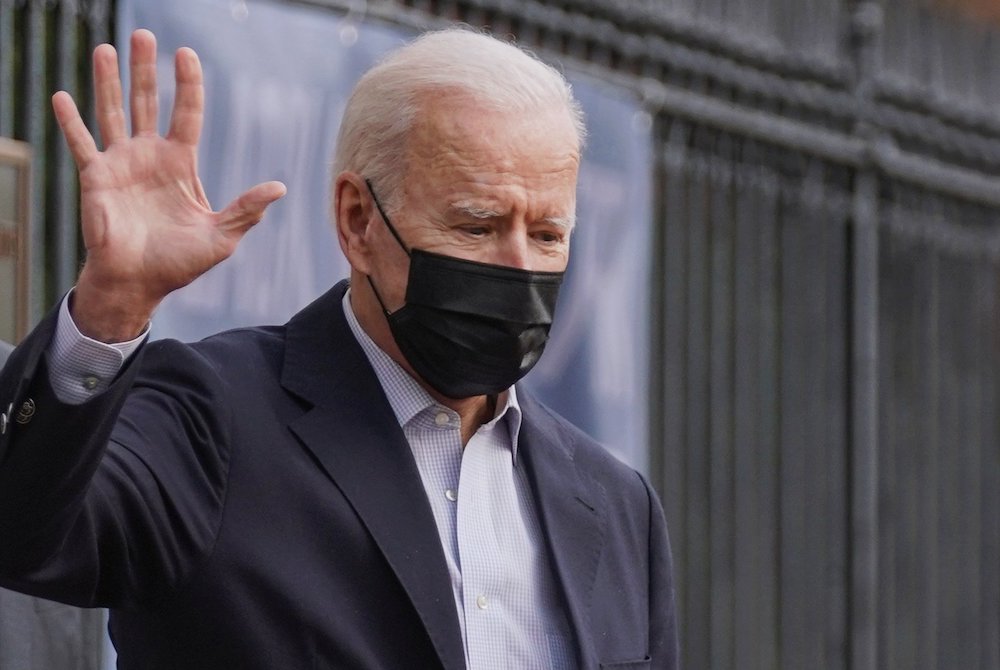 Someone must have dropped zealotry pills into the water supply at the Villanova University law school, as my colleague Christopher White's report yesterday highlights. The conference was focused on the challenge Joe Biden's presidency poses to the Catholic faith, with a heavy emphasis on the need to deny Biden Communion. What it showed is that most of the speakers are confused in ways that are unique, and common, to ideologues.

Prof. Patrick Brennan, the conference organizer, opened the event by explaining that Biden's position on abortion constituted "formal cooperation" with evil. "For that reason, he is not, in the judgment of the church, fit to present himself to receive holy Communion." When was this judgment rendered and by whom? Is Brennan now the archbishop of Washington?

Francis Maier, longtime amanuensis to Archbishop Charles Chaput, the former archbishop of Philadelphia, seconded Brennan's stance. Biden's self-presentation as a faithful Catholic will "normalize the administration's policies and actions that directly attack key Catholic beliefs on abortion, sex, family and marriage," Maier said. "This has the effect of marginalizing bishops as doctrinaire, out of touch and seemingly aligned against the message of mercy preached by Pope Francis."

I think Maier gives Biden way too much credit. The majority of U.S. bishops have painted themselves as "doctrinaire" and "aligned against the message of mercy preached by Pope Francis" without any help from the man in the White House. Not to put too fine a point on it, but all the way back in 2015, at the synod on the Family, it was obvious that Maier's former boss, Archbishop Chaput, was captain of what I termed "Team Javert" for their simplistic — and Jansenistic — approach to the moral life and, specifically, who could and could not receive Communion. Then it was the divorced and remarried who did not measure up, and now it is Biden, but the refrain is the same:

And so it must be, for so it is written
On the doorway to paradise
That those who falter and those who fall
Must pay the price!

Finally, Fr. Gerald Murray, a regular on "The World Over with Raymond Arroyo," reiterated his stance that Biden should be denied Communion, as he affirmed immediately before the election. Murray consistently holds that the law of the church is as clear as day. I note in passing that Murray's own bishop, Cardinal Timothy Dolan, indicated during the campaign that he would not deny Biden Communion based on his political stances. Is Murray now the archbishop of New York?

Still, the question must be faced: Is the canon law of the church open to a variety of interpretations on this point? Canon 915 states: "Those who have been excommunicated or interdicted after the imposition or declaration of the penalty and others obstinately persevering in manifest grave sin are not to be admitted to holy communion." What is ambiguous about that?

The problem — and it is a frightening one — is that these three speakers do not seem to understand what canon law is. The canon law of the Catholic Church is modeled on Roman law. In the United States — and most Anglophone countries — we grow up in a common law tradition. If you confuse the one with the other, you get this doctrinaire, and Jansenistic, understanding of the Catholic faith. It is not like confusing an apple with an orange. It is like confusing an apple with an orangutan.

When I was a teenager, I recall my pastor, Fr. Joseph Kugler, explaining that in his pre-Vatican II seminary they were taught that "the laws of the church are the stars to guide you." That is different from a stop sign that requires you to come to a complete stop. Common law advances by precedent. Canon law does not. Canon law presumes that its precepts must always be applied with the virtue of prudence to particular situations, all of which are unique in some way. The precepts of common law do not function that way: Either you were driving above the speed limit, or you were not driving above the speed limit.

"Canon law is aspirational," explains Nicholas Cafardi, former dean of the law school at Duquesne University and a canon lawyer. "It is a law which sets goals to be achieved, but admits of privileges (private laws) and dispensations along the way. American civil law is not aspirational; it is normative. It sets standards that are in general invariable."

Professor M. Cathleen Kaveny, who teaches both law and theology at Boston College, agrees. "The Code of Canon Law is part of the family of civil law which dominates continental Europe. Like other civil law codes (e.g. the Napoleonic Code), it sets forth a coherent framework of legal norms at a high level of generality," she told me. "Those norms need to be prudently applied in each case, taking account of the overall purpose of the law and key principles that run throughout, as well as specific facts and circumstances. It runs in the opposite direction from the Anglo-American common law tradition, which builds up to general principles from definitive results rendered in each case."

For an example of how Canon 915 should be applied pastorally, see Fr. Lou Cameli's recent article at America. He was dealing with the issue of persons in a same-sex marriage, not pro-choice politicians, but Cameli illustrates the kind of pastoral prudence application of canon law presumes. He also avoids the opposite extreme, a kind of loosey-goosey liberalism that invokes conscience a little too quickly and then confuses conscience with whim. There is a place for law in the life of church.

Zeal to protect the Eucharist from profanation by sinners can unwittingly lead to an even greater profanation by transforming the eucharistic celebration into a continuation of politics by liturgical means.
—Fr. John Beal

In 2004, when Sen. John Kerry was running for president, the issue of applying Canon 915 was raised. Kerry, like Biden, supports keeping abortion legal. Writing at America, Fr. John Beal wrote a fine essay that explains this different understanding of law that animated the authors of the church's canon law. It turns out, that when this canon was proposed, some objected that it would be too hard to apply, that the strict interpretation of the canon would "make a scarecrow of the law." The drafting commission declined to take their bait. Beal writes:

The response of the commission responsible for revision, however, was not to lower the bar for refusing holy Communion but, if anything, to raise it. One of the functions of law in the church, as in every society, is to make it difficult for people, especially those in authority, to act on their visceral instincts, lest hasty action inadvertently harm a higher ecclesial value. By making it difficult for church authorities to refuse admission to holy Communion to politicians whose public records arguably cannot be squared with church teaching, a necessarily strict interpretation of Canon 915 serves as a brake on the temptation to politicize the Eucharist by allowing the sacrament that signifies and effects the union of love between Christ and the church to become a sacrament that signifies and brings about disunity. Zeal to protect the Eucharist from profanation by sinners can unwittingly lead to an even greater profanation by transforming the eucharistic celebration into a continuation of politics by liturgical means.

The words "an even greater profanation" should become well known as the U.S. bishops decide whether or not to proceed with this ill-advised idea of a teaching document on "eucharistic coherence," which is code for denying Communion to politicians.

Let me give the last word to Professor Kaveny:

To see conservative American Catholics treating particular canons (e.g. Canon 915) like they are machinery in some ecclesial TurboTax program is disturbing on two levels. First, they are approaching canon law as if it were a particular holding in a common law case, perfectly analogous to the problem at hand. That's not the way canon law works. Second, they are not interpreting canon law according to its own internal logic, but rather conscripting it to serve their own partisan ends in the American culture wars.