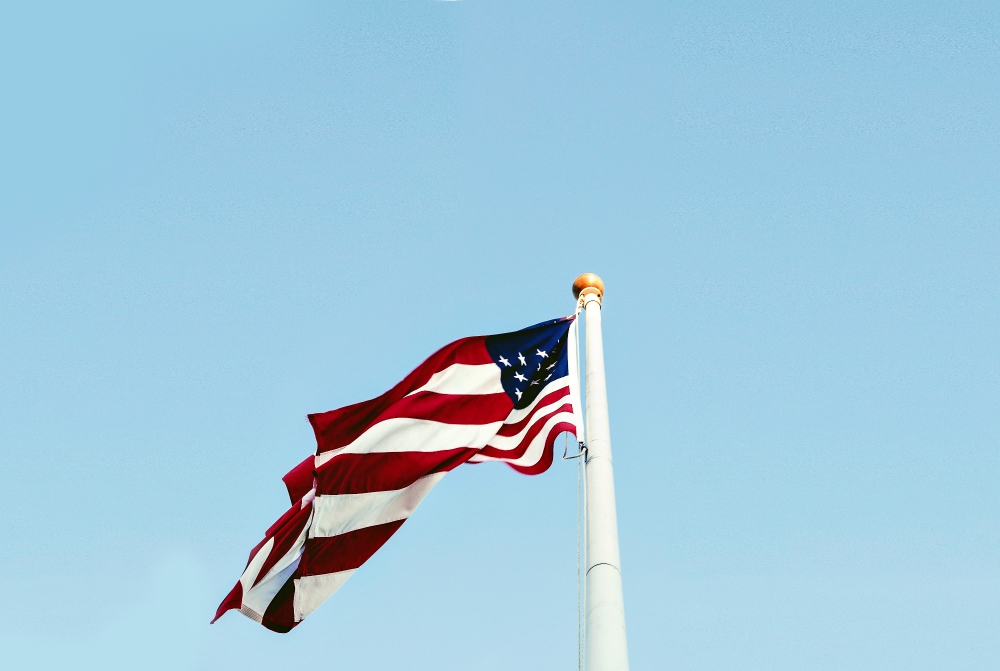 Trying to navigate American politics the past few decades has not been easy. It requires seeing past the mindless talking points that get repeated every night on cable news. One has to recognize that while all politicians lie, not all politicians' lies carry the same moral weight. Sheer exhaustion — as first the internet and then Facebook and now Twitter all conspire to bring you more information and faster — must be avoided.

The election of Donald Trump as president threw even the most seasoned and sensible of commentators back on their heels. The conservative party embraced the least conservative politician imaginable. The constitutional foundations that had survived even the 2000 Florida election meltdown seemed inadequate when the candidate who received a stunning 3 million more votes lost the election. The Democratic Party seemed to have squandered all the hope that had swept Barack Obama into office in 2008, unable to conquer the intransigence of Sen. Mitch McConnell, whose contempt for constitutional norms rivaled Trump's. 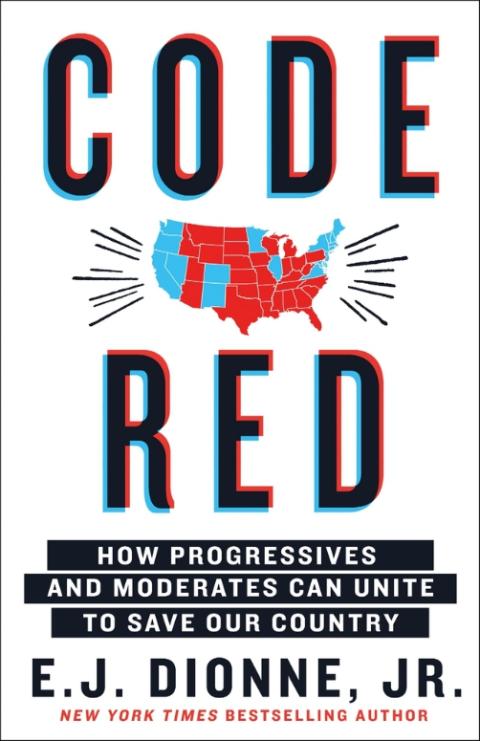 To make sense of it all, we need a map and there is no better mapmaker in the realm of contemporary politics than E.J. Dionne Jr. No wonder three D.C. institutions — the Brookings Institution, Georgetown University and The Washington Post — all claim a piece of him and a fourth, Kramerbooks & Afterwords Cafe, offered him a lunch table at which he and an impressive list of guests shared information and analysis over crab cakes or chicken quesadillas. (That is where I got to know him.)

"The problems with the [moderate argument against progressives] were underscored by the outcome of the 2016 election: Moderation alone does not guarantee victory, and the progressive critique of the center has become more persuasive as economic inequality has widened," he writes. "The problem with the [progressive critique of moderates] is that every electoral contest involves both mobilization and persuasion. The important question is to establish where the balance between the two lies at a given moment. Neither can be ignored."

He repeats the advice of theologian Reinhold Niebuhr that we are "to seek the truth in our opponent's error, and the error in our own truth."

In an adversarial, partisan culture, Dionne sees not just hope but a strategy. "Both sides should also remember that successful political movements often define what they affirmatively believe after first coming together in opposition to a status quo they deplore." He wryly adds: "Call it the power of negative thinking."

He notes how Ronald Reagan and Trump both began with a critique of what they disliked about the status quo, a critique that united moderate and conservative elements in their party and crafted their agenda as a kind of photographic negative of the object of their critique.

One of the most mischievous varieties of political analysis, often found in media outlets, rests on the false belief that the political center possesses a kind of privileged status, a belief that presumes a moral equivalence between the two parties. There is no longer any such equivalence if ever there was. "Long before Trump, Republicans had moved much further to the right than Democrats had to the left. Research on congressional votes cast from the late 1970s to 2013 ... found that Democrats had moved 33 percent more left while Republicans moved 150 percent more right."

Dionne delightfully skewers any romanticization of Reagan, or even of the pre-Reagan Republicans, that still afflicts too many moderates. He believes the first wrong turn came in 1912, when the conservative wing of the party, which backed William Howard Taft, defeated the progressive challenge from Theodore Roosevelt.

Still, it was Reagan — who famously quipped, "The nine most terrifying words in the English language are: 'I'm from the government and I'm here to help' " — who directed the GOP down the path that came to fruition with Trump: "From Lincoln through Nixon, the Republican Party had often seen government in precisely the terms that Reagan mocked: as a means of helping people and the country as a whole through reform, public investment, and sensible rule-making."

The history of how the left came to where it is today is even more complicated, not least because populism was more of a Democratic than a Republican phenomenon until Pat Buchanan articulated the cultural stances Trump would ride to victory.

Dionne correctly notes that the core divide within the Democratic Party since 1968 has been less ideological than one of sensibility, "a largely white, educated, reform-minded, and often suburban middle class constituency that rallied to [Eugene] McCarthy; a multiracial, cross-class, urban-inflected constituency that embraced [Robert] Kennedy." Obama was able to reach across this divide better than any Democratic candidate since 1968. 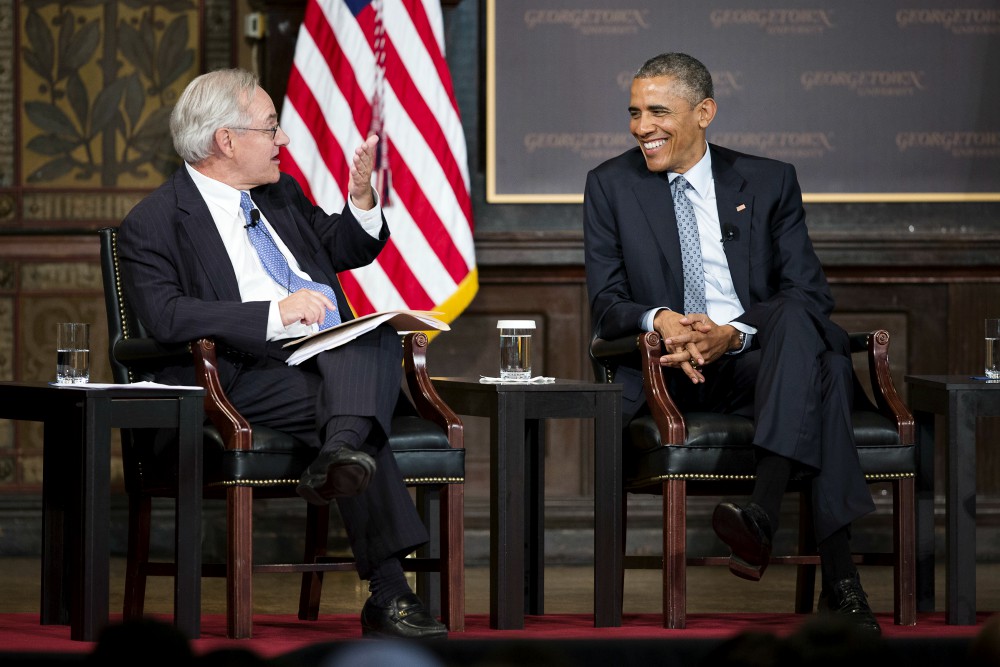 Dionne sees the rise in democratic socialism's acceptability as rooted not only in the retreat of the Cold War threat, but even more in the swing in foundational public opinion away from the Reaganite confidence in markets and individualism.

"Now, our common sense, while still skeptical of government's competence (after the Trump years, who could not be?), is deeply troubled by economic concentration, the power of corporations, the growth of monopoly power, and the unfairness of the distribution of wealth and income," he writes. "And mistrust of government now stems at least as much from a belief that it has been captured by powerful economic interests."

The libertarian, conservative sources of mistrust of government and confidence in markets no longer persuade when Amazon pays no taxes. This shift in popular sensibility shrinks the available constituency for Clintonian Third Way or Obama neoliberal approaches to the challenges the nation faces and the politics the moment demands: Both of those presidencies are examined by Dionne with sympathy and candor.

The ascendency of Sen. Bernie Sanders in this year's first three nominating contests was unthinkable even 12 years ago, and there are still certain circles where it is considered heresy to criticize Obama. But Dionne is right to insist that we learn lessons from Obama's failures as well as his successes.

Ours is a nation of hyphenated Americans to be sure. Even the Native Americans came across the land bridge from Asia. But my Polish grandparents, who never learned English, did not need linguistic facility to express their pride in the service their four sons gave to our nation's military. For most of America's history, the hyphen was actually an arrow: The Italian-American and the Irish-American and the Mexican-American were proud of their heritage, but they were intent on becoming full integrated into American society.

One can celebrate one's provenance without wallowing in it, still less claiming a privileged hermeneutic or fretting about cultural appropriation. The cultural history of America is one of cultural appropriation and thank God for that: What is more American than listening to a Russian singer performing an Italian opera while driving in a Japanese-made car en route to pick up some Mexican food for dinner?

Dionne's criticism of Mark Lilla's magnificent New York Times essay "The End of Identity Liberalism" is unpersuasive. The fact is that discrete groups have ceded leadership away from religious and political leaders and conferred it on academics for whom identity politics is first and foremost a strategy for maintaining department funding. Multiculturalism is a fact, not a goal, for society, and diversity is a thin standard for excellence.

I encourage Dionne to reread Leon Wieseltier's essay "Against Identity." There is no way to reconcile the antisocial side of identity politics with the demands of a liberal polity.

Many establishment Democrats are now terrified that Sanders will be the party's nominee. It remains to be seen if their fears are warranted. But they would do well to read Dionne's book, which offers critical practical and theoretical guidance for uniting the party, all of it rooted in thoughtful commentary, exhaustive examination of the literature of political science and a keen eye for historical analogies. His closing chapters remind us all on the left that continued intra-party strife will kill any chance at keeping Trump from a second term and, what is more, prevent us from pointing the nation toward a more decent and more just society.

A version of this story appeared in the March 20-April 2, 2020 print issue under the headline: EJ Dionne's Code Red offers map to use in divided US politics.