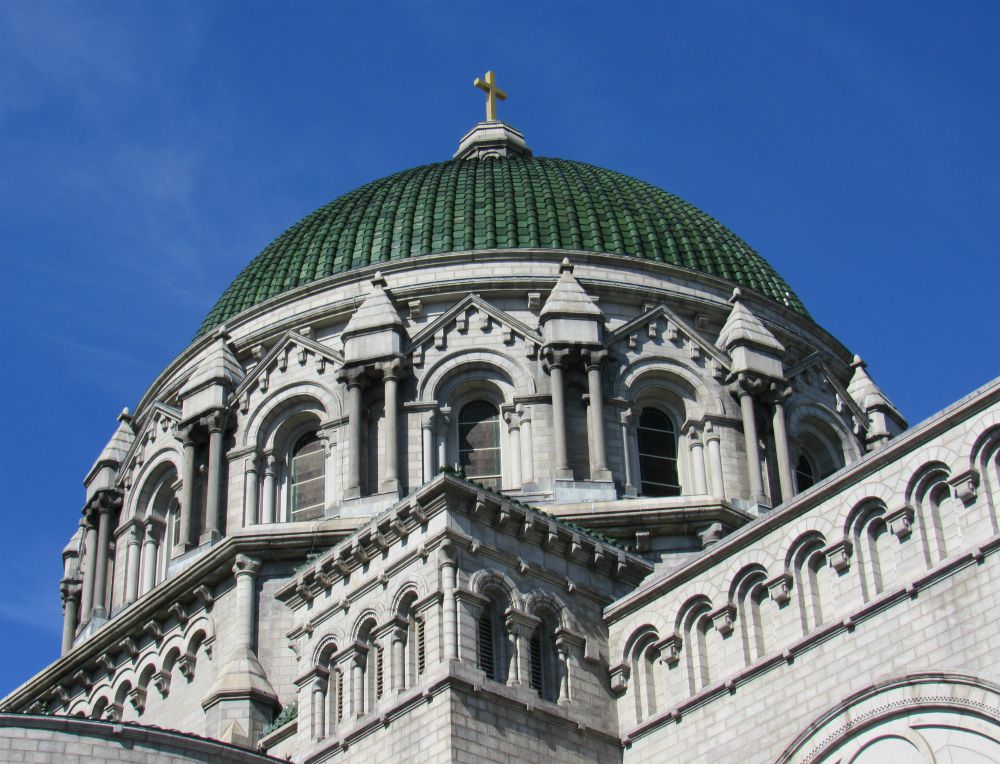 Mea culpa, mea culpa, mea maxima culpa. It is the end of the year, a time for looking back and looking forward. Today, I look back at some of the mistakes I made this past year and ask forgiveness for them.

Hopefully, but doubtfully, I will learn a lesson or two from those mistakes.

At the start of 2019, I offered my predictions for the life of the Catholic Church this year. I was not wrong to think it would by and large be a rough year for the church in the United States. The reforms that have come from the February Vatican summit on confronting clergy sex abuse have been outstanding and substantive, but the bishops themselves must step up to the plate to implement those reforms. For example, I do not know why it took so long to reach the obvious, and necessary, conclusion that Bishop Richard Malone of Buffalo had to be sacked.

The situation at the U.S. bishops' conference is worse than I thought it would be at this point in Francis' pontificate. Reports of a dreadful draft document on LGBT issues, prepared by Archbishop Charles Chaput, indicate how far we have to go. The sneaky decision to insert the adjective "preeminent" about abortion into the new introduction to the bishops' document on faithful citizenship represented the kind of rearguard action that I was surprised still won such a commanding majority of the bishops.

On the other hand, this time last year I completely neglected to mention the fact that the U.S. bishops would begin their "ad limina" visits to Rome in the autumn and these are, according to multiple sources, having a profound effect on many of the bishops. I do not suppose either Chaput or Bishop Joseph Strickland will become Francis fans anytime soon, but the majority of bishops who are not hostile to the pope but preferred the old regime are reportedly seeing the Holy Father in a new light.

I had also predicted that some major appointments would have been accomplished in the last year and that these might give hope. Alas, the work of the Congregation for Bishops is still astonishingly slow. Atlanta, Philadelphia and St. Louis have not been filled, nor has Birmingham, Alabama, important because it is home to the Eternal Word Television Network. The surprise appointment of a coadjutor in Seattle, Archbishop Paul Etienne, was good news and if the pope can name men of similar mind and demeanor to the other open sees, the conference will be on its way to a healthier future.

One event I did not see coming a year ago is the beginning of a reckoning within liberal Catholicism. I had asked if liberal Catholicism will mature into something more consequential, and said I doubted it. But then Villanova theology professor Massimo Faggioli gave a talk at the Catholic Theological Society of America that had the potential to start such a maturation. "[I]t is clear in my experience that the people who want to study Catholic theology are those who really want to be Catholic, and want to see in the theology programs something more openly Catholic in the sense of ecclesial," Faggioli said. "Granted some exceptions, most other students tend to be either bored by theology or baffled by it. The price for ignoring these movements may well be that theology will return to what it was until a few decades ago: the preserve of a self-interested and self-absorbed clerical clique — only, now with very few ordained clerics in its ranks and with no support from the institutional Catholic Church." Will this critique lead to some serious questions on the Catholic left, which has turned to academic theologians for leadership? We can hope.

That hope is an ambivalent one, to be sure. For example, this year a group of theologians at Boston College issued a report on seminary formation that showed a properly renewed focus on mission but also offered the somewhat self-serving idea that seminarians undertake their intellectual formation at a university alongside lay people, rather than in a seminary setting. As Bishop Robert McElroy pointed out, universities are also isolated cultures. Indeed, Boston College is planning a symposium on the topic of priestly formation in early January ― and they have barred the press and public. If the old clericalism of the clergy is going to be replaced by a new clericalism of the academics, count me out.

In the realm of politics, my greatest mistaken prediction was that New York State Attorney General Letitia James would become a household name as she pursued criminal wrong-doing by the president. President Donald Trump was ordered to pay a $2 million fine because of the abuses committed by his charity. But that decision caused very little stir because the Ukraine mess had already begun to consume the nation's attention. I wonder if it would have been better for the Democrats to stop the Ukraine investigation and focus on the wrong-doing at the president's charitable foundation. Very few Americans could find Ukraine on a map, and only a handful know what it is like to speak with a foreign head of state from the Oval Office. On the other hand, almost all Americans make some kind of charitable contribution and the idea that the charity they write the check to could be fraudulent might have resonated in a different way.

In the beginning of the year, I had offered the hope that two Democratic candidates, Sens. Bernie Sanders and Elizabeth Warren, might be able to refocus the Democratic Party away from the elite and extreme positions on social issues, like late-term abortion, and instead keep the spotlight on issues of economic injustice. Of the two, Sanders has proven the less likely to bring up, for example, the circumstance of transgender prisoners in a debate. Warren has, at times, sounded like a member of the cultural elite, Sanders only occasionally. To be clear, it is morally necessary to be compassionate to our transgender fellow citizens, but to harp on an issue that affects such a tiny sliver of the population, when you could be talking about the millions of Americans who are underemployed or unemployed, whose towns have only one growing industry, opioid distribution, and who look for the kind of structural change in the economy both Sanders and Warren are advocating, this is political stupidity. The failure of all Democratic candidates to recognize the understandable moral difficulties millions of Americans have with late-term abortion may be the very thing that keeps Trump in the White House for four more years. The extreme, elitist attitudes on these issues are a millstone around the neck of the Democratic Party.

In my articles I always try to be fair to those with whom I disagree. If I have failed in this and penned an unjust indictment of anyone's arguments or ideas, I apologize. The temptation to reach for the bons mots can so easily override our Christian obligation to charity. Especially in these divisive and consequential times, it is easy to see the person opposite as an enemy not an interlocutor, to condemn loudly the mote in their eye while ignoring the log in my own, to borrow a metaphor. Again, I apologize for any criticisms that were unfair.