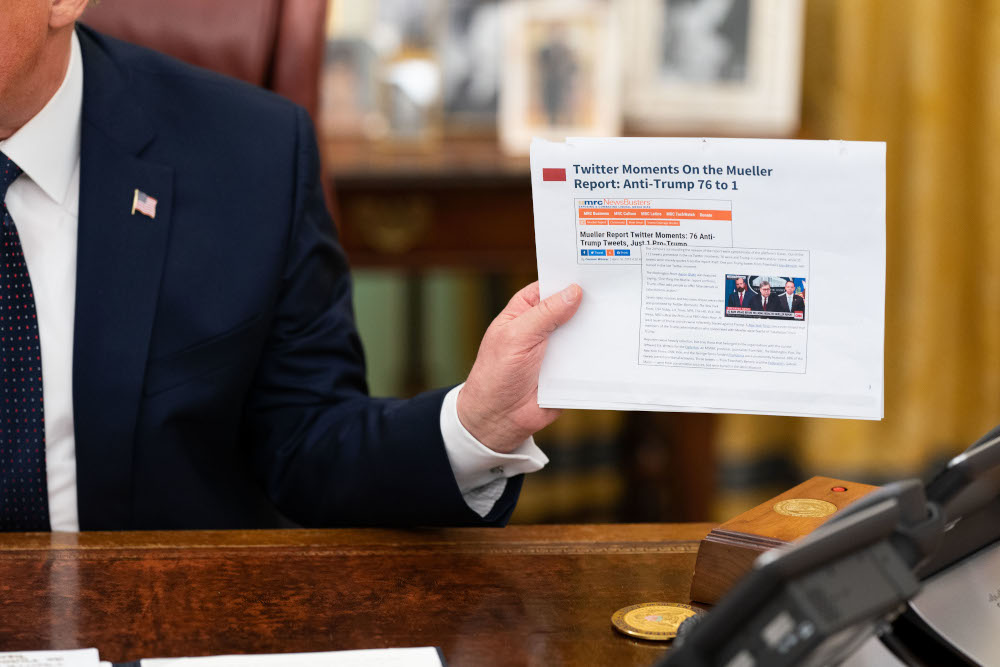 President Donald Trump speaks to members of the press prior to signing an Executive Order on Preventing Online Censorship May 28 in the Oval Office of the White House. (White House photo/Shealah Craighead)

Today, I am going to do something I never, ever thought I would do: Rise to the defense of Twitter. Call me guilty of moral relativism, but I find myself inclined to support almost any person or thing that President Donald Trump attacks, even if I have long harbored my own concerns about that person or thing.

Last week, Trump signed an executive order that strips social media outlets like Twitter of some of their liability protection. Except that the relevant statute, Section 230 of the Communications Decency Act, does not give the president any special powers to narrow — or expand — the liability provisions contained in the law beyond his constitutional duty to see that the laws are faithfully enforced. Just as he did the week before when he demanded that churches be reopened without any real legal role in opening or closing churches, Trump is singing from the King Canute hymnal, ordering the waves to recede.

When the president signed the faux executive order in the Oval Office, he was flanked by Attorney General William Barr. Barr functions like a big brother to the president, willing to fend off legal bullies who might obstruct his expansive understanding of Article II of the Constitution, which establishes presidential powers. "I have an Article 2 where I have the right to do whatever I want as president," Trump famously said last year.

Barr seems unwilling to explain to his chief that his understanding of his executive powers is not exactly correct. The attorney general is a fan of executive power, so maybe he just wants to see how far down the field Trump can carry the football. But Barr could at least point out, as his own oath of office compels him to do, that when Trump says "I have an Article 2," he misunderstands the nature of the document, that Article 2 belongs to all of us, as do the other articles, that the opening words of that document are "We the People" not "I alone can fix it."

When George Orwell penned his classic 1984, he did not have Barr in mind when he referred to Big Brother. His concern was totalitarian influence. While the world witnessed the horror of state control in the 20th century, we have also become increasingly worried about corporate control. This is not new. In the 1950s, social critics were deeply concerned and very vocal about the need to resist corporate-sponsored conformism and they celebrated a highly individualistic understanding of freedom. (Corporate marketeers took note!) Historian George Marsden wrote brilliantly about these critics in his book The Twilight of the American Enlightenment, which I reviewed here, and those critics were writing long before there was an internet!

Now, many Americans are as worried about corporate Big Brother as his governmental sibling, and that worry is very much focused on Big Tech. I remember the first time I searched online for a consumer purchase and soon found pop-up ads from companies I had never heard of flooding my inbox. It creeped me out. It still does, so I try really hard not to do any online searches for consumer products.

The irony of all this is that the concern Trump raises is not entirely wrong-headed, but he is the last person on the planet to champion the issue. If the premise for the conferral of liability protection is that social media platforms only serve as conduits for other people's information, then they really should not have to spend millions of dollars monitoring what is said on their platform. If you do not like what is said on the street corner, you can't sue the street, or the corner. But, then, on what basis should social media platforms be marking some items as suspicious and others not? On the other hand, if they had an especially prominent client routinely spreading misinformation, how can they justify ignoring that fact?

Back in 1996, who would have thought a public figure, let alone the president of the United States, would be the one whose conspiracy theories were so outrageous they needed to be flagged by Twitter? They flagged his false claims about voter fraud, but even more morally worrisome were the tweets that trafficked in the conspiracy theory that "Morning Joe" host and former GOP Congressman Joe Scarborough is guilty of murder. Sadly, that is where we are, and now that same president raises a worthwhile concern not because he thinks it has any merit, but because he worries some of his more than 80 million followers might begin to question his infallible utterances if Twitter places its red flag, inviting readers to check the facts.

Through the looking glass, Alice! 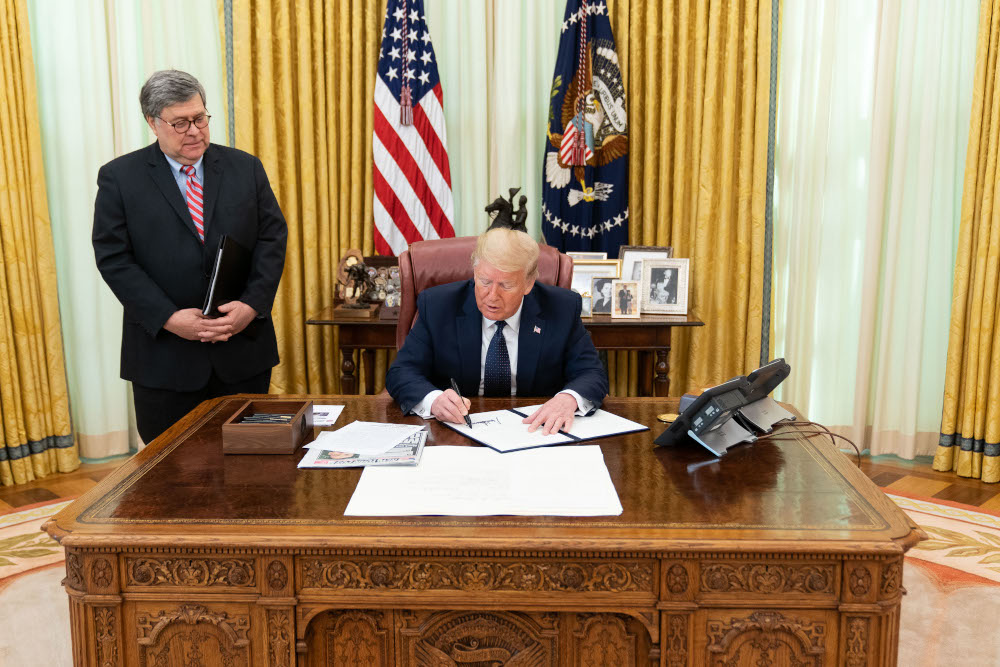 The president's behavior and comments are so untethered from reality, no one should be terribly surprised that the irony of his executive order is lost on him. But what is Barr's excuse? Has he also abandoned any concern for truth? Has he become that particular kind of sycophant who convinces himself that, without his presence, the unhinged principal would be even more reckless? He is not a former reality TV star. This is his second stint at the Justice Department. What moral calculation is he making to justify his involvement with this nonsense?

The problems with Twitter are many, and almost none of them would be solvable by executive order or legislation, even if it were put forward in good faith by a morally serious president. Twitter is a mirror that also accelerates our human capacity for reflexive vindictiveness. As if that ugly character trait needed acceleration! There is a reason I do not tweet but only use this medium for providing a link to my articles, putting them into the bloodstream of the commentariat. The fact that I sleep on a column, and that other eyes see it before publication, is no absolute guarantee that my opinions are judicious, but it helps.

What does not help is a president who rode Twitter to prominence, used it to dominate and divert and degrade the nation's political discourse, and now complains that it demands a sliver of accountability for his reckless tweets. And more than complain, he signs an executive order that will have no concrete effect but is a rallying point for his mobs and a threat to his enemies. Maybe it is not only Alice who slips through the looking glass, maybe it is the American Il Duce too. And the larger question is whether or not he will drag the rest of us with him as he has already dragged Bill Barr.