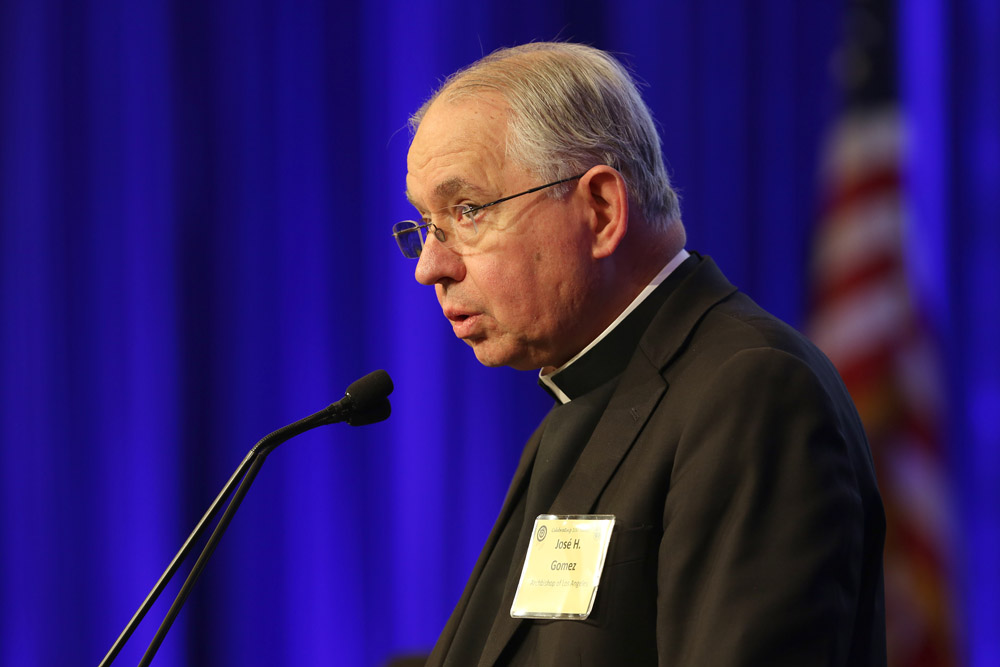 One of the realities of most organizations like the bishops' conference is that they tend to focus on the issues that unite their members, and not to focus on any issues that would highlight the internal divisions within the membership.

Immigration is one of the issues that unites the bishops and how could it not? Bishop Joe Vasquez of Austin, Texas, who chairs the Committee on Migration, told the body of bishops that the conference has "vigorously opposed" the Trump administration on a host of immigration related issues, from the number of refugees to be let into the country to the repeal of the Deferred Action for Childhood Arrivals and Temporary Protected Status programs. "Our teachings compel us to do so," he said. So do the demographics: A majority of Catholics under the age of 18 are Latino.

Vasquez presented data on those covered by DACA, the so-called "Dreamers." He noted that 85% of the Dreamers have lived here ten years or longer, 89% have gainful employment, 91% speak English well or very well, and 93% have graduated from high school. 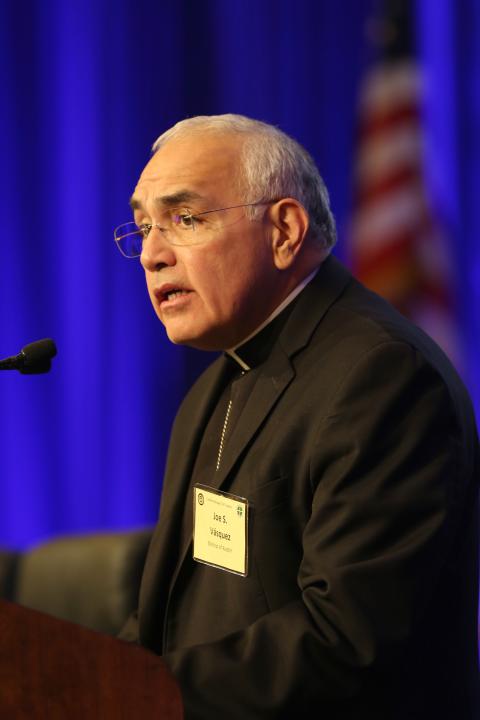 After Vasquez and Archbishop Jose Gomez addressed the plenary session about what the conference has been doing on behalf of migrants, all of the bishops who spoke endorsed a strong defense of immigrants. Cardinal Sean O'Malley spoke about a recent meeting with twenty DACA young people, and shared some of their stories, their hopes and their dreams. Cardinal Blase Cupich and Bishop Oscar Cantu spoke to the need to educate the people in the pews, many of whom buy into the hateful rhetoric against immigrants. Cantu noted that some use the language of prudential judgment, the fact that bad immigration policy is not an "intrinsic evil," to dodge the issue. Archbishop Thomas Wenski said, "You don't make America great by making America mean." Archbishop Salvatore Cordileone emphasized the seriousness and consistency of the church's teaching on this issue.

"Preserving family unity has been a consistent part of advocacy at USCCB and has recently been reaffirmed by Pope Francis and the Holy See," noted Gomez. Here is a point where the church stands opposed not only to Trump but to many Republicans in Congress who are not associated with the racism of the alt-right but who adopt a libertarian perspective, advocating the admission of immigrants based on a so-called "merit system," although the merit is understood only in utilitarian and economic terms. Here is an aspect of this issue for the bishops to speak about again and again.

Racism is another issue on which the bishops are united, if by united we mean that no bishops are in favor of racism. But, I do not suspect all the bishops understand the problem of racism in the same way. Some conservatives have always resisted the concept of systemic sin, and if racism is a sin, it must be acknowledged to be a systemic one. Bishop George Murry of Youngstown, who leads the Ad Hoc Committee Against Racism, addressed the body of bishops about the "historic evil of slavery," and was frank about the past failures of Catholic leaders to face the reality of racism. Indeed, the Catholic bishops of the United States, meeting in the Second Plenary Council of Baltimore in 1852, dodged the issue even though it was clear a showdown was coming.

There is no way to know if there is unanimity among the bishops on the issue of combating climate change. It is mighty strange that not a single presentation about the pope's only encyclical, Laudato Si', is on the agenda, nor did that encyclical earn a mention in the presidential address by Cardinal DiNardo nor in Archbishop Pierre's talk to the bishops. They have scheduled a discussion Nov. 14 about a pastoral plan for the family and marriage in light of Amoris Laetitia, but that document, too, went unmentioned by DiNardo or Pierre, surely in part because the bishops are strongly divided on how to implement that magisterial document. Some of the bishops are good friends with Cardinal Raymond Burke who has asserted that Amoris Laetitia is not a magisterial document.

Everything about the culture of the bishops argues against them ever allowing their division to be aired too obviously in public. The divisions are clear, this year most tellingly in the race for the next chair of the Pro-Life Activities Committee, which pits Cardinal Cupich against Archbishop Joseph Naumann of Kansas City, Kansas. Naumann is the embodiment of the culture warrior style of episcopal leadership and Cupich personifies the consistent ethic of life approach advocated by his predecessor in Chicago, Cardinal Joseph Bernardin. No one is sure how that vote will turn out. Everyone is sure the vote will be a quasi-referendum on support for Pope Francis. But, no one will say that on the record. In their home dioceses, bishops may reign like kings, but when they come together, the premium is on presenting a unified front. As the first day of their plenary came to a close, that unified front was on full display.