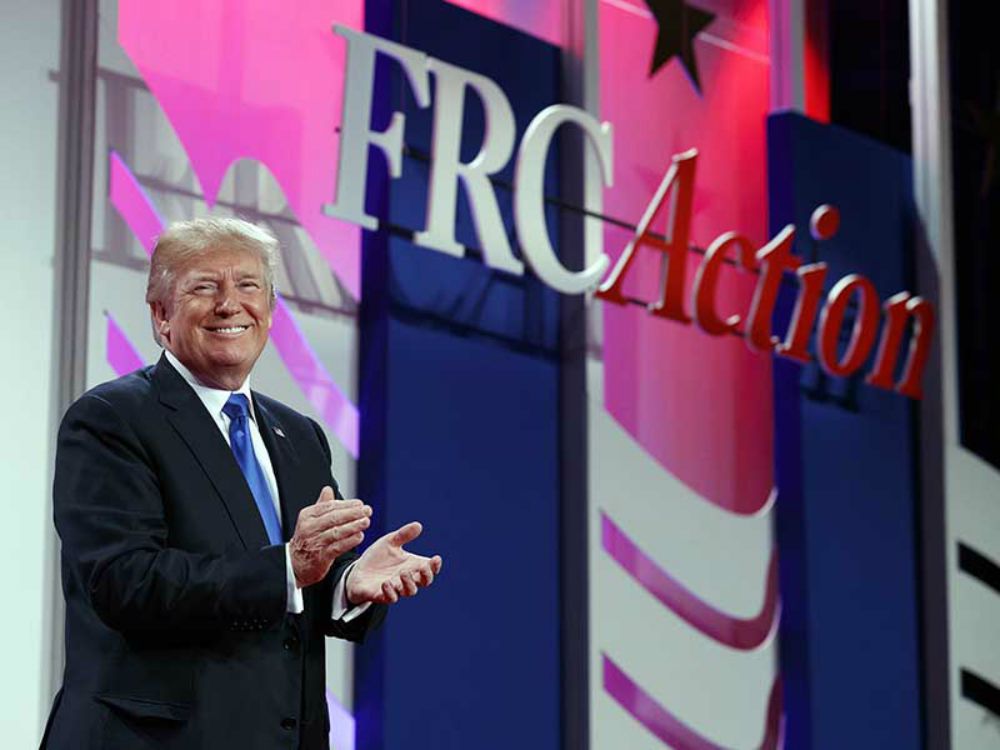 Last weekend, conservative evangelicals and Catholics gathered for the annual Values Voter Summit. Organized by the political arm of the Family Research Council, the summit features speakers drawn from the ranks of the conservative movement and allows participants a chance to network.

President Donald Trump became the first-ever sitting president to address the group. "We are stopping cold the attacks on Judeo-Christian values," the president told the crowd. "And something I've said so much during the last two years, but I'll say it again as we approach the end of the year. You know, we're getting near that beautiful Christmas season that people don't talk about anymore. They don't use the word 'Christmas' because it's not politically correct. You go to department stores, and they'll say, 'Happy New Year' and they'll say other things. And it will be red, they'll have it painted, but they don't say it. Well, guess what? We're saying 'Merry Christmas' again."

I have written before about this bizarre concern regarding the unwillingness of major retailers to use "Merry Christmas" in their advertising. In a nutshell: If you think the most awful thing American commerce has done to Christmas is introduce the phrase "Happy Holidays," you are not paying attention. And a room full of evangelicals talking about America's founding should be reminded that those pilgrims they are always celebrating barred the celebration of Christmas.

Reading the text of the president's remarks about saying "Merry Christmas," one sees that he is astute at gauging the public mood: This issue is a prime example of the political correctness that lots and lots of Americans really find nauseating. And, for Christians, this is the best example of what they detest about political correctness: elites telling them that what they say, what their parents said, and their grandparents before them, is offensive. I received an email on Columbus Day from a woman seeking a seat in the state legislature. "Happy Indigenous People's Day!" The email said. I replied, "I am an Italian," which is not technically true as I am only an honorary Italian. 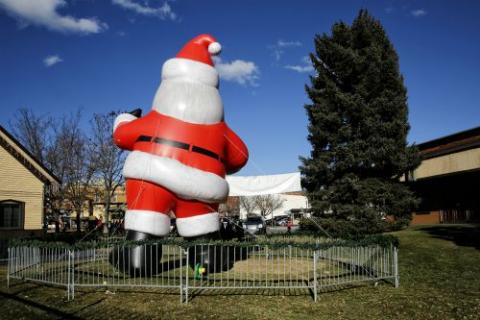 On the other hand, the president's remarks about Christmas and the enthusiastic response he received, indeed, the whole fact this is even an issue, illustrates how far many Christians have strayed from the core of the Gospel. The babe born into poverty, soon to be a refugee, a Semite, this is not the kind of person Donald Trump usually cares about. He, and his audience, seems to grasp at the Christian mystery but then totally botch it. Remember "the little cracker" comment about Communion?

The whole episode puts me in mind of a piece by James Fallows years and years ago, I think it ran in The New Yorker, about how Japanese culture was keen to mimic cultural memes from the U.S., even making them a major focus for their advertising campaigns, but that they sometimes would get the cultural translation wrong in spectacular fashion. He cited a downtown Tokyo department store that had a huge Christmas display, the center piece of which was Santa Claus … nailed to the cross. That image came to mind watching Trump get applauded at the summit.

The president added, "And as a Christmas gift to all of our hardworking families, we hope Congress will pass massive tax cuts for the American people." His tax cut showers billions on the Herods of today, leaving little for the contemporary Marys and Josephs who struggle for a living. Stephen Schneck, writing at US Catholic, has given the definitive Catholic response to the president's tax cuts proposals.

What was different about this year's summit was the openness with which the participants revealed their sympathy for ethnic nationalism. Steve Bannon and his acolyte, Sebastian Gorka, both addressed the gathering. Politico reported on this nostalgic yearning for a more culturally Christian yesteryear here. They may not care about tariffs, but this crowd frets about immigration, and not because of the injustices perpetrated against the immigrants. Multi-ethnicism, like multi-culturalism, is perceived as a threat. So much for St. Paul's observation that in Christ there is no longer Jew nor Gentile.

A rigid sense of identity grows strongest when it is threatened. Robert P. Jones of the Public Religion Research Institute has been documenting the demographic decline of white Christians for years, and his book on the subject provides incontrovertible evidence of, and examines some of the cultural and political implications of, this decline. I review The End of White Christian America in two parts, here and here.

So, perhaps we shouldn't be surprised that evangelicals so warmly embrace our thrice-married president who bragged about groping married women and whose grasp of Christian theology is miniscule. What is surprising is how self-evidently this yearning stands athwart bedrock Christian values, and how ugly and mean some of the expressions of that yearning have become. Concern for the poor and the immigrant is not a novelty of the Obama-era. The Civil Rights movement was born in the churches. Martial patriotism has intertwined with Christian themes for centuries yet, still, the one whose birth is recalled in the phrase "Merry Christmas" is known as the Prince of Peace.

Also surprising is the degree to which conservative Catholics have learned to sing from this nationalist hymnal. Bannon and Gorka are Catholics, and the latter is a regular on EWTN's "The World Over." Anti-Muslim extremist Frank Gaffney spoke to the summit, and he is a contributor at the "Catholic Exchange." Laura Ingraham, a rightwing provocateur, is also a Catholic, also a regular on EWTN, and she too addressed the summit.

When Jesuit Fr. Antonio Spadaro published his essay, popularly dubbed "the ecumenism of hate," this past summer, he drew much criticism. His thesis that there had emerged an alliance of conservative Christians premised not on the Gospel values of love and inclusion but of hatred and exclusion was deemed unfair. Watching the proceedings at the Values Voter Summit, can anyone really deny Spadaro was on to something?