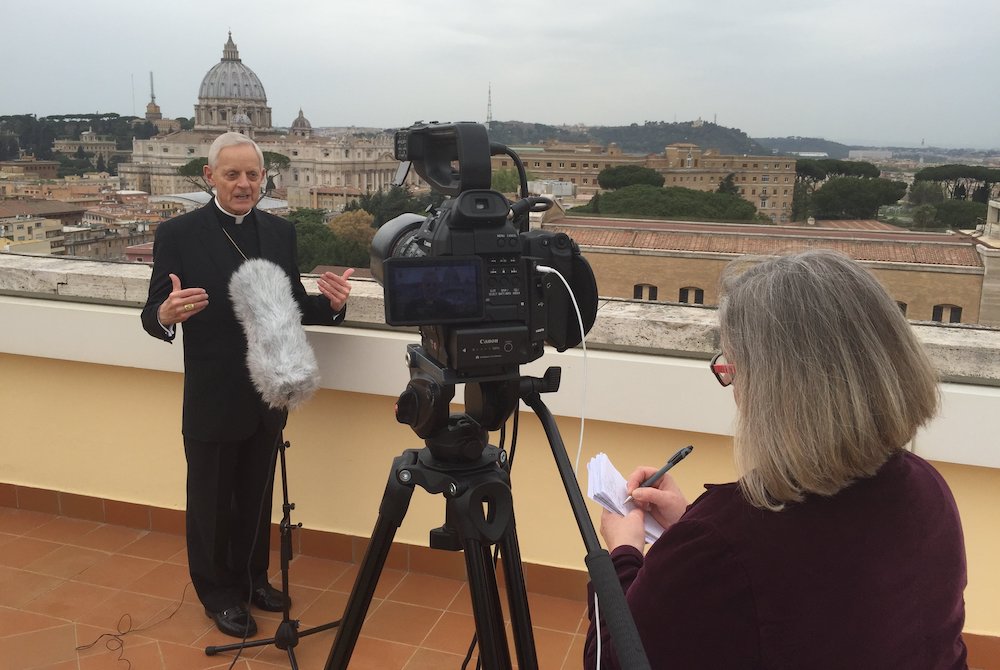 In every industry, there are the die-hard professionals: the ones you can count on to do the job day-in, day-out, with a minimum of fuss or any clamor for recognition.

For those of us in the journalism business, that's the wire service reporters: those often-harried folks usually clocking extended hours to make sure that any event with even a semblance of news interest receives coverage.

At daily newspapers, services like the Associated Press (AP) and Reuters fill the gap when an editor just doesn't have the resources to assign an in-house reporter to a story. In the Catholic press, there's really only one gold standard: Catholic News Service (CNS).

Founded in 1920 as part of what was then the National Catholic Welfare Council and is now the U.S. bishops' conference, CNS is a reliable, fair-handed operation. Its journalists are professionals, many with previous experience in the secular realm, and not seeking to be catechists or, worse, apologists for the faith.

Pick a significant event in the life of church or country in the past 100 years and, more than likely, a CNS reporter was there to provide clean copy for subscribers like NCR to use as needed. Our editors often in fact mistakenly receive compliments for coverage that appears on our site but was provided by CNS. (We also often receive comments about the completely unrelated EWTN-owned outfit, Catholic News Agency, which NCR does not use).

In Rome, the steadfastness of the CNS bureau is the stuff of legend. Almost every papal speech gets coverage (including the many Pope Francis ad-libs), and almost every event is photographed (and often videoed, too). That its leader, Cindy Wooden, is a lay woman — and dedicated professional — in a city of clerics is an added important fact.

Obviously, Catholic News Service's ownership structure means certain areas of coverage aren't as "on the table" as we might like. We won't be expecting them to report intensely on movements for women's ordination or for better inclusion of LGBTQ persons in church ministries, for example.

(The unfortunate 2016 firing of former editor-in-chief Tony Spence showed the bishops to be particularly and unreasonably sensitive about the second issue.)

But the work of CNS remains a real service, in the truest sense of the word.

As Francis told the members of its Rome bureau staff during a special anniversary meeting at the Domus Sanctae Marthae Feb. 1: "Over these past hundred years, Catholic News Service has provided an invaluable contribution to the English-speaking world."

We couldn't agree more. 100 looks good on you, CNS. Here's to many more. Ad multos annos.

Click the arrows to the left and right of the image above to view various Catholic News Service staff through the years.

A version of this story appeared in the Feb 19-March 4, 2021 print issue under the headline: NCR thanks the US bishops (well, their news service).