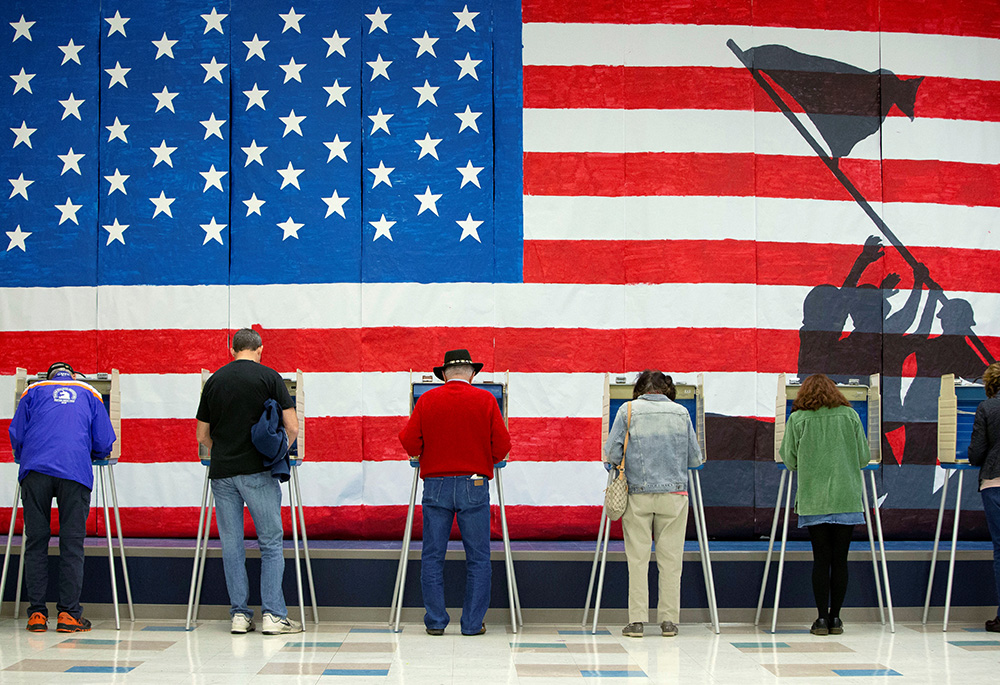 Superlatives lose their meaning if overused, but it's fair to say that the 2022 midterm elections could go down in history as one of the most important in this country's history.

Polls continue to indicate that the economy and inflation are at the top of voters' minds, and no one can deny that such "kitchen table issues" hit Americans close to home. In addition, a number of other urgent issues also are vying for voters' attention this fall — racism, immigration, global warming, foreign policy and the legality of abortion, among them. Yet the most consequential issue facing the country is democracy itself.

The foundational concept that free and fair elections should determine our country's leaders is under attack, with election denialism spreading across the country, according to an in-depth analysis based on news reports, debate footage, campaign materials, social media and interviews with candidates. Sixty percent of Americans will have an election denier on the ballot when they go to the polls on Nov. 8, according to the website FiveThirtyEight.

"Out of 552 total Republican nominees running for office, we found 200 who fully denied the legitimacy of the 2020 election," according to the report. "These candidates either clearly stated that the election was stolen from Trump or took legal action to overturn the results, such as voting not to certify election results or joining lawsuits that sought to overturn the election."

Curiously, these politicians never deny the results of elections that they or their like-minded colleagues win.

And it's not just the 2020 presidential election Republicans (and they are predominantly Republicans) are challenging. Twelve of 19 GOP candidates for governor or Senate seats told The Washington Post last month that they either refused to commit to accepting the results of their upcoming contests, or declined to answer the question.

The attempted insurrection on Jan. 6, 2021, only confirmed what historians who study the rise of authoritarianism and fascism have been saying for years: Donald Trump and his supporters represent a serious threat to America's democracy. Former Secretary of State Madeleine Albright's book title summed it up simply: Fascism: A Warning.

Related: Editorial: Somber anniversary of Jan. 6 reminds us of the threat to our democracy

It's a warning voters — including Catholics — must heed this November.

First, Catholics must vote and participate in the political process. As the U.S. bishops write in their document "Forming Consciences for Faithful Citizenship": "In the Catholic Tradition, responsible citizenship is a virtue, and participation in political life is a moral obligation."

Yet, in the United States, a significant percentage of eligible voters don't exercise their right to cast a ballot — a right currently threatened by unfair restrictions aimed at people of color and those who tend to vote Democratic. Kudos to Catholic sisters, through both the National Black Sisters' Conference and the Leadership Conference of Women Religious, who have gone on record calling out the racism of such voting restrictions.

Midterm elections typically attract even smaller numbers of voters, although the 2018 midterms set a modern record for midterm turnout with 50.1% of the electorate voting. Some experts are predicting similar record turnout, on the part of both Democrats and Republicans, this year.

But beyond mere turnout, Catholics must also seriously examine their consciences about whom they vote for, prioritizing candidates who stand for the rule of law and for accepting election results.

As panelists at a recent conversation among Catholic activists on the topic of "Protecting Democracy and Voting Rights" agreed, democracy is the best system of government to ensure human rights, promote justice and fairness for those on the margins, and serve the common good — all Catholic values.

"If we don't have a democracy, we can't count on having voting rights, racial equity, economic or ecological justice, or respect for the dignity of immigrants," said panelist Joan Neal, deputy executive director and chief equity officer at Network Lobby for Catholic Social Justice. "Without a democracy, we cannot count on participatory government that will allow every voice to be heard and every opportunity to be equitable. These things are all connected."

Pope Francis also has stressed the necessity for people to be "dignified agents of their own destiny," which only democracy provides. Yet sadly, while Americans agree that democracy is under attack, recent polling says they still prioritize economic issues. Nearly 40% of registered voters were either somewhat or very comfortable voting for a candidate that said the 2020 election was stolen.

We Catholics bring our Catholic values to the public square when we vote and participate in civic life, especially around moral issues. This year, democracy itself is a moral issue. We must vote with that, above all, in mind.

This story appears in the 2022 midterm elections feature series. View the full series.
A version of this story appeared in the Oct 28-Nov 10, 2022 print issue under the headline: Vote as if the country's existence depends on it.