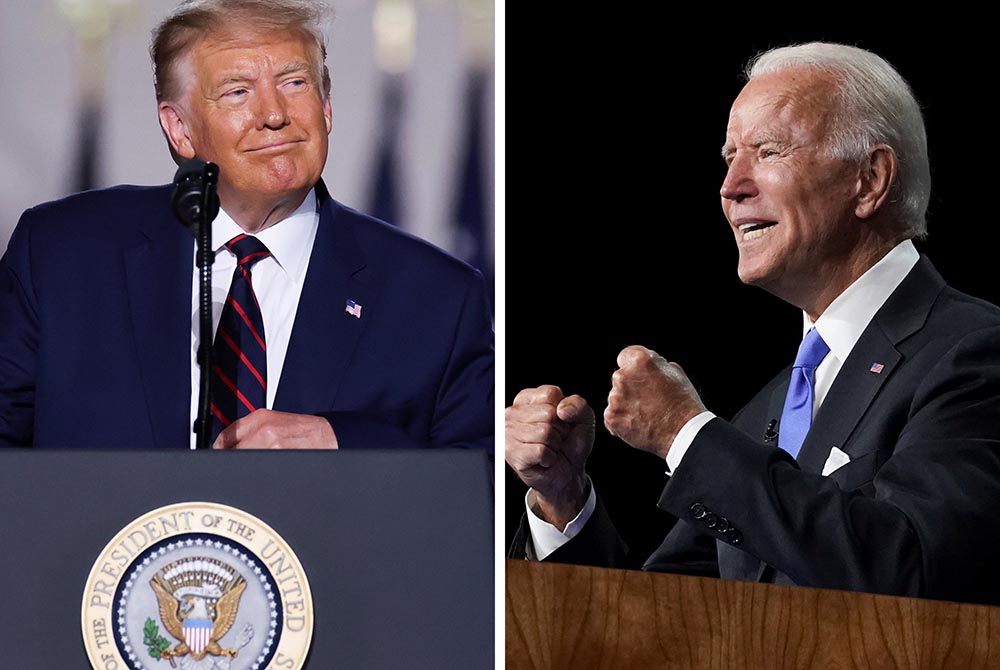 After the Democratic National Convention, which already seems like it happened a year ago, the evangelist and missionary Franklin Graham posted on Facebook, "In watching some of the Democratic National Convention on television this week, it has been interesting to see the absence of God. I don't believe America's finest hours will be in front of us if we take God out of government and public life." That post was shared some 97,000 times, and many followers of Jesus and Donald Trump responded with an "amen."

So how could Graham have missed former Vice President Joe Biden talking about God as his guide in all things? ("I found the best way through pain and loss and grief is to find purpose," he said, and "as God's children each of us have a purpose in our lives.") Didn't he hear the same testimonials I did?

Could be he was refilling the chip bowl when House Speaker Nancy Pelosi said, "Joe Biden's faith in God gives him the strength to lead," and again when former President Barack Obama said his friend Joe is "someone whose faith has endured the hardest loss there is." God, as some of us believe is always the case, was everywhere at the Democrats' convention.

But then, maybe Graham didn't recognize the God who was so in evidence at the DNC. Just as, to be honest, I'm not overly familiar with the one evoked at the Republican National Convention.

They were so different, in fact, that I'm afraid that it's no longer true, as Obama suggested in his career-making keynote at the DNC in 2004, that we worship the same "awesome God" in the blue states as in the red.

Biden's faith compels him to get up every day determined to help the people God puts in front of him, from a boy with a stutter to that stranger's Grammy he offered to sit with in the hospital. And then they weren't strangers anymore.

Trump's God is more of a life coach, and one with nothing but encouragement. He has said in the past that he has never really asked God for forgiveness. Even when told that might actually be required of him as a Christian, he said, "Hopefully I won't have to be asking for much forgiveness." Especially, he said, since he does so well with Christian voters. "Jesus to me is somebody I can think about for security and confidence." What his faith tells him is that if he did it, then it must not be wrong. And if someone he disagrees with did it, well then it can't be right. This attitude is contagious, apparently.

The God evoked by Lou Holtz at the RNC was, well, Lou Holtz himself, judging Biden and his running mate Kamala Harris to be "Catholics in name only." (Actually, Coach, she's a Baptist.)

Sr. Dede Byrne's God has assured her that "Donald Trump is the most pro-life president this nation has ever had, defending life at all stages." If life ended at birth, this would be accurate.

Mike Pence's God seems to feel strongly about gun rights, in keeping with "all of the God-given rights enshrined in our Constitution, including the Second Amendment right to keep and bear arms." And racially, I'm sorry to say, Pence's God might not even be on the side of the angels.

"If you want a president who falls silent when our heritage is demeaned or insulted," Pence said of Trump, then "he's not your man. "Heritage" in this context is a full-throated shout-out to Dixie, and though white supremacy has always been rationalized by biblical references, that distortion has always been wrong.

Fact-checking a political speech is almost always a workout, but for such a godly bunch, there was an awful lot of flat-out lying from Republican speakers. Florida Rep. Matt Gaetz said President Biden would "disarm you, empty the prisons, lock you in your home, and invite MS-13 to live next door." Senate Majority Leader Mitch McConnell said that if Joe Biden wins this thing, the government will even be coming for our hamburgers.

There's quite a difference between believing that we're all of equal worth in God's eyes, and humble before him, and that, as Trump says, "There is no one like us on Earth" and that we refuse to be "tied down, held back, or in any way reined in."

I really don't want to believe that Trump's Republican Party worships nothing more unreservedly than Trump himself; that can't be right.

But listening to one speaker after another praise him as "the defender of Western civilization" and someone without whom we'd be utterly lost — "Can you imagine what would happen to us if President Trump had not shown up in 2016 to run for president?" — I will say that I've never put that kind of faith in any politician, and wouldn't want to.

[Melinda Henneberger is a columnist and editorial writer for the Kansas City Star and writes a monthly column for USA Today.]

This story appears in the Election 2020 feature series. View the full series.
A version of this story appeared in the Sept 18-Oct 1, 2020 print issue under the headline: Do both parties worship the same God?.