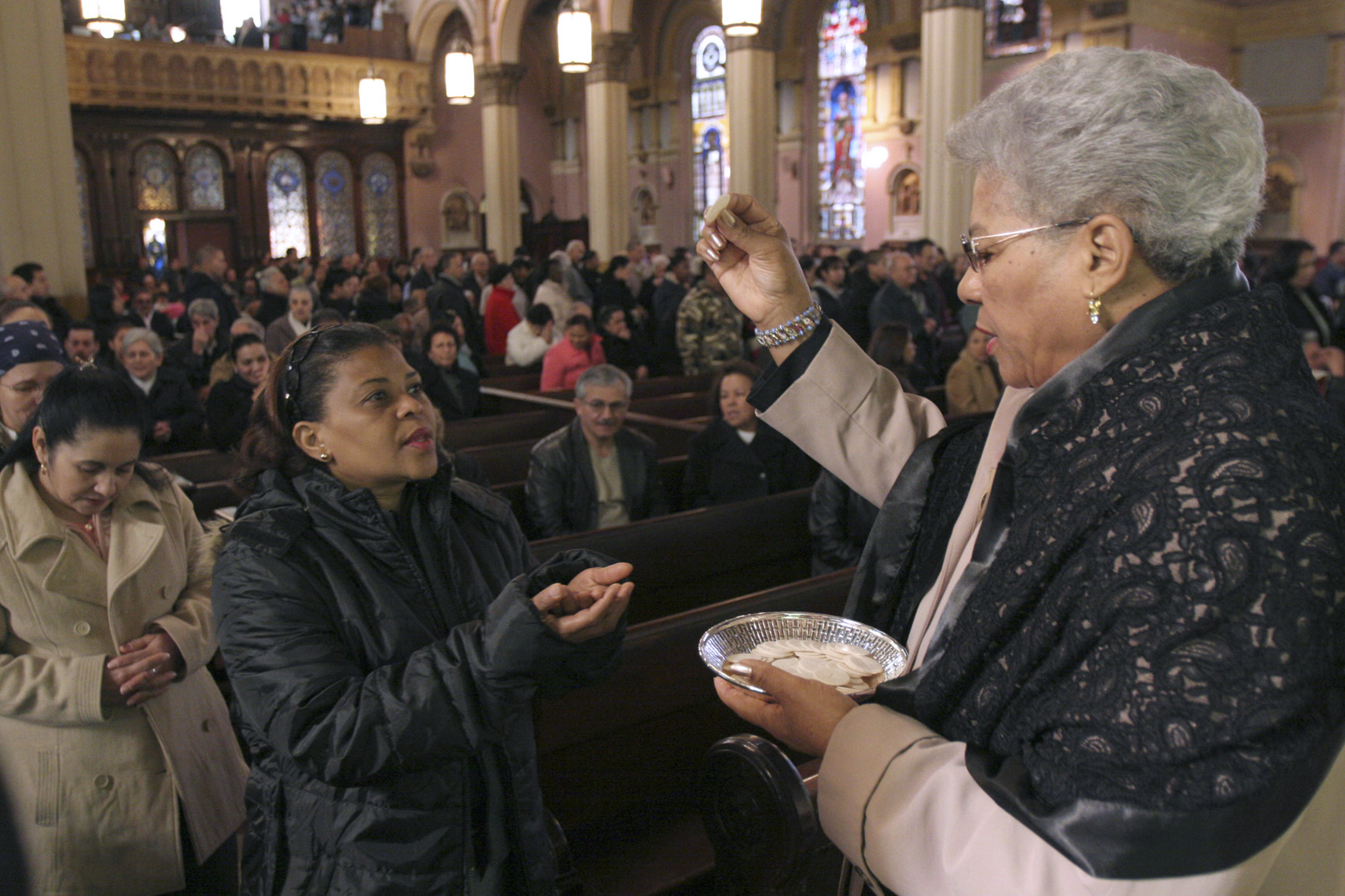 While bishops scramble to find their way out of the woods, attempting to disprove the illusion that rulers are capable of reforming themselves, the laity hold the key to whether anything fundamentally will reform the church.

So far lay people are either leaving the repair work to the clergy and hierarchy or taking that final step out the door, leaving the church behind. That's mainly the passive role they've been taught over the centuries by a theology that dispenses divine authority in the ordained ranks and expects lay people to obey.

That neat formulation has been fractured as more ordinary Catholics disagree with the authorities on particular teachings and go their own way. In America, this adjustment has reflected the culture's passion for individual rights and the Second Vatican Council's reminder that an informed conscience can overrule doctrine. Absolute truth is the province of the hierarchy; street-level truth the growing preserve of a democratic society. Same structure remains but the fear of disobedience has largely disappeared.

The result of mingling the two sources has fostered a complex laity that is less prone to take the bishop's word as final and lives in varying degrees of separation from the church's standards of true membership. That looser connection has become a comfortable compromise among many Catholics — "they" can lay down the law as they see fit; "we" can accept a Catholic identity that doesn't buy the whole package.

Supporters of the traditional division between rulers and ruled have assailed this settlement as "cafeteria Catholicism," which undermines the authenticity of the church's witness to truth. They argue that you can just choose which doctrine you will heed and reject others. That accusation has stung many lay people who had departed from the catechism on birth control, capital punishment and other teachings. Over the years, however, dissent has become common and less stressful. Meanwhile, the clergy sex abuse scandal and cover-ups have revealed a Catholic cafeteria of another kind, involving nothing like a rigorously informed conscience.

The widespread evidence of a widening gap between official teaching and private behavior makes it less likely that the laity will generate a response that can revamp the church at its very core — re-defining the meaning of ordination and recasting of how elements of the church relate to one another in a manner reflecting the Body of Christ.

Re-thinking the nature of the church in such foundational terms won't occupy the bishops. They have too much too lose, too much to admit.  And I'm enough of a Calvinist to believe that human depravity won't end with clerical abuses. If the laity could capture the dynamic concept of a pilgrim church, constantly beset by flaws and the need for confession but moving ahead by grace, that would be an astounding, liberating achievement.

At the moment, however, that seems like a very remote possibility. If bishops' loyalty to their own privilege hampers them, the laity appears to reflexively dismiss an opportunity to assert itself. Up to now, a flow of thoughtful letters, articles and discussions has conveyed a powerful level of dismay, disgust and diagnoses of the scandal's causes. Remedies focus on such issues as celibacy, authority, ordination and homosexuality within the clergy and hierarchy.  The implication is that the clergy will be the final arbiters of the self-examination.

It wouldn't have to be so limited to the already-in-command, but the laity has demonstrated little willingness to create their own forum with latitude for a broad range of views. Using untapped leverage, resulting convictions could have impact in a setting where a church that has bottomed out breaks open to renewal in the deepest sense.

A groundswell of lay assertion would depend on great resolve that doesn't appear to exist. The laity have in general located their contemporary Catholicism at a certain remove from the voices of authority where there must be little motive to do more than bewail the catastrophe that they didn't cause or don't feel responsible for fixing. They may well feel justified in their longstanding doubts about authority and satisfied to let the clerics figure out their own fate because they are no longer invested in it the way their forbears were.

It's hard to imagine, however, a renewed church that doesn't arise in large degree from the bottom up, from those never in recent decades accorded a formative role in how the church will conduct itself. The "people of God" imagery from Vatican II could come closer to fulfillment.

For now, the watchers from the sidelines can observe the crisis-driven spectacle by their appointed leaders while their essential outlook goes untapped.