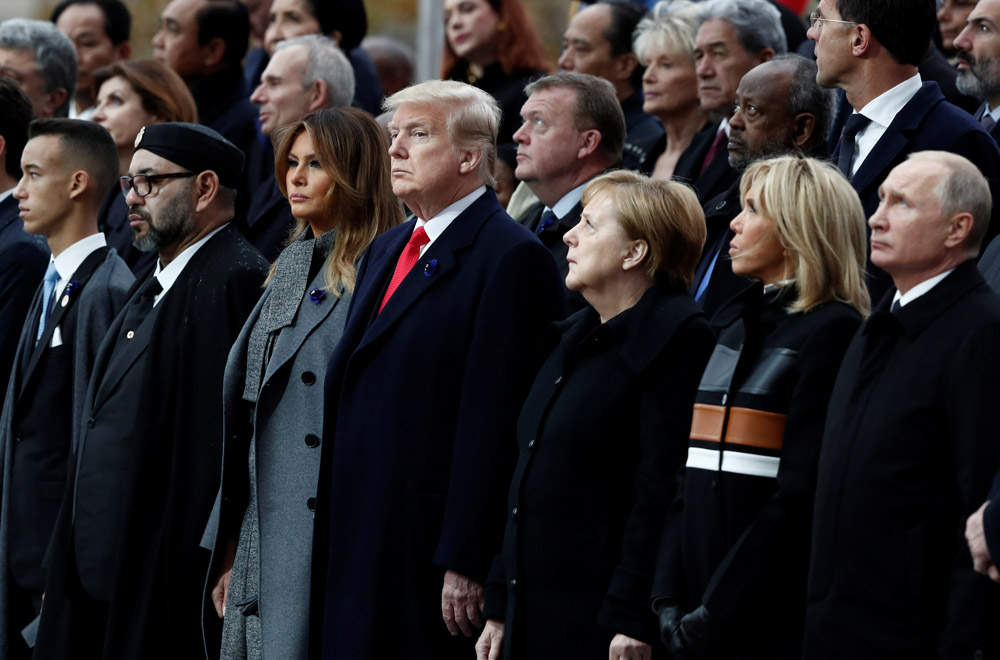 I have felt little optimism about the matters of church and state that I have been reflecting on in my recent blog posts. I am, however, feeling a cautious note of optimism today about the future of our country.

Many, including me, have expressed concerns that the presidency of Donald Trump may not be an anomaly, but may be an enduring feature of the American scene — perhaps even the global scene. I think there are some intriguing signs at this point that that may not be the case.

Let's start with the midterm elections. Democrats received nearly 9 million more votes than Republicans in these elections. This election can clearly be interpreted as the American people rejecting Trumpism. The Democrats retook the majority in the House of Representatives; as of Dec. 4, they had gained 39 House seats. They gained significantly in governorships and state legislatures. They won in Republican areas as well as Democratic strongholds.

The new Democratic majority will have real power and they seem more than willing to exercise it. They hold subpoena power to demand critical documents and to force the testimony of relevant officials. They will be conducting probing investigations and public hearings so that the American people can see and judge for themselves the activities of this administration.

The probe by special counsel Robert Mueller appears to be advancing to the heart of the investigation. The latest guilty plea by Trump's personal lawyer, Michael Cohen, provides tantalizing hints of possible connections to the president himself. The next few weeks may well be enlightening.

I think sufficient evidence has been produced to suggest that the results of these investigations and potential indictments could include impeachment, resignation or at a minimum a deterioration of the Trump image, even among his supporters.

Related: Is it time to talk about Trump's impeachment?

Thus, it is difficult to see how Donald Trump could be reelected in 2020. Of course, there are still clouds on the horizon. There can be little doubt that this president will fight for himself, his family and his presidency to the very end. The appointment of Matthew Whitaker as his interim attorney general is a worrisome sign. Yet thus far Whitaker has not entered the fray. Perhaps he is compromised by some of his own past actions. We will just have to wait and see how that appointment plays out. We will have to see what the president's strategy in this fight will turn out to be. A slow Saturday night massacre is still a real possibility.

My final source of confidence in the future comes from the passing of President George H. W. Bush. We are experiencing an incredible week that will contrast our current president with Bush 41. It provides a crystal-clear reminder of what a presidency is meant to be and what it should look like.

Already an air of bipartisanship and nostalgia can be felt in Washington. I certainly think there is every reason to envision the next president of the United States being much more in the mold of George H. W. Bush than Donald J. Trump.

Of course, no matter what happens, the damage done by this administration will linger well into the future. Judicial appointments and the direction of the Supreme Court are major concerns. The coarsening of rhetoric and the empowerment of hate-filled groups will not dissipate overnight. The divided country we are part of won't disappear any time soon.

Yet, I think there will be a great relief to be rid of the chaos and division that have been Trump. If not an end to division, there may at least be a truce or cooling off period which will provide an opportunity for civility and decorum to reassert itself. I do think we will see a return to supporting our natural allies, and a recognition of who our adversaries are, as we have known them to be in the past. We will be seeing more conventional and appropriate presidential rhetoric and behavior emanating from the White House.