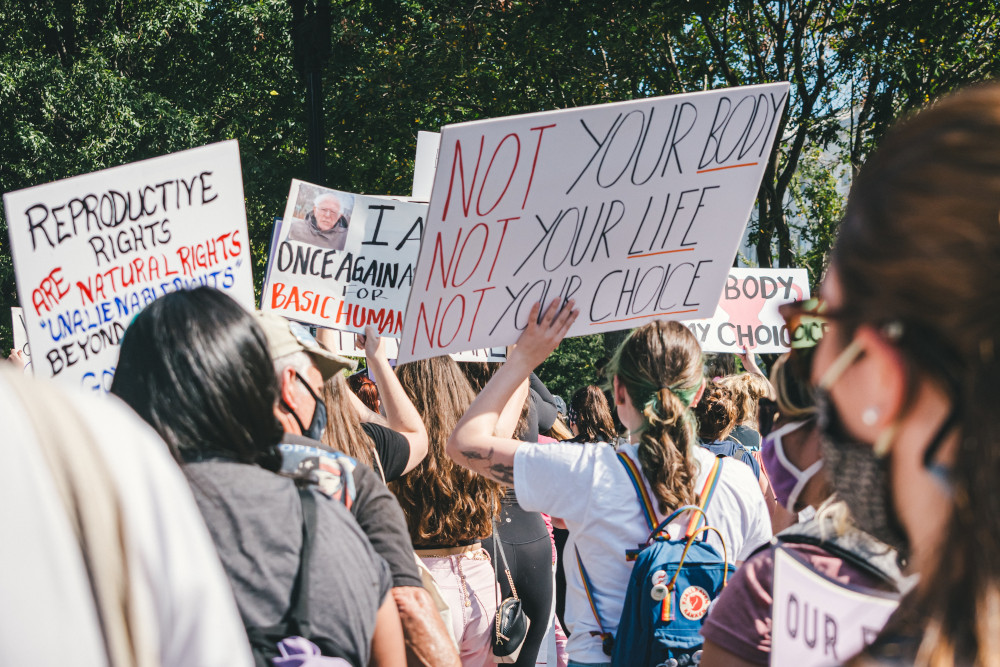 "For from this source, as from a poisoned spring, have originated and spread all the errors of individualist economic teaching," wrote Pope Pius XI in his 1931 encyclical Quadragesimo anno. Pius was speaking of the free competition of economic forces, what we would come to know as laissez-faire economics, but his dictum applies equally to other areas of human society. In a word, the Catholic moral imagination can stretch in many ways, but it can never start from nor embrace libertarian principles. Human freedom is a positive good, but it is always answerable to the common good and the moral law.

Sadly, since the U.S. Supreme Court overturned Roe v. Wade in June, most Democrats, including most Catholic Democrats, have resorted to a libertarian position: "You can't tell a woman what to do with her body!" They seem undeterred and unconcerned by the fact that this same slogan was quite recently the mantra of those who refused to get vaccinated against COVID-19 or wear a mask in public.

Bodily integrity is a venerable value in our Anglo-Saxon legal traditions to be sure, but most parts of the body share the same DNA as the other parts, so this slogan, when applied to abortion, is as imprecise from a biological perspective as it is wanting from a philosophic one. Besides, our laws tell all of us lots of things we can't do with our bodies if harm to another person would be caused: We can't take certain drugs, we can't drink and then attempt to drive, we can't commit suicide.

For 50 years, Catholic voters have been able to stand on intellectually consistent, morally sound terrain: the consistent ethic of life. First articulated by Cardinal Joseph Bernardin, the idea was simple: Human life is a precious gift from God that we must defend in our personal and public lives. It was the special and blessed role of pro-life Democrats, mindful of the complexities of law in a pluralistic society, to remind our politicians that this gift demanded more than laws limiting abortion, that poverty and healthcare and the dignity of women must be integrated into our defense of life.

As Bishop Michael Kenny of Juneau, Alaska, wrote in 1986, "The aborted child, the executed criminal and the enemy slain in war are not victims in a univocal sense. But the agent of each of these exterminations is a human, individual or society, that finds the only or necessary solution in the ultimate act of violence, the destruction of human life."

Sadly, I have not heard many liberal Catholics invoke or defend the consistent ethic these past few months. The fact that nerves are raw in the wake of the Dobbs vs. Jackson Women's Health Organization decision is a qualifier, not a get-out-of-jail free card.

Without a morally consistent position, the debate about what should happen now has been turned over to the extremists. Pro-life extremists, like Bill Donohue of the Catholic League, are opposed to all abortions. Pro-choice extremists, like Jamie Manson of Catholics for Choice, denounce any restrictions on abortion as a gross injustice. Both sides keep the culture wars at full tilt and the special interest donations flowing.

The symbiotic relationship between pro-life and pro-choice groups should be enough to give the rest of us pause. No one needs Donohue more than Manson, and no one needs Manson more than Donohue.

For pro-life Democrats like myself, we are accustomed to holding our nose come election time. When Donald Trump was on the ballot, his comprehensive attacks on human life and dignity in most other contexts made it easy to vote for Hillary Clinton and Joe Biden, not least because abortion was not a central theme of their candidacies. In 2012, after the Democratic National Convention in Charlotte was dubbed "abortionpalooza" by the incomparable journalist Melinda Henneberger, I couldn't bring myself to vote for the Democrats that year and wrote in a candidate. If Trump, not Mitt Romney, had been the GOP nominee that year, I would have felt differently. Abortion is not the only issue with a claim on the Catholic conscience. 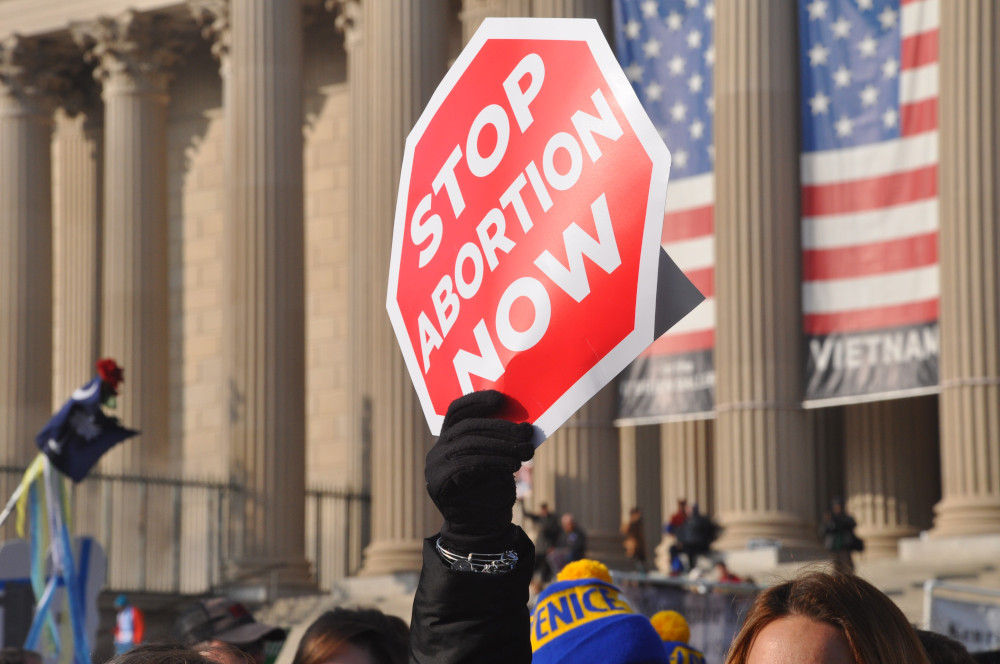 This year, it looks like the Democrats are hoping the abortion issue will keep them from the kind of midterm shellacking the party in power usually receives. Wisconsin Democratic Senate candidate Mandela Barnes began focusing on abortion when his poll numbers began to flag. Here in Connecticut, you can't watch an hour of news without seeing half a dozen pro-choice ads. Political forecasters have predicted the abortion issue could "upend" the midterms.

The New York Times reported that, in the wake of Dobbs, women were registering to vote in far greater numbers than men. "In Pennsylvania, more than 40,000 people registered over nearly two months after the Dobbs decision, compared with around 30,000 in the same number of days before the ruling was leaked in early May, according to the state's voter roll," the newspaper of record reported. "Women went from about half of those new registrants before the leak to 56 percent after."

Pennsylvania has 8,795,652 voters registered as of Oct. 3, 2022. And it is true that Biden beat Trump by only 80,555 votes in 2020, and midterms are all about turnout. Still, registration numbers for both parties are down in the Keystone state's two Democratic bastions, Philadelphia and Pittsburgh, and it is hard to see how the modest uptick in women vs. men will make a difference, even if you assume all the extra women are pro-choice.

Now, however, the Times had to report that, with the rise of gas prices, its own poll shows voters who list abortion as their most important issue has declined to its usual 5%. Conversely, 26% cited the economy as the most important issue and another 18% named inflation. It is a dictum of politics in modern America that if the economy is bad, it is the only issue, and if it is good, other issues rise in importance. This year, climate change, the threat to democracy posed by proto-fascists, immigration, crime, all take a back seat to the price we pay at the pump.

Because I believe in original sin, I believe in the value of democracy. It is the only system of government that has built-in means of self-correction, and we humans, alone and together, get things wrong as often as we get them right. For 60 years, pro-life Democrats were aware that our country had gotten the issue of abortion wrong, and in the past four months we have become aware that our country still has abortion policy wrong.

Perhaps, now that the issue is returning to state legislatures, some kind of workable compromise will be found. As my colleague Brian Fraga reported, pro-life activists are already complaining that some Republicans are backsliding on their previous commitments to enact extreme restrictions on the procedure. I suspect that in the next few years, red states will end up with a compromise, but I see no such political pressure for a common sense compromise in the blue states. The libertarianism of the upper middle class, on both the left and the right, is fortified by their money. It will not be moved.

It is difficult not to feel disgusted at pro-lifers who are willing to look the other way at the Republican party's embrace of anti-democratic, proto-fascist, downright crazy ideas. No one should feel morally dirty for voting against the GOP this year. But, voting for a Democratic Party that is increasingly defined by its devotion to abortion-on-demand at all stages of pregnancy poses a different but unmistakable moral conundrum for a serious Catholic: If libertarianism, not solidarity, is the defining principle of the Democratic party, is it a party with which we want to be associated?