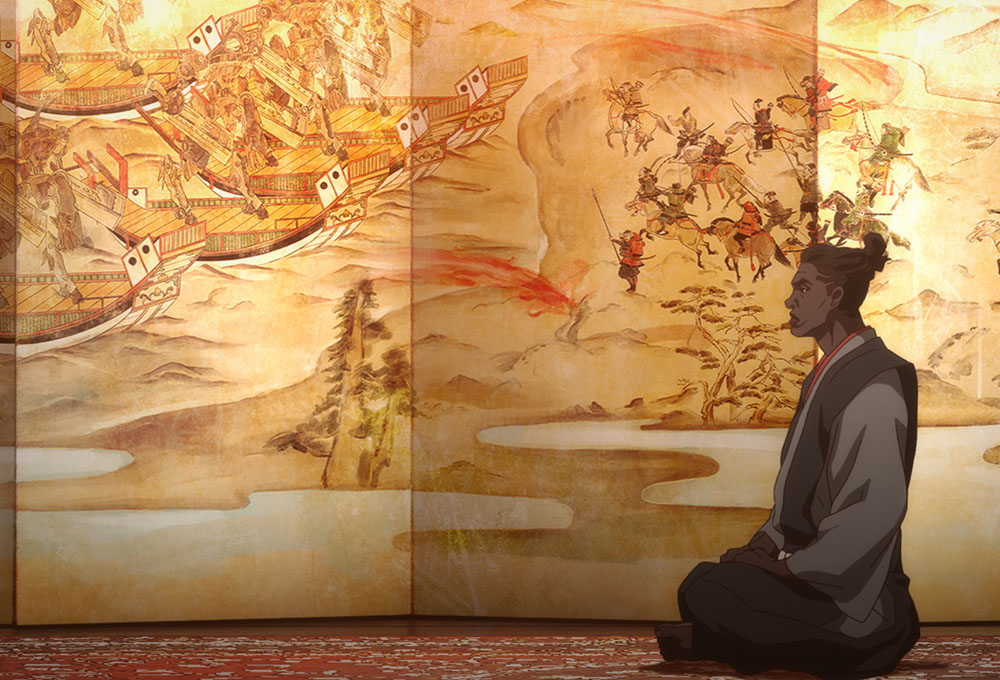 The title character is seen in a production still from the anime "Yasuke." (Courtesy of Netflix)

The Warring States period is one of the most fascinating conflicts in feudal Japanese history. Many media franchises, such as the "Samurai Warriors" video game series, have been based on it and found popular appeal worldwide. So it goes without saying that a new anime set in that era, featuring a Black samurai, would generate lots of hype in the anime community. And with the talented voice acting of Lakeith Stanfield, an intro by Thundercat, a soundtrack by Flying Lotus and animation by Studio MAPPA, "Yasuke" seemed destined to be a summer hit.

Unfortunately, "Yasuke" suffers from inconsistent world-building and a shoddy plot, and it fails to live up to the expectations it set.

The story follows the titular Yasuke, an African man brought to 16th-century Japan by Jesuit Italian missionaries. There, he is acquired by Nobunaga Oda, one of the warlords fighting for the reunification of Japan, and he is given samurai training to fight for the Oda clan.

Twenty years after the Oda clan's defeat and the ritual suicide of Nobunaga, Yasuke spends his life as a boatman in a remote Japanese village, suffering from alcoholism as he tries to suppress the memories of what happened to his late lord and friend.

The initial advertisements of the anime seemed to suggest a historical period piece in the same vein as Shinichiro Watanabe's "Samurai Champloo," a cult classic also set in feudal Japan. But from the opening minutes of the pilot episode, the anime is inundated with giant mecha (superhero-like robots) flying through open portals, samurai using magic as they fend off a dark, technologically advanced army, and two men drinking sake as the building they're in burns and crumbles around them. This happens without any context for where this dark army is coming from, or who are the samurai that use magic, or how both of those things can occur in that time period.

And that is only the beginning of the series' problems.

The main plot of "Yasuke" is not about the life the protagonist leads in the service of Nobunaga Oda; his backstory is told in a series of flashbacks that carry through the show. Rather, the plot centers on a child with a mysterious illness whom Yasuke must escort to an illusive doctor, all while being pursued by mercenaries able to use magic and tech as part of their fighting abilities.

And this is where another issue with the show arises: The plot that was advertised and the plot that was shown are two different things. And while the flashbacks had their tender moments (including Yasuke finding solidarity with a woman samurai hated for her gender), the main storyline was slow, meandering and overshadowed by the secondary plot.

But rather than exploring the church's role in bringing Yasuke to Japan as a slave (or on the flip side, discussing the Japanese Christians who will eventually be persecuted by the Tokugawa shogunate), the anime falls into a tired, familiar trope: that of the maniacal sadist who twists religion for his own evil purposes. And while this character is not the main villain of the series, his presence felt like a haphazard addition that served to confuse the plot further, rather than to provide clarity on the various moving pieces of the story. 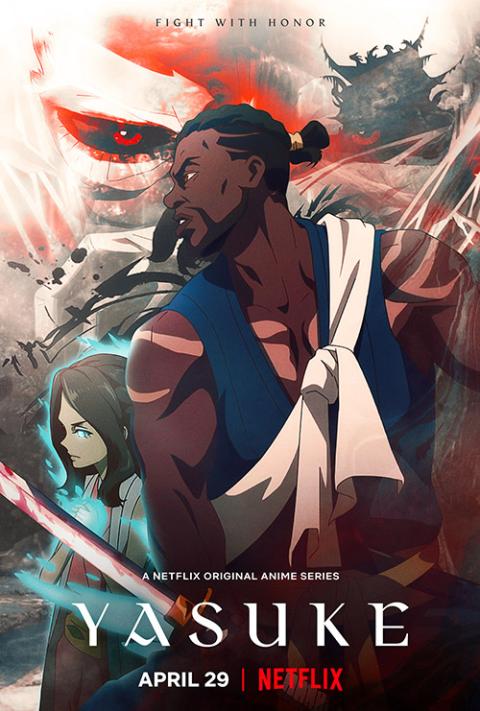 But the cardinal sin of "Yasuke" is not in the world-building or the antagonists. It is the fact that Yasuke himself, despite being the show's namesake, is not the main character. As the child's mysterious illness is slowly revealed to be powerful, unstable magic, Yasuke is routinely pushed to the side to make way for her story.

Even though the show relies on flashbacks of his life and he serves as the child's bodyguard, Yasuke is relegated to the role of supporting character in his own anime. At times, Yasuke's character feels like a marketing gimmick rather than a reimagining of a real historical figure.

All of this comes as a great disappointment, since the anime had so much potential.

MAPPA, the studio behind the wildly popular "Attack on Titan: The Final Season" and the breakout hit "Jujutsu Kaisen," is known for an animation style that highlights dynamic characters, engaging plots and, above all, epic fight scenes. But even that, along with Stanfield's impressive voice acting and Flying Lotus' beautiful soundtrack, could not salvage the pieces of an otherwise broken show.

And it doesn't help that many Black anime fans were looking forward to the representation of having an African man in a modern samurai show, only to get a story that was mediocre at best.

By the time the finale rolled around, watching "Yasuke" felt like a tedious chore. It only lasts for six episodes, but in that time it stuffs a lot of content into the show with little coherence. And while there are glimmers of greatness with the gorgeous intro and the atmospheric composition, the anime ultimately falls flat.

As of now, there is no word on whether "Yasuke" will be renewed for a second season. The main story wraps up neatly while leaving room for more down the road. But should the anime continue, hopefully it will come with more sensible world-building and an engaging plot.

The pieces for a blockbuster anime are there. They just need to be neatly arranged, and then "Yasuke" can be the great anime that it was always meant to be.