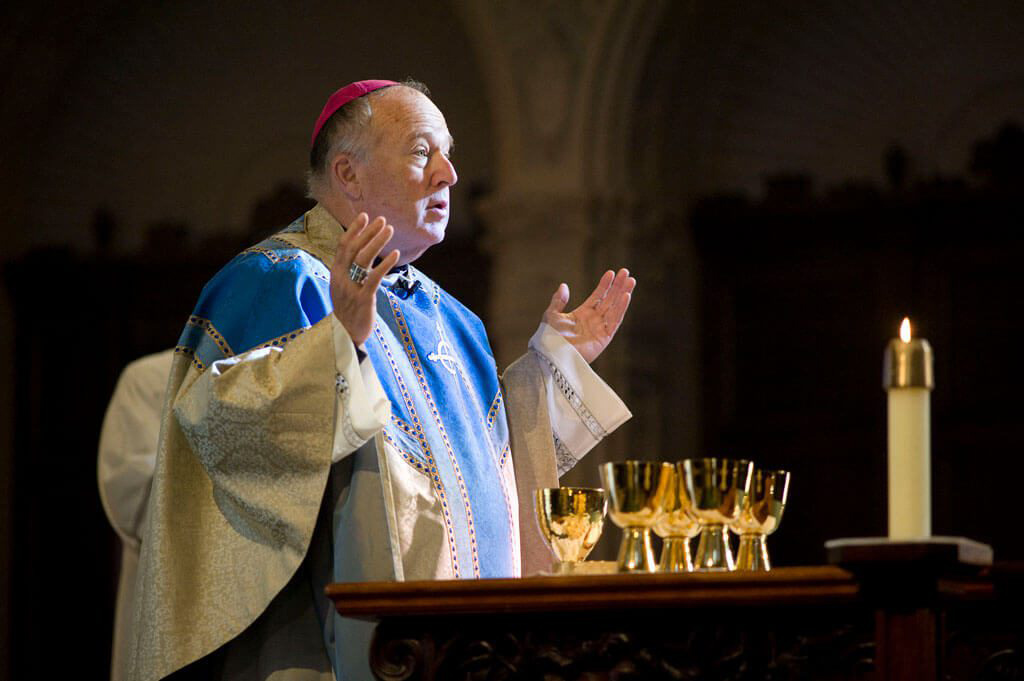 While the focus of the synod this month in Rome has been on the needs of the Amazon region, an American bishop at the meeting has suggested the synod can enrich the rest of the church and the world.

Bishop Robert McElroy of San Diego is one of the few prelates called to the Vatican for the three-week meeting who is not from the Amazon region. With doctorates in theology from the Gregorian University and in political science from Stanford University, he is considered one of the brightest U.S. bishops.

McElroy spent the first week of the synod listening. When he did speak, rather than telling the Amazonians how to deal with their issues, he chose to talk about how the synod — and perhaps the Amazonians themselves — could potentially impact the rest of us. In a sense, he was explaining to Americans why this synod is important to them too.

The synod is a gift to the church, McElroy explained, because it shows how the church can listen to those who are not usually heard. The "lived synodal experience," said the bishop, "places at its very center the dreams and the sufferings of the people of God. It is a synodal experience that has privileged the perceptions and experiences of those continually excluded from meaningful participation in church and society."

McElroy liked that the synod "places the pastoral imperative at the heart of the church's theology and mission" and that it "prioritizes listening to the Spirit, bold and honest discussion, and an unswerving focus on the mercy of God."

In these ways, "the church of the Amazon has illuminated a grace-filled pathway for the embrace of synodality that will enrich regional and local churches throughout the world," said McElroy.

In other words, the Amazon synod is a living example of what Pope Francis means when he speaks of a synodal church that listens, discerns and acts as disciples of Jesus.

The second contribution of the synod to the rest of the church and the world "lies in its witness to the nature and power of ecological conversion."

McElroy believes that such a conversion requires both "the recognition of the empirical reality of the environmental destruction that threatens our planet" and a heartfelt "acceptance of creation as a sacred gift whose future is entrusted to our care."

Both factors are needed for conversion, but the church's unique contribution is to present the Amazon as "God's most vital and beautiful garden on our planet," which we must protect from destruction.

As with the indigenous people of the Amazon, our relationship to nature must be "one of intimacy, sacredness, giftedness and care," he said. Science, while essential, cannot provide that vision, which is necessary for conversion.

Finally, he said, the synod's working paper, which was distributed before the bishops met, speaks of "good living."

"In my country," he said, "the good life means a life of luxury and ease. For the peoples of the Amazon good living means connectedness to faith, to self, to others, to the land. It points to the unity of all of human existence: work, rest, celebration and relationships and refuses to accept the fractionalization of human existence that modern life places upon us all."

Such good living also "rejects grave disparities of wealth and social inequality," he said. "It breathes with the spirit of God."

He acknowledged that "the specific form of good living that exists for the indigenous peoples of the Amazon will not be transferable to most other cultures in the world." But he does believe that "its underlying themes of connectedness, moderation, balance and sharing must become the norm for all peoples in reevaluating our lifestyles if we are to escape the lures of materialism and build a sustainable society for our world."

McElroy clearly believes that Americans have a lot to learn from the Amazon synod and the people of the Amazon. Whether Americans will make time in their busy lives to listen remains to be seen.