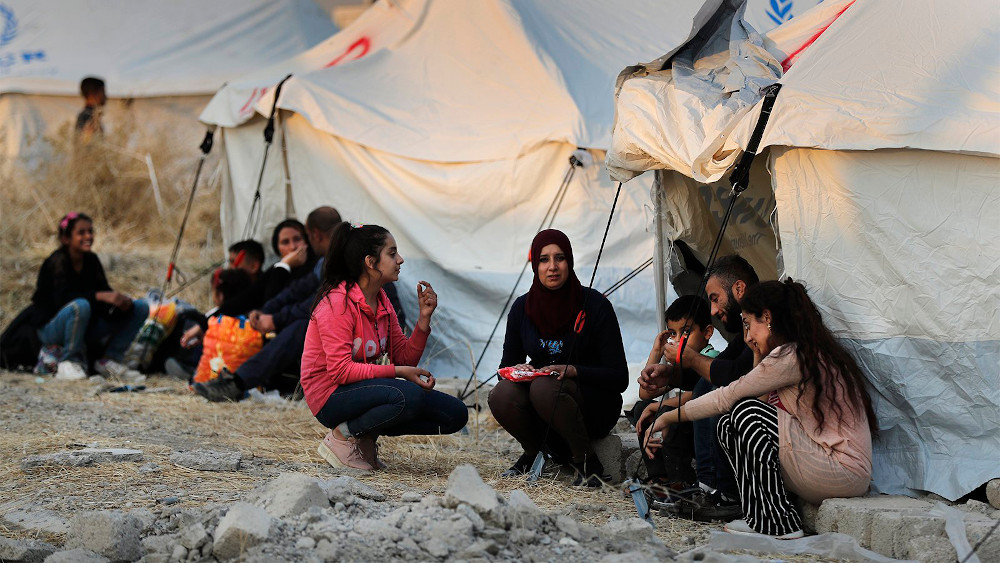 Children at a refugee camp (AP/RNS)

The coronavirus pandemic in the United States is going to get worse before it gets better. The next couple of weeks will be devastating as the number of infected dramatically rises, hospitals are overwhelmed and more people die.

Despite having one of the best health care systems in the world, we dropped the ball because we did not take the virus seriously at the beginning and had little testing. Unlike South Korea, we were not prepared to test widely and isolate those who were infected. As a result, we are looking more and more like Italy, where the disease has been devastating for people and the economy.

Experts predicted such a pandemic for years, but the public and policymakers ignored them. Hollywood even made prophetic films about pandemics. We watched and, believing they were science fiction, went back to business as usual.

American individualism also failed us. It put emphasis on finding the best health care for me, rather than the community. We worried about today rather than tomorrow, so we did not create adequate stockpiles of equipment and medicine for an emergency. Equally shortsighted were those Republican governors who refused to expand Medicaid because the beneficiaries are poor people who do not vote for them.

Sitting in quarantine, I feel especially privileged. If a member of my Jesuit community had not tested positive for COVID-19 on March 14, we would have gone about our usual routine. More of us would likely have been infected. Instead, he self-isolated as soon as he got a fever, and we were all quarantined. The quarantine was aimed at protecting others from us, but it also protected us from those with the virus. So far no one else is sick. Ironically, we may come out of quarantine just as the epidemic is peaking in our country. It will not be safe to go out anyway.

Much of the United States is now on "pause" or " stay at home." The better we all keep quarantine, the quicker we get the virus under control. Sadly, too many places began this shutdown only after infection became widespread.

In a small way, my community proves that quarantine can work, although I am reluctant to say so lest I jinx our safety. Twice a day, I sanitize public surfaces with Clorox, one part Clorox to 10 parts water. We are keeping "social distance." Our one patient has not had to be hospitalized and his symptoms are trending in a hopeful way. We are not out of danger. No one is. But we all must do what we can to prevent infection and care for the sick.

Remember, more Americans died of the 1918-1919 Kansas flu pandemic than died in all the wars of the 20 century. (Yes, it is thought to have started in Kansas, not Spain.)

But while we are all focused on what is happening in the United States and Europe, we should realize that things are going to be much worse in the Middle East. The situation in refugee camps was already desperate before the pandemic; now it will be devastating. The virus will eventually kill more people than the Islamic State group, and perhaps more than died in the wars in Iraq and Afghanistan. More people may die from the virus in Israel and the Palestinian territories than were killed in fighting between them.

And then there is Africa, where the health care system is totally inadequate to deal with the crisis and where civil conflicts make dealing with an epidemic impossible.

A pandemic shows that we are all in this together. No one is safe unless we are all safe.

Globalization should not simply be focused on the economy. Globalization must also include compassion and seeing everyone in the world as our brothers and sisters. This is what solidarity means. We have to look out for one another everywhere in the world. A crisis either makes us better or worse people; it never leaves us the same.