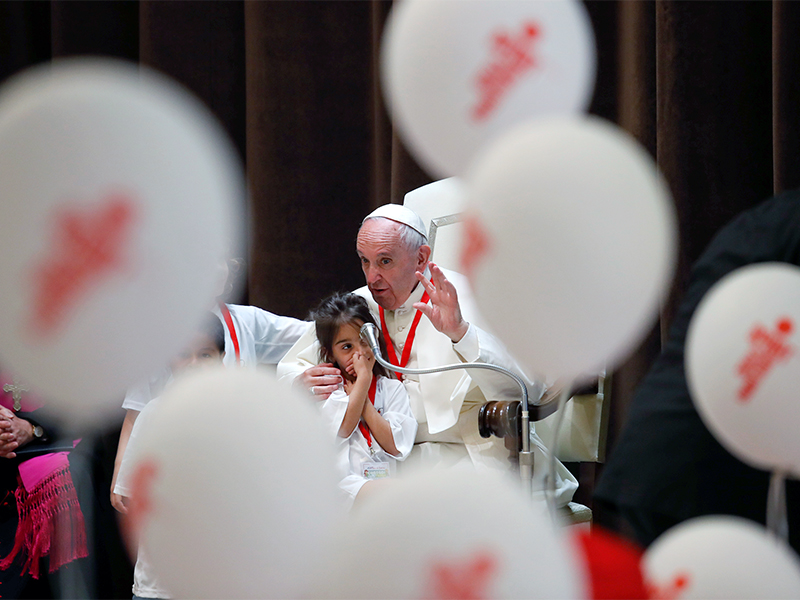 Pope Francis talks as he embraces a child during a special audience with members of the "Train of the children" at the Vatican, on June 3. (Photo courtesy of Reuters/Remo Casilli)

Major papal documents often get limited media coverage when they first appear and later are forgotten except by scholars and church leaders. The really important documents are studied in seminaries and incorporated into religious education textbooks. Ideally, the ideas in the documents influence sermons and trickle down to the faithful, but that depends on the interests of individual pastors.

Some documents are remembered because of their controversy. Humanae Vitae (Of Human Life), Pope Paul VI’s 1968 encyclical that banned any use of artificial birth control, was one of these. This encyclical was criticized by theologians and even some bishops and ignored by the vast majority of the faithful.

Pope Francis’ document on the family, Amoris Laetitia"(Joy of Love), received wide coverage both in the Catholic and secular media when it came out in 2016. The apostolic exhortation was the product of the pope's thinking after two synods of bishops on the topic of the family.

Most of the attention in the media was focused on its opening the possibility of divorced and remarried Catholics receiving Communion, in Chapter 8. Traditionally, only those remarried Catholics whose first marriages had been annulled (declared invalid by a church tribunal) were allowed to go to Communion.

A small but vocal group of conservative commentators, and even some bishops and cardinals, felt this was an unacceptable breach with church teaching. The faithful, on the other hand, overwhelmingly (62 percent) favored Communion for divorced and remarried Catholics without an annulment, according to a Pew Research Center poll conducted even before the papal document was issued.

On Oct. 5-6, a group of theologians and bishops met at Boston College to reflect on how Amoris Laetitia has been received by the church and what might be done to improve its reception. These were all papal loyalists who believe that Francis has been a blessing for the church. The conference was convened by Cardinal Blase Cupich of Chicago and Fr. James Keenan of Boston College's Jesuit Institute. A video of the conference talks will be placed online and the papers will be published.

In general, the reception of Amoris Laetitia has been positive from the laypeople who have actually read the document or experienced programs based on the document. People have found it realistic in its description of the challenges facing families. Chapters 4 and 5, which Francis described as the heart of the document, are experienced as inspiring, hopeful and helpful.

Bishop Robert McElroy of San Diego described the highly successful diocesan synod that he held on the document, which resulted in practical programs to help parishes minister to their families. Hispanic and black theologians described how the document’s ideas resonate in their communities.

But everyone quickly acknowledged that more needs to be done. Amoris Laetitia entered the world in a time of crisis for families. The opioid crisis and unemployment are destroying families. The poor are less likely to get married and more likely to get divorced than those in upper incomes. In a highly mobile society, extended families are not present to help couples. Single parents cannot find day care. And young people are abandoning religion in droves. 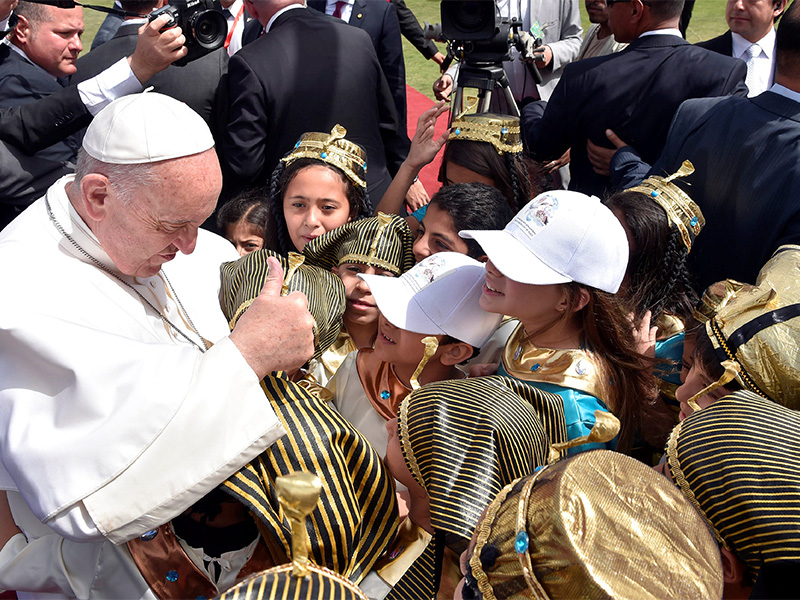 Read this next: Conference weighs how 'Amoris Laetitia' rejects 'infantilization of laity'

Parishes need to be more welcoming to families, especially families in difficulties. Rather than greeting them with a list of rules to be followed, the document encourages "listening" as the first response. “Accompanying” was another key word in Amoris Laetitia,"which connotes accepting where people are and then traveling with them in their journey toward God.

But who is going to do this accompanying? The lack of a positive reception of Amoris Laetitia by many priests and even bishops was seen as a major problem for the document.

Young priests, who were trained by conservative moral theologians during the papacies of John Paul and Benedict, are often suspicious of the document. They were trained to enforce rules that excluded people rather than welcomed them. Many are confused; some are outright antagonistic. 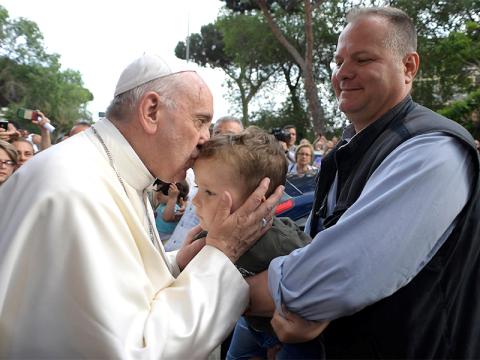 Pope Francis kisses a child as he arrives to bless houses during his visit to Ostia, on the outskirts of Rome, on May 19. (Photo courtesy of Osservatore Romano via Reuters)

Alienated Catholics, who are encouraged by the papacy of Francis to give the church another try, often do not meet Francis in their parishes. When they experience condemnation and exclusion, they leave, never to return.

Until seminary faculties and administrators change, there is little hope that new priests will be open and welcoming. Converting the current priests is an even greater challenge.

Likewise, the participants saw little hope that the U.S. bishops’ conference would be a leader in implementing Amoris Laetitia. Until more new bishops in the Francis mode are appointed, there will be little action by the U.S. Conference of Catholic Bishops. Bishops were encouraged to focus on their own dioceses.

Both bishops and theologians expressed concern about those dissenting from the teaching in Amoris Laetitia. Bishops especially are concerned about unity in their dioceses. Although Chapter 8 dealing with conscience, discernment and Communion for divorced Catholics is the most controversial, bishops reported enthusiasm even among conservatives when discussing other parts of the document. But the vitriol from some opponents of Francis is discouraging to them.

After hearing constantly from the critics, perhaps the best outcome of the Boston College conference was to encourage the participants to fear not in their implementation of Amoris Laetitia. The critics are a small minority in the church. In the past, they could complain to Rome, where they would get a sympathetic hearing. Now they are the dissidents out of step with the pope. They have few followers among the laity, as the Pew Research Center shows. They can make a lot of noise, but little else. Like other dissidents, they should be politely listened to and invited to dialogue, but they should not be allowed to determine the direction of the church.

Certainly, the participants were encouraged by hearing about the reception of Amoris Laetitia in France, Germany and Italy from visiting bishops and theologians. Also hopeful was the participation of Cardinal Kevin Farrell, prefect of the Vatican Dicastery for Laity, Family and Life. Fr. Antonio Spadaro, a fellow Jesuit and close confidant of the pope, was also a participant.

Read this next: Bishops deliberate whether one rule applies to all divorced people after 'Amoris Laetitia'

What role does the laity play in all of this? If you have not done so already, read Chapter 4 of Amoris Laetitia and give that chapter to any couple preparing for marriage or experiencing the ups and downs of family life.

Next, the laity must speak up. Bishops and priests only hear from the disgruntled. Tell them how much you like Francis and his stress on compassion and mercy.

Finally, the pope says that one of the great sins of the church is its infantilizing of the laity. It is time for the laity to educate themselves, speak out and act like true disciples of Christ in spreading the joy of the gospel. As Farrell noted, priests have no direct experience of marriage, and it is therefore up to lay people — who actually get married — to become leaders in reaching out to families in the parish communities.