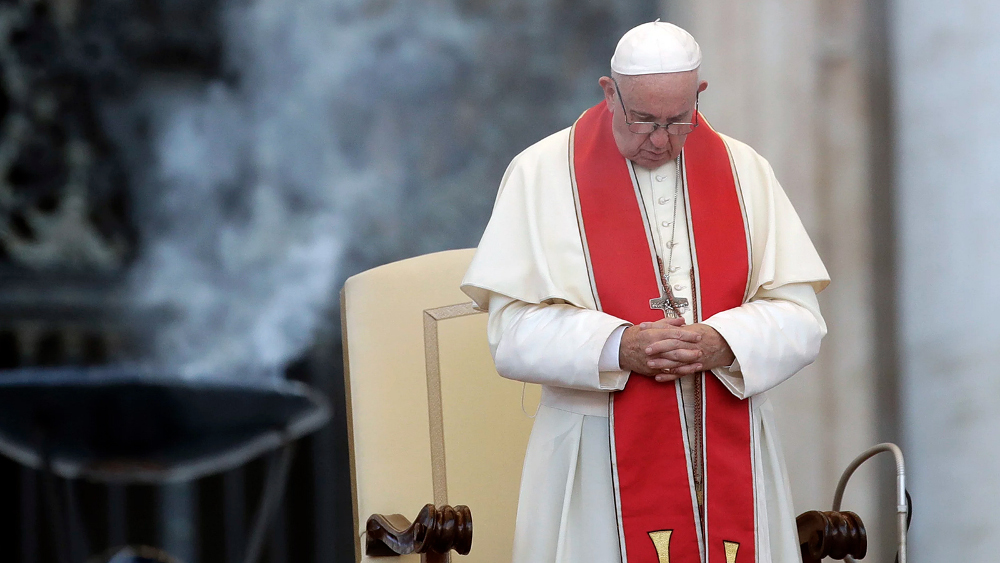 Pope Francis prays during an audience in St. Peter’s Square at the Vatican on July 31, 2018. (AP/Alessandra Tarantino)

Nothing gets the pope on the front page of newspapers faster than saying something about homosexuality. This was evident earlier in the week when reports of a book-length interview with Pope Francis focused on what he had to say about gay priests.

Some portrayed his comments as a reversal of his more tolerant attitude toward gays, exemplified by his famous statement, "Who am I to judge?"

In truth, in this new interview he simply said to gay priests what he has always said to heterosexual priests: Observe celibacy or get out.

In his book "On Heaven and Earth," written while he was archbishop of Buenos Aires, Francis noted that mandatory celibacy for Roman Catholic priests is a law that could change. Many believe that he is open to optional celibacy, and it is hoped the topic will be discussed during his synod of the bishops for the Amazon region, which meets in Rome next October.

But in the 2010 book, he also strongly insisted that celibacy must be observed by priests who have made this commitment.

He would not throw out every priest who violated celibacy; individual lapses can be forgiven. If a priest falls, Francis wrote, "I help him to get on track again." By that, he means doing penance and practicing celibacy.

But a priest who is incapable of observing celibacy should return to the lay state — better a good layman than a bad priest. No girlfriend on the side. No housekeeper "with benefits." No hidden family.

"The double life is no good for us," he wrote. "I don't like it because it means building on falsehood."

In the new interview, with a Spanish Claretian priest, Fr. Fernando Prado, Francis says the same thing about gay priests.

"Homosexual priests, religious men and women should be urged to live celibacy wholly and, especially, to be perfectly responsible, trying to never create scandal in their communities or for the holy people of God by living a double life," the pope said. "It would be better if they left the ministry or consecrated life rather than live a double life."

What is remarkable about Francis’ comments is not that he is cracking down on gay priests but that he is applying the same standards to gay and heterosexual priests. In the past, the position of the popes was either negative or ambiguous about gay priests and seminarians.

The Vatican has tended to avoid using terms like "sexual orientation," but rather talked of a "deep-seated tendency." Some bishops interpreted this nonetheless as a "homosexual orientation," and therefore banned anyone who considered themselves gay from the priesthood.

Others interpreted "deep-seated" as something akin to "uncontrollable" and therefore incapable of observing celibacy. In this interpretation, "deep-seated heterosexuality" would also be a problem. If the tendency was not "deep-seated," if he could live a celibate life, then the man could enter the seminary and become a priest.

Francis in this interview firmly places himself in the latter camp. He continues to use the phrase "deep-seated" but also talks of homosexual priests and others who take religious vows in the church living in celibacy wholly and responsibly. You do not urge a group of men to live in celibacy if you think they should be banned from the priesthood.

At the same time, Francis makes clear that there is no room in the priesthood for gays who do not observe celibacy. Some falsely thought that celibacy only applied to heterosexual sex. Worse yet, some priests and bishops preyed on seminarians, as was alleged with ex-Cardinal Theodore McCarrick.

But the vast majority of gay priests, like heterosexual priests, try to live celibate lives and serve the people of God in parishes across the world. The church would be at a loss without them.