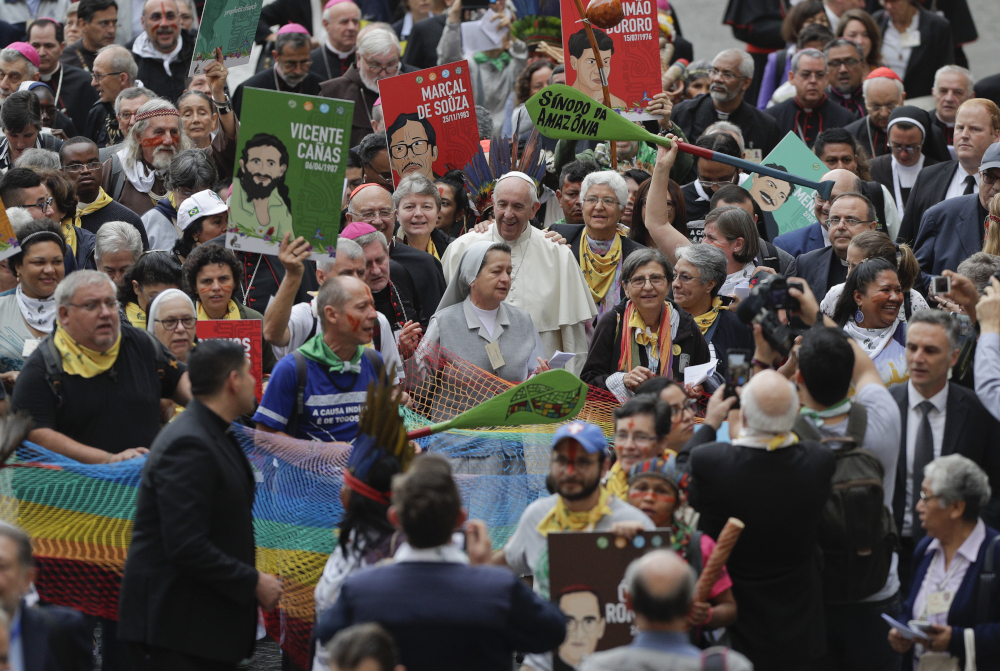 Pope Francis walks in a procession on the occasion of the Amazon synod, at the Vatican, on Oct. 7, 2019. Francis opened a three-week meeting on preserving the rainforest and ministering to its native people as he fended off attacks from conservatives who are opposed to his ecological agenda. (AP/Andrew Medichini)

At the Mass opening the Synod on the Pan-Amazon Region, Pope Francis urged the assembled bishops to embrace "daring prudence," rather than settle for the status quo.

He was responding to critics, including some bishops, who feel that he is imprudently leading the church away from traditional church teaching and practice.

The Mass, celebrated on Oct. 6 in St. Peter's Basilica, was the official beginning of the three-week Amazon synod, which will discuss and propose solutions for the region's problems, especially those facing the environment, indigenous peoples and evangelization.

While most people think of prudence as a check on spontaneity and creativity, the pope quoted the Catechism of the Catholic Church, which teaches prudence "is not to be confused with timidity or fear.

"Prudence is not indecision; it is not a defensive attitude," he said in his homily. "It is the virtue of the pastor who, in order to serve with wisdom, is able to discern, to be receptive to the newness of the Spirit."

He prayed that the Spirit may "give us his own daring prudence."

The pope then took aim at those who oppose his efforts to listen to indigenous peoples and adapt the Gospel to their cultures. He criticized those who "want to promote their own ideas" and "wipe out differences in the attempt to make everyone and everything uniform.

"Jesus did not come to bring a gentle evening breeze, but to light a fire on the earth," said the pope.

Rather than embracing the status quo, Francis urged the synod to rekindle this fire, "a burning love for God and for our brothers and sisters." Otherwise the gift of God dies, "it turns into ashes.

"Rekindling our gift in the fire of the Spirit is the opposite of letting things take their course without doing anything," he said.

"If everything continues as it was, if we spend our days content that 'this is the way things have always been done,' then the gift vanishes, smothered by the ashes of fear and concern for defending the status quo."

The synod is taking on controversial political and religious issues.

Political and economic interests are worried because the pope and most members of the synod have been vocal in defending the rights of indigenous peoples and their lands.

The pope and the bishops are also concerned about the damage being done to the rainforests in the Amazon, which makes global warming worse. 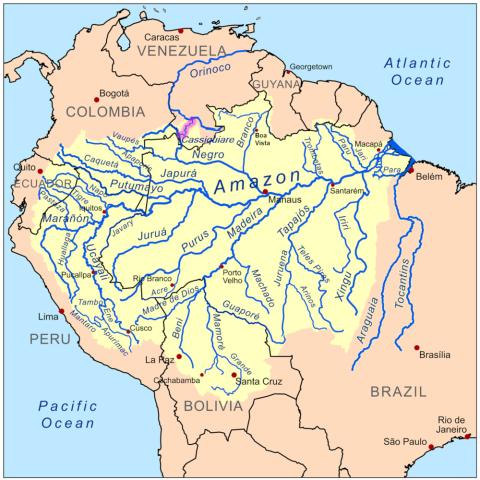 Religious conservatives are concerned about a proposal for married priests being on the agenda. They also reject the notion that Catholicism should be adapted to indigenous cultures. They don't see anything good in indigenous religions, which they categorize as pagan superstitions.

The synod is part of a process that began with listening sessions throughout the Amazon region. The results of these sessions were incorporated in a working paper distributed to the synod participants before they came to Rome. The pope sees this synodal process as a way of being the church that involves listening, discerning and acting in a way that serves the people of God and all of humanity.

Pastors should speak and act only after they have listened, according to Francis.

Although the pope's homily encouraged the members of the synod to be bold, the opening liturgy itself was very timid. It had hardly anything in it in terms of music or actions that reflected Amazonian cultures. It was a typical pontifical Mass with the choir singing Palestrina music. An opportunity was missed to actually do what the pope preached.