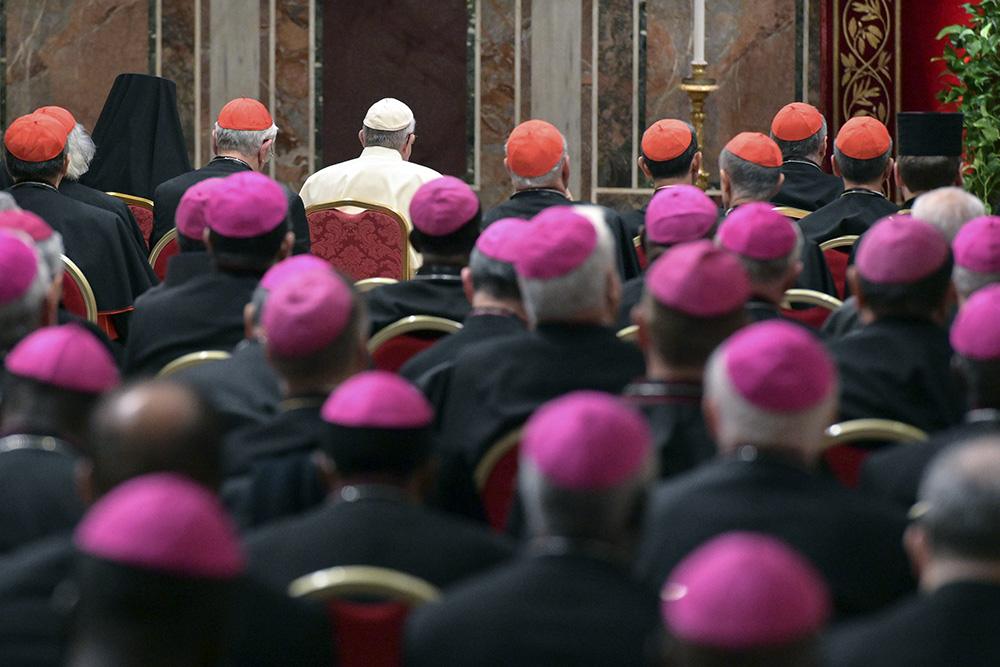 Catholic theology affirms that confession is good for the soul, so it's a bit of paradox that the last thing the American Roman Catholic bishops or the Vatican want to do is publicly confess everything they know about clergy sex abuse.

The bishops now understand the need to protect children by removing abusive priests from ministry. Most even grasp the need to hold bishops accountable for allowing bad priests to continue in ministry. But as a body they really do not want to expose their dirty laundry to public view. Public confession, they fear, will scandalize the faithful and bring the church into further disrepute. It's this that led many bishops in the past to attempt to cover up.

Meanwhile, Catholics and others have been scandalized not just by the abuse but the concealment of the crimes. They want to know how someone like Theodore McCarrick, a former bishop and cardinal who has been accused of abusing a teenager and seminarians, could be promoted up the ecclesiastical ladder. Did the vetting process fail or did those promoting him know and simply not care?

From the very beginning of the crisis, the media and public have called for full disclosure from the bishops. Survivors of sex abuse have demanded that the bishops not only report accusations to the police but also publicize the names of priests accused of abuse.

They and their supporters argue that this helps survivors heal, by acknowledging the accusations of victims who in the past had been stonewalled by their hierarchy.

Publicizing names also empowers more victims, who often think they are the only ones, to come forward when they see their abuser exposed. If victims do not see their abuser's name, they feel the need to notify police and the diocese that he has been missed.

Finally, publicizing the names of abusive priests also notifies the public that these men should not be allowed near children.

Many bishops respond that listing all those who were accused is unfair. Some of the priests, they argue, are dead and cannot defend themselves against accusations — and if they are dead, they are no longer a threat to anyone so there is no need to publicize their names. They complain that making public the names of accused presumes guilt when in fact most have not been convicted of a crime.

As a result, few dioceses or religious orders published lists of accused priests until the Pennsylvania grand jury report, released in August, scared many of them into doing so. Attorneys general in New York, Illinois, California and elsewhere made noises about delving into diocesan files. Bishops feared that if they did not publish the names they had, prosecutors would do it for them.

Even when making names public, some dioceses limited the list to those who have been "credibly" accused or those in which accusations have been "substantiated." How those terms are interpreted and applied can vary from diocese to diocese. Some bishops wisely leave it to their lay review boards to decide who is put on the list.

But is listing names enough?

For full disclosure there is also need for describing:

Any disclosure should also be described as a "draft," to be updated if more information is forthcoming. Victims who have not yet come forward should be encouraged by the bishops to do so.

It is unlikely that bishops and dioceses will ever regain credibility until they have adopted full disclosure, made amends and done penance for their and their predecessors' failures.

The words the bishops need to start with are found in the Eucharistic liturgy: "I confess to almighty God and to you, my brothers and sisters, that I have greatly sinned, in my thoughts and in my words, in what I have done and in what I have failed to do … "

Read this next: Taking stock of the clergy sexual abuse crisis: protecting children

But in Catholic theology, confession of sin is not enough. It must be joined by sincere contrition, penance, reparation and firm purpose of amendment.

Reparation means doing whatever is necessary to help the healing process for survivors. And for penance, the bishops need to be creative — perhaps living on the streets as a homeless person during Lent or volunteering at a rape crisis center.

Only when everyone sees the bishops acknowledge those wrongs will the church be able to move forward.

(This is the last of a three-part series on the abuse crisis. See also "Protecting children" and "Holding bishops accountable.")