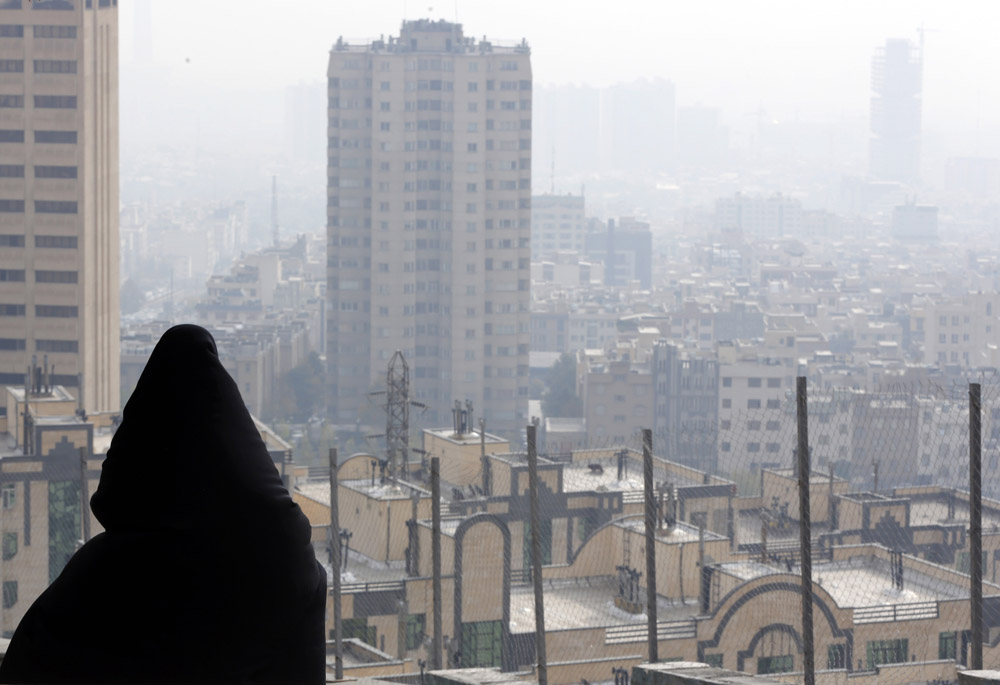 Over a hundred years ago the Spanish philosopher George Santayana wrote: "Those who cannot remember the past are condemned to repeat it." Barely 14 years after the disastrous U.S. invasion of Iraq in 2003 which was justified by inaccurate and politicized intelligence, we are witnessing today an eerily unwelcome echo of the lead-up to the Iraq War.

President Trump is seemingly hell-bent on scuttling the nuclear deal with Iran, officially known as the Joint Comprehensive Plan of Action, or JCPOA, reached in 2015 between Iran, the United States, France, Germany, the United Kingdom, China and Russia, which froze Iran's nuclear weapons program in exchange for sanctions relief.

Trump used his first speech at the United Nations on Sept. 19 to label the nuclear deal "an embarrassment" and "one of the worst and most one-sided transactions the United States has ever entered into." Customary pauses for applause were replaced by mutterings and uneasy silence in the audience as the stony faces of foreign diplomats looked up at him from the auditorium.

While Trump never explicitly said he was abrogating the agreement, he told reporters he had reached a decision but would not reveal it yet. The administration's stated concerns are two-fold. First is that Iran is violating 'the spirit' of the agreement through its support for the Syrian regime, terrorism and development of ballistic missiles.

Second is the nuclear agreement's "sunset clause" which sets expiration dates on the severe limits currently imposed on Iran's nuclear program. This, despite the fact that the agreement stipulates in its opening paragraph: "Iran reaffirms that under no circumstances will Iran ever seek, develop or acquire any nuclear weapons."

In May, Trump reissued the waivers for nuclear-related sanctions when they came up for renewal and has recertified Iran's compliance to Congress twice since January, the latest being in July when his administration told Congress that Iran was complying with the nuclear deal. The International Atomic Energy Agency has reported 8 times since January 2016 that Iran is in compliance with the agreement.

Regardless, given Trump's aversion to facts, speculation is strong that Trump will decertify the nuclear accord with Iran when it is up for recertification on Oct. 15, and punt the responsibility onto Congress to determine if the U.S. will exit the deal. Decertification would give the Republican-controlled Congress 60 days to vote on either demanding a renegotiation of the deal or scrapping it and re-imposing sanctions.

America's European allies were quick to show their disagreement with ending a nuclear deal that has effectively put a hard stop on Iran's nuclear weapons program without anything to replace it agreed on by all parties, including Iran.

Additionally, the six other partners to the agreement have consistently said the deal is not up for renegotiation. 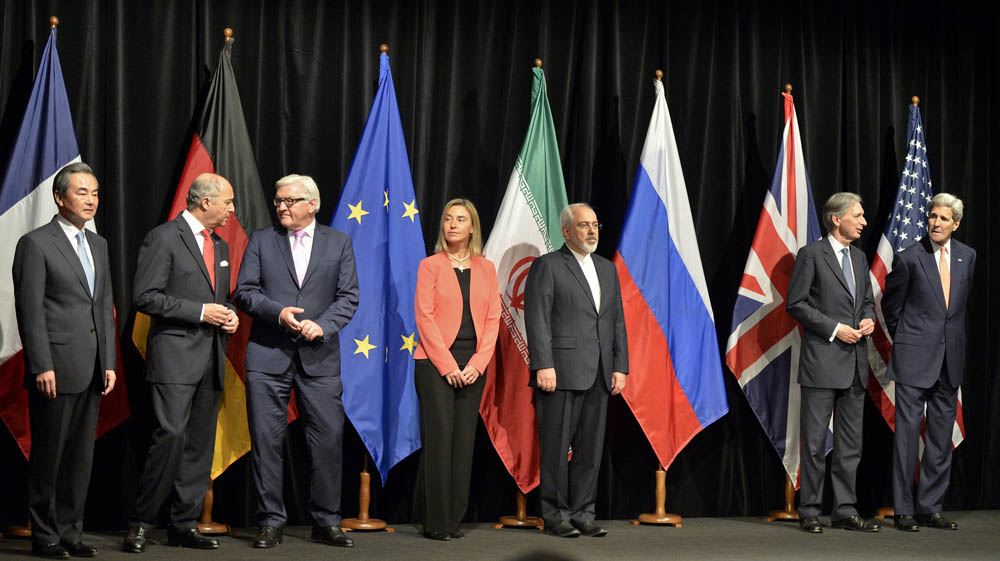 A new agreement imposed by the Trump administration is a fantasy. Instead, we will once again find ourselves back in a place where Iran is resuming its nuclear weapons program and the United States is boxing itself into a position of having to decide whether to accept it or prevent it with military force, this time with virtually no international support.

Not surprisingly, Trump's U.N. speech and hard line on renegotiating or abrogating the agreement received glowing reviews from Israeli prime minister Benjamin Netanyahu, who complimented Trump's speech as the most "courageous and forthright" speech he had ever heard at the U.N., emphasizing that "none were bolder."

Netanyahu went on to demand of the nuclear deal, "Change it, or cancel it. Fix it, or nix it." Netanyahu is demanding changes that go even further than Trump's. According to the Washington Post, these include Iran ceasing development of long-range missiles and adding a clause "to limit Iran's support of organizations such as Hamas and Hezbollah, which Israel and the United States consider terrorist groups."

The alternative Netanyahu warned was that "war is coming because of a soft position on Iran."

The meeting of minds between Trump and Netanyahu stems from a common antipathy towards former U.S. President Barack Obama. Trump never misses an opportunity to insult and demean Obama. He is obsessed with diminishing and erasing Obama's achievements, whether it's withdrawing from the Trans Pacific Partnership, backing away from the Paris climate accord on global warming or shredding Obama's nuclear accord with Iran.

Benjamin Netanyahu not only shares this Obama obsession with Trump but seeks to leverage it as well for hard-line Israeli interests, American interests be damned, despite opposition from all of Israel's security establishment, including Israeli Military Intelligence, Mossad and the Israeli Defense Forces. According to Al-Monitor, "those in Israel's security system feel that reopening the agreement would cause more damage than it would benefit Israel."

With Trump in office, Netanyahu senses a strong opportunity to pull an Iran victory from the jaws of a huge and stinging personal defeat in 2015, when he directly opposed Obama on the Iran nuclear deal, even taking the unprecedented step of appearing before a joint session in Congress to oppose a sitting U.S. president, and yet still the deal was passed.

The U.S. has legitimate concerns about Iran's ballistic missile development and its destabilizing activities in the Middle East. However these are separate from the nuclear deal and should be dealt with through their own set of U.S. and international sanctions, if need be.

Conflating all issues related to Iran under the 'terrible' Iran nuclear deal will not achieve stability in the Middle East, rather it would inflame it and exacerbate the dangerous rivalry between Iran, Saudi Arabia and their proxies.

At the U.N., Trump said he will "always put America first. Just like you, as the leaders of your countries, will always and should always put your countries first." The Iranians are only following his doctrine in the Middle East and cannot be expected to put any interests other than their own first.

The only demonstrated way to deal with Iran is through coalition building, diplomacy and sanction when needed. War is not an option as clearly demonstrated by the Iraq War of 2003 and the turmoil the region has experienced since.

Decisive and strong European leadership is needed to preventing Trump from nixing the Iran deal and further destabilizing the Middle East. In 2003, the Europeans were unable to prevent the Bush administration from launching the disastrous invasion of Iraq which resulted in over 4,000 U.S. military deaths and between 137,000-165,000 Iraqi civilian deaths.

This failure cannot be repeated with Iran, as it is not just the nuclear deal that is at stake, but the entire stability of the Middle East, and once again, American lives.