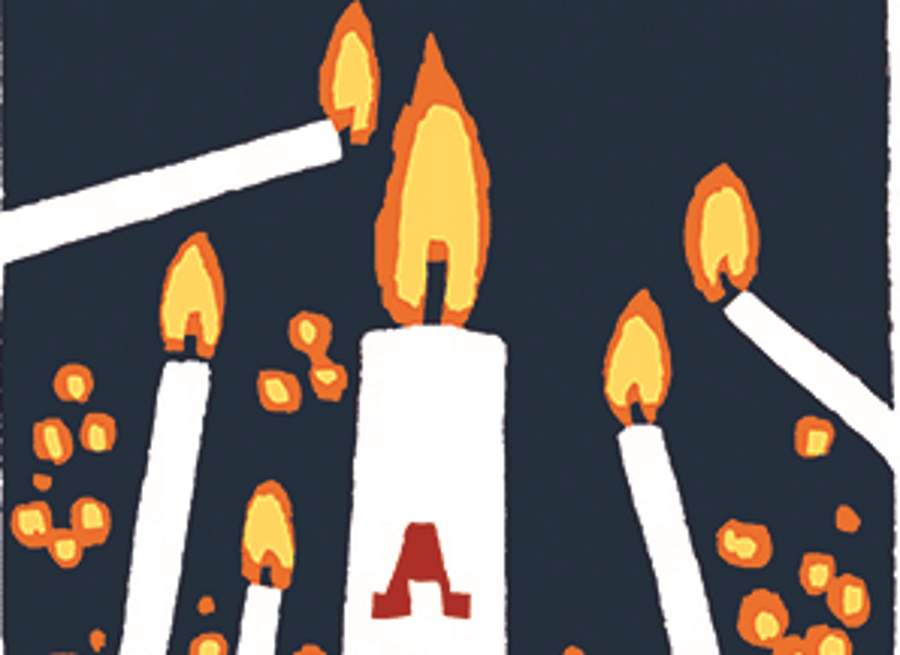 Easter season in the Rocky Mountains is snow season. Even when Easter falls in April, as it does this year, people will walk into church, shrugging off down parkas and woolen scarves to reveal their Easter clothes, the linen suits and cotton sheaths we deem suitable for the season, if unsuitable for the weather. The faithful huddle around the Easter fire as the presider struggles to shield the flame from the cold wind and falling snow. We stand at the foot of Pikes Peak and shiver as we imagine Jesus ascending into that frozen heaven.

We American Catholics have internalized a cinematic calendar — think "It's a Wonderful Life" and "Easter Parade" — that dictates snow for Christmas and sun for Easter. Our decorations and menus and clothes and dreams keep to this calendar, even when the church doesn't ask it and nature doesn't allow it.

I know something of keeping Easter at the snowiest time of the year, and I've always wondered how it would be to keep Christmas on a tropical beach under a blazing sun. I came close, traveling to Haiti in January three years ago. I remember flying into the Port Au Prince airport. It was hot there — though the Haitians found the mild winter weather refreshing — and humid. As we taxied to the terminal, I saw it, still standing, on top of the main building: A red-coated Santa in a sleigh pulled by leaping reindeer. It was strange, but no stranger, really, than a woman shaking the snow out of her summer sandals as she walks into the Easter liturgy. And it was certainly no stranger than plastic snowmen in Miami. In Port Au Prince or Miami, Santa would be shedding his woolen coat as he searched in vain for working chimneys. And the reindeer? They'd have died long before in the heat, melted, like snowmen in the sun.

But it was Christmas in Haiti, that land of poor families seeking shelter and of beloved babies born even though the whole world cries, "No room."

It's hard to remember that God has no script and no director. There are no sets and no pageants when the people of God gather to worship. Still, we are a visual people and our vision is shaped less by the church — for whom neither the new wardrobe nor the outdoor Easter egg hunt is part of the season — than by television and movies.

We have an Easter in our heads that is almost never the Easter we are given. I think of this each year as we meet and come to know the catechumens, who become the elect, who become the neophytes in our parish. They come from so many places, led to the church along so many ways. I wish that young man would stop wearing sweatpants and his Broncos shirt to Mass. I know nothing about him, but it just doesn't "look right," or, at least, not how I imagine an eager neophyte would look. (The fact that he looks uncomfortably like my son slumped and wrinkled in the pew beside me may have something to do with my dis-ease.) I sometimes want to tweak their stories, edit their witness, taking it in and letting it out just a bit here and there to fit my notion of how or why they (should) have come to the church.

Every year I have to fight my disillusionment when I realize that their shining faces, dripping wet from the font and shining in Easter candlelight, belong to people much like me: cranky when the doughnuts run out after Mass and liable to behave badly in the parking lot when the spaces fill up before Mass. We are pilgrims who all complain of sore feet.

But then I recall the Blessing of Water from the Easter Vigil. The words tell us of a God free to act against our expectations. We hear how God made the waters of the great, destroying flood "a sign of the waters of baptism." God turned the devouring waters of the Red Sea into a freedom road for the children of Israel. God acts, in every place, in every time, in every climate. We are not God's stage managers. We are God's witnesses.