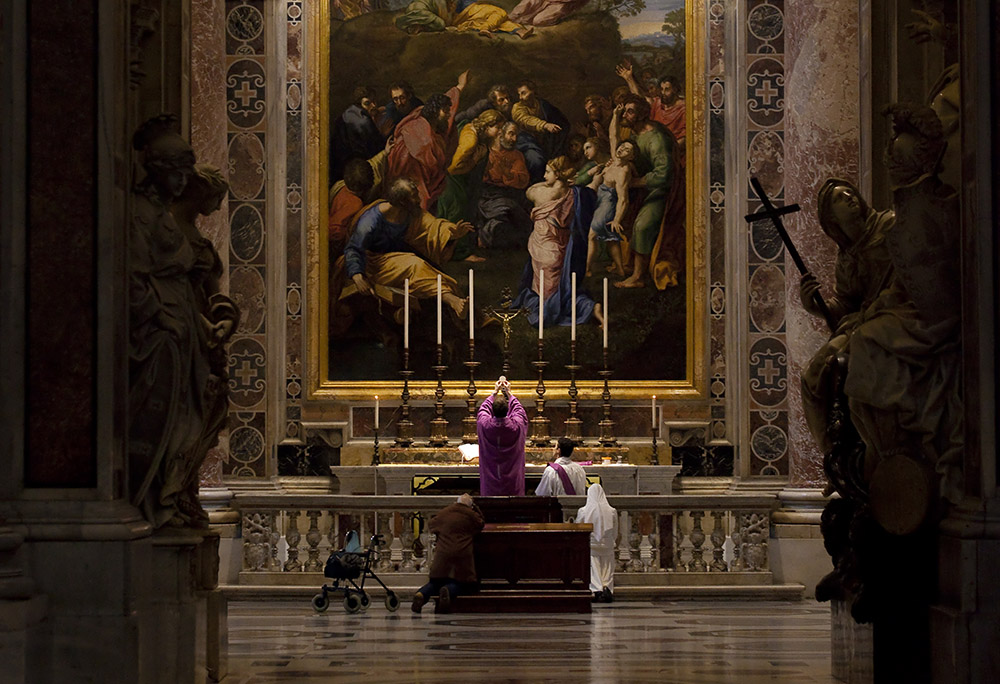 The Altar of the Transfiguration in St. Peter's Basilica at the Vatican in February 2013 (Wikimedia Commons/Westerdam)

A new instruction from the Vatican's Secretariat of State has banned the practice of individual Masses inside St. Peter's Basilica and places strict limits on the use of the Latin rite.

A March 12 letter outlining the new measures has sent shockwaves through traditionalist Catholic communities who have described the suppression of individual Masses as "forcing uniformity," while delighting reformists who see it as a long overdue prioritization of the communal nature of the Mass.

Some 3,000 bishops, priests and theologians filled St. Peter's Basilica during the years of the Second Vatican Council (1962-65) and among its groundbreaking reforms was to adapt the liturgy "more suitably to the needs of our own times."

Now, nearly 60 years later, those championing Vatican II's reforms say that the very physical location where those words were penned and approved can now become an example to the rest of the church.

What does this new decision mean and whom will it affect?

According to the letter, initialed by Archbishop Edgar Peña Parra, the Vatican substitute secretary for general affairs, the new protocols invite priests to participate in one of the many joint celebrations of the Mass that take place inside the basilica each day rather than celebrate their own private Mass, which is now forbidden. The protocols will go into effect on March 22.

"The intent is to restore the notion of participation in liturgy and private Masses just don't do it," said Msgr. Kevin Irwin, the longtime chairman of liturgical studies at the Catholic University of America and author of Pope Francis and the Liturgy: The Call to Holiness and Mission.

The directives go on to note that Masses are still permitted in the chapels of the grotto of the basilica for pilgrim groups accompanied by a priest or bishop and that the use of the extraordinary (Latin) rite are limited to certain times in the Clementine Chapel in the Vatican grottos.

Viatorian Fr. Mark Francis, who served on the International Commission on English in the Liturgy and is retired president of Catholic Theological Union, told NCR that the new decree makes clear that "individual priests are at the service of the church and not vice versa."

"The Eucharist is a communal celebration," he said. "To have a private Mass is a sort of an oxymoron."

As a former international superior of the Viatorians, Fr. Francis recalled his own experience of living in Rome for 12 years, where the sacristy of St. Peter's Basilica often resembled Grand Central Station with priests constantly coming and going, he said.

For Fr. Francis, the new decree is an effort to "encourage concelebration" and make clear "that not every priest has to celebrate his own particular private Mass."

Rita Ferrone, the author of several books about liturgy, including Liturgy: Sacrosanctum Concilium, concurred, telling NCR "private Masses are not the norm of the Eucharist."

She believes that the new directives are "reasserting the norm"

While Ferrone noted that the directives will not change anything in regard to private Masses that may be taking place at other locations, she says it provides an opportunity for St. Peter's to "run things in a such a way that its liturgical life reflects the best, most normative vision of the liturgy that came out of the [Second Vatican] Council."

"What happens in St. Peter's Basilica can be an example," said Ferrone. "But it's not setting a rule for the rest of the world."

Or, as Fr. Francis put it, "What they're basically doing is saying St. Peter's Basilica has got to implement the Second Vatican Council."

Traditionalists such as Fr. John Zuhlsdorf disagree, arguing that the Novus Ordo Masses in St. Peter's that priests are encouraged to now join or concelebrate will have lectors and cantors that incorporate laypeople and women, reforms of the liturgy that they continue to oppose. 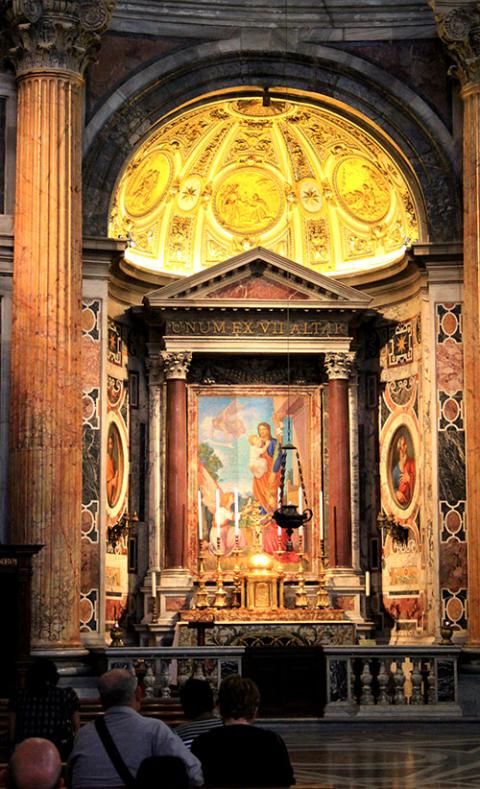 The Altar of St. Joseph in St. Peter's Basilica in 2011 (Wikimedia Commons/Karelj)

What's the history of individual Masses and the extraordinary form?

According to Jesuit Fr. John Baldovin, professor of historical and liturgical theology at Boston College School of Theology and Ministry, the Vatican document that outlines the celebration of the Mass makes explicit that "Mass without at least one minister/member of the faithful may be celebrated only for 'a just and reasonable cause.' "

In addition to the General Instructions of the Roman Missal, which dates to 1969, Scripture also makes it clear that "the Eucharist is essentially communal," Baldovin argues.

"Otherwise, it is very odd to call the Eucharist the sacrament of unity," he told NCR. "Many Masses being celebrated simultaneously in the same church is a contradictory and confusing sign."

In 2007, Pope Benedict XVI released Summorum Pontificum, which allows for the celebration of the "extraordinary form" of the Mass under certain circumstances, yet Baldovin believes that move was a mistake. Because of it, "many priests and a number of laypeople seem to want to make it the ordinary form," such as the number of priests who have chosen to celebrate it in St. Peter's Basilica alone, he said.

"They claim it is out of piety and devotion, but ultimately celebrating the pre-Vatican II Mass is a rejection of the council and everything it stands for," he argued. "Pope Francis is quite clear that the council must be our inspiration in the ongoing reform of the church."

Why issue the changes now?

Last month, Pope Francis accepted the resignation of Cardinal Robert Sarah, the controversial head of the Vatican's Congregation for Divine Worship and the Discipline of the Sacraments. Sarah has long been considered a hero by many traditionalist Catholics. Ferrone noted that his departure could have provided an opportune time to implement liturgical reforms.

According to The Tablet, Francis has initiated a consultation process that will help him pick the new leader of the Vatican's worship office.

Along with Sarah's departure, last month Pope Francis named Cardinal Mauro Gambetti as the new archpriest of St. Peter's Basilica, providing new leadership in the post that oversees the basilica's activities. Further, Pope Francis recently spoke in strong terms about the significance of Vatican II, forcefully stating that anyone who doesn't accept Vatican II is not walking with the church.

"Taken together, all of these things are signs of reassertion of the priorities of the reform of the liturgy that followed the Second Vatican Council," said Ferrone.

Or as Baldovin summarized it, "This is a way of sending a signal to the rest of the church about what is good and what isn't."