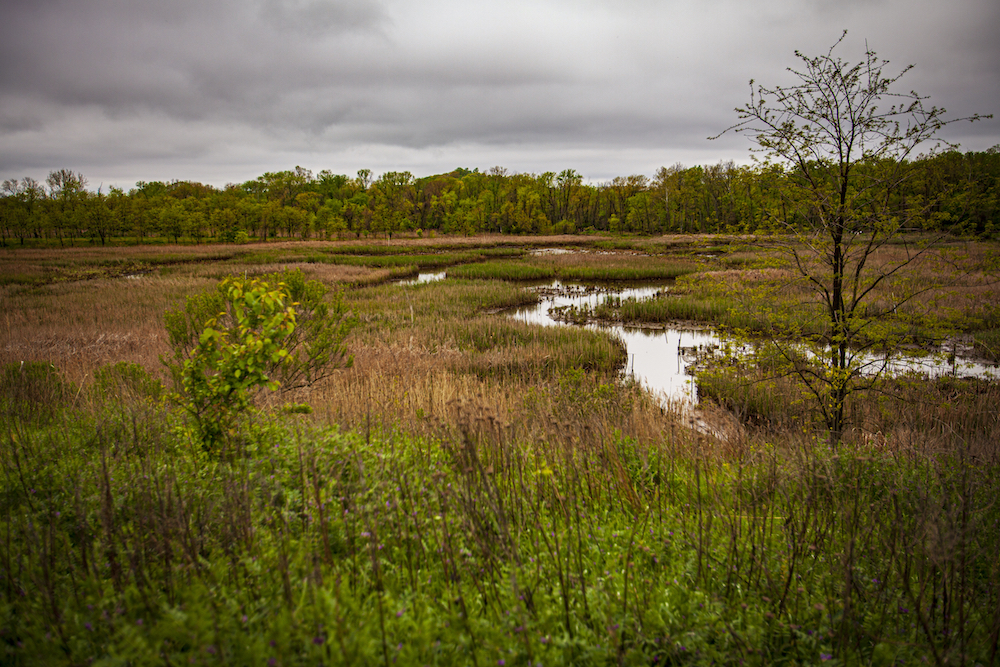 The beauty of Maryland's natural wetlands is on full display April 26 near Bladensburg, Maryland. Dioceses and other organizations around the world mark the fifth anniversary of Pope Francis' encyclical on care for creation with online events and prayers during Laudato Si' Week May 16-24. (CNS/Chaz Muth)

Five years after Pope Francis issued his landmark encyclical about the climate crisis, "Laudato Si', on Care for Our Common Home," a Vatican office has issued its boldest call yet for the global Catholic Church to become carbon neutral and to divest not only from fossil fuels but "any economic activity harmful to the planet and the people."

Aimed at achieving "total sustainability" over the next decade, the document released May 16 by the Dicastery for Promoting Integral Human Development invokes the urgency of Laudato Si' and positions its implementation smack in the middle of the pandemic still gripping the world.

"The encyclical can indeed provide the moral and spiritual compass for the journey to create a more caring, fraternal, peaceful and sustainable world," the document says. "Truly, COVID-19 has made clear how deeply we are all interconnected and interdependent."

The document spotlights seven constituencies it charges with delivering on its ambitious but necessary goals: families, dioceses, schools, universities, hospitals and health care facilities, businesses and farms, and religious orders.

"The urgency of the situation calls for immediate, holistic and unified responses at all levels — local, regional, national and international, " the document says. "We need, above all, 'a peoples' movement' from below, an alliance of all people of good will."

Modest progress has been made on some fronts. About 180 Catholic institutions around the world have publicly said they will divest from fossil fuels. Many congregations of women religious for decades have launched extensive planet-friendly initiatives.

Many parishes and dioceses have established creation care programs prompting encouraging changes in behavior and policies. There have even been some solar panel installations.

And yet, as a group the American bishops more often have addressed the climate crisis as if it were "important" but not "urgent," as their former president put it last year. Homilies about creation care remain few and far between. Although some Catholic schools have introduced creation care into their curriculum, many have not.

Four years ago, on the first anniversary of the encyclical, an NCR editorial heralded "the emergence of a lay-led, community-based, action-oriented movement for the environment."

Groups like the Catholic Climate Covenant and the Global Catholic Climate Movement have raised awareness and have done their best to mobilize many thousands of Catholic institutions and individuals alike at home and abroad.

But none of this measures up to the "urgent call to respond to the ecological crisis" issued by Francis March 3 in announcing celebrations for his encyclical's five-year anniversary. As he put it in a one-minute video, echoing a central message of Laudato Si': "The cry of the Earth and the cry of the poor cannot continue."

With the pope's appeal and the Vatican's most recent call to action, we should all consider ourselves put on notice, once again, to address the intertwined ecological and social crises facing our world.

It's past time for us all to step up to the challenges presented by Laudato Si'.

This story appears in the Laudato Si' at Five feature series. View the full series.
A version of this story appeared in the May 29-June 11, 2020 print issue.