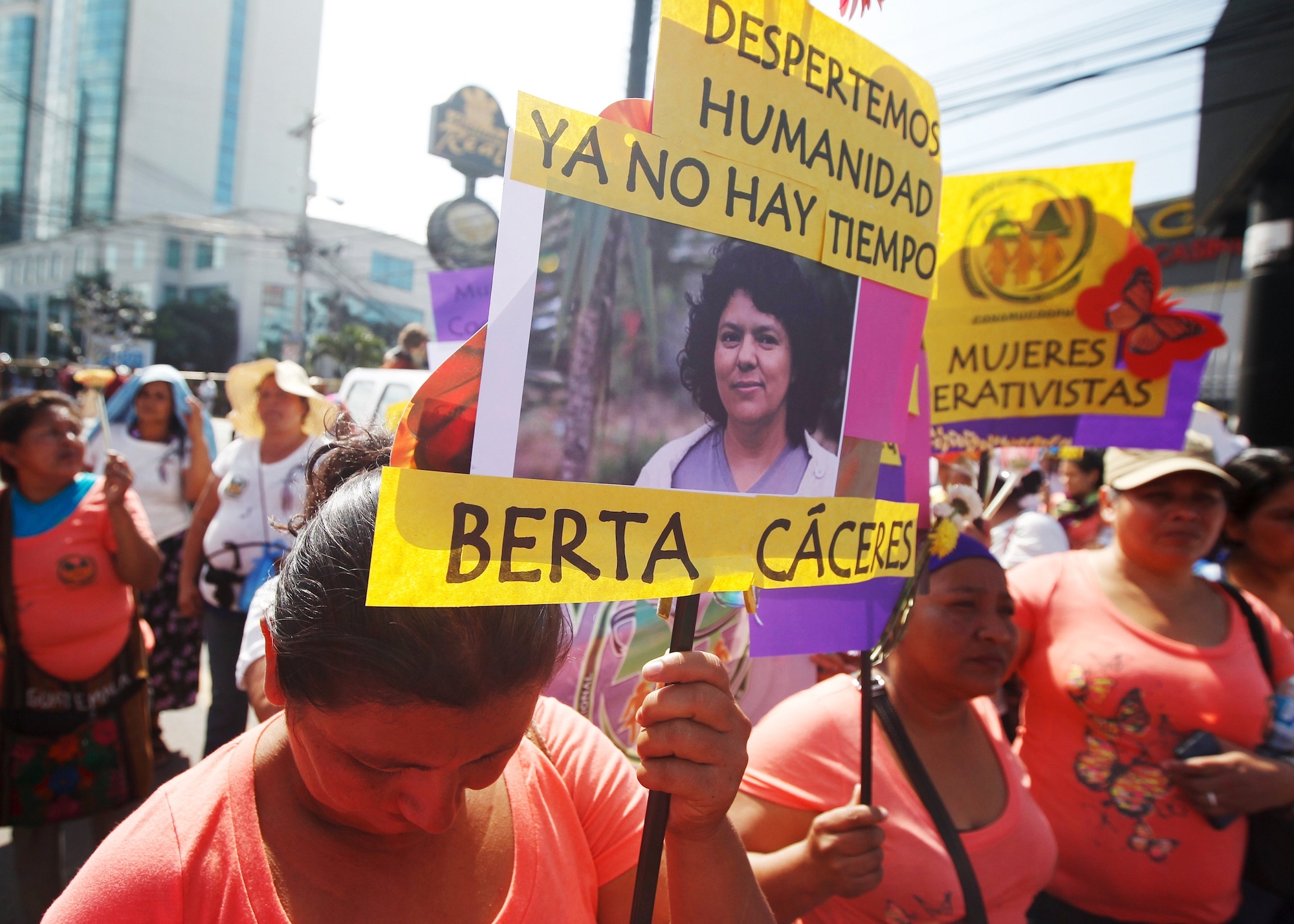 Women hold photo of slain Honduran environmental rights activist Berta Cáceres during protest in 2016. Honduras has not signed the Escazú Agreement, which took effect April 22 and protects people like Cáceres who stand up for human and environmental rights. (CNS photo/Jorge Cabrera, Reuters)

The Escazú Agreement, which took effect on April 22, is the first treaty among countries in Latin America and the Caribbean that specifically addresses environmental issues. It is also a model for the rest of the world, as it is the first international pact that explicitly protects people who defend the environment.

Officially, the treaty is the Regional Agreement on Access to Information, Public Participation and Justice in Environmental Matters in Latin America and the Caribbean. Informally, though, it's known as the Escazú Agreement, after the Costa Rican city where it was adopted in 2018.

The pact guarantees "the right of every person of present and future generations to live in a healthy environment and to sustainable development."

It also specifically protects people who stand up for their environmental rights, requiring countries to ensure that "persons, groups and organizations that promote and defend human rights in environmental matters … are able to act free from threat, restriction and insecurity."

Countries must "take appropriate, effective and timely measures to prevent, investigate and punish attacks, threats or intimidations" suffered by those people and groups. That's especially important in Latin America, which is one of the most dangerous places for people who take action to defend their forests, rivers and other territory.

The treaty — signed by 24 nations, including six of the nine Amazonian countries — came into force just days after Amazonian Indigenous leaders declared a human rights emergency because of the number of people who have been murdered in recent years.

But only 12 countries have ratified the agreement. Among those that have not are Brazil, Colombia, Guatemala and Peru, all of which have had high levels of violence and threats against environmental defenders in recent years. And Honduras, with a similarly dismal record, has not even signed.

In "Querida Amazonia," the papal exhortation that followed the 2019 Synod for the Amazon, Pope Francis wrote, "The businesses, national or international, which harm the Amazon and fail to respect the right of the original peoples to the land and its boundaries, and to self-determination and prior consent, should be called for what they are: injustice and crime."

That holds equally true for other regions in this hemisphere and around the world. Earth Day reminds us that people of faith cannot remain silent in the face of those injustices. 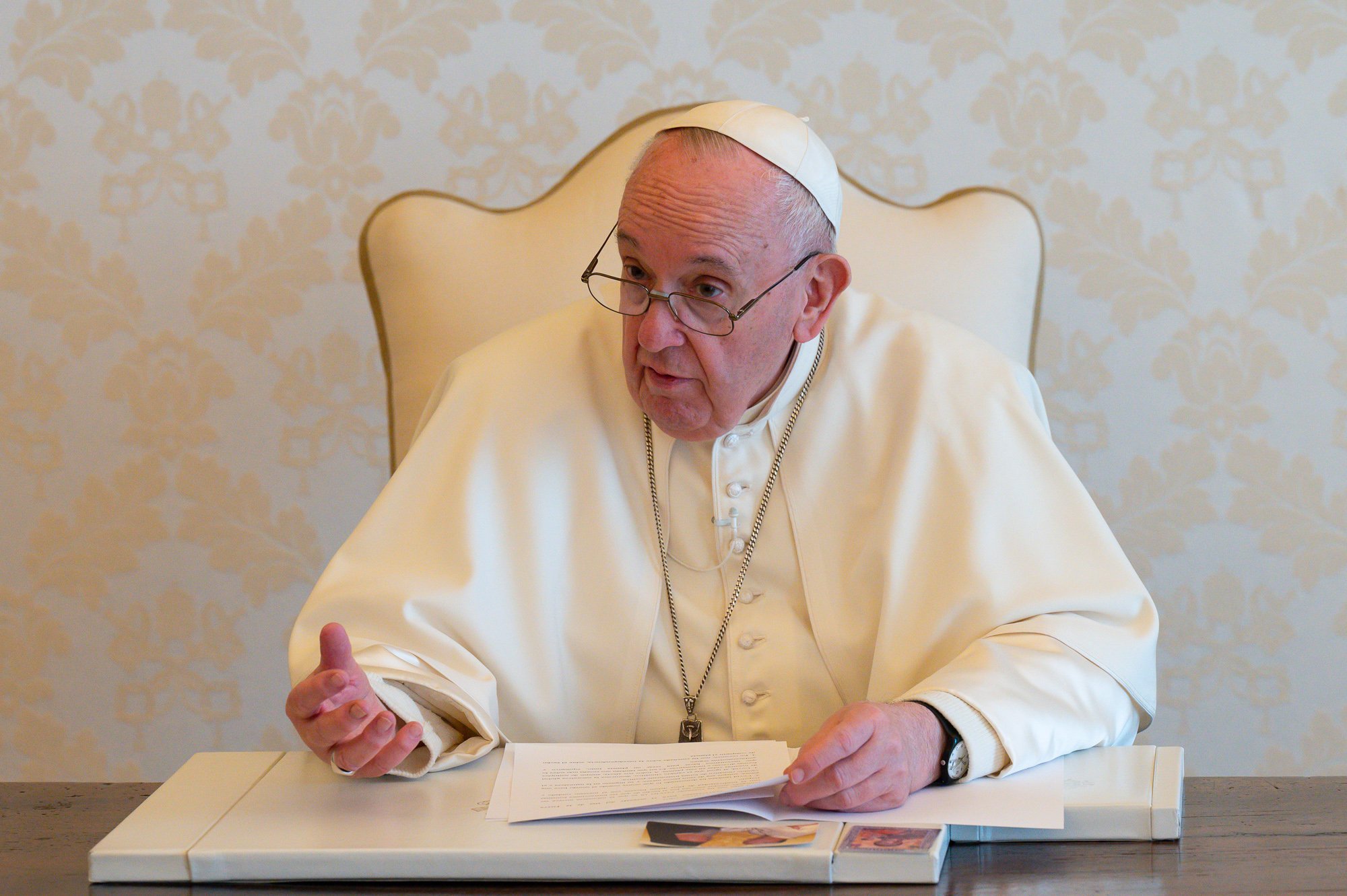 It's been a busy week.

On Earth Day, Francis delivered two messages — one to participants in the Earth Day Live celebration and one to world leaders who took part in Biden's virtual climate summit. The pope warned that "we are at the edge" with climate change, and the time to take action is now, writes NCR environment correspondent Brian Roewe.

At the summit, Biden committed to cutting U.S. greenhouse gas emissions by 50% to 52% below 2005 levels — just the kind of move United Nations Secretary General Antonio Guterres had urged a few days earlier, as reported by Valerie Volcovici and Kate Abnett at Reuters, a member of the Covering Climate Now consortium.

Biden's climate duo of John Kerry and Gina McCarthy — both Catholics — is putting the U.S. back in the climate fight, but they still face the task of winning back trust from foreign allies, reports Jeff Mason for Reuters, also for Covering Climate Now.

On the day before Earth Day, Roewe also reported on a Vatican-sponsored webinar that paired famed primatologist Jane Goodall with Cardinal Peter Turkson for a conversation about biodiversity and its importance in preserving life on Earth, not just for people but for the entire planet. And in a companion essay, freelance writer and Episcopal minister Anne Gardner described how Goodall continues to shape the narrative about conservation.

Also ahead of Earth Day, several U.S. bishops spoke out on the need for more than technology and policy to stunt rising global temperatures, and called on the church to make caring for creation more than a one-day affair. Roewe had that story, too.

One of the stories I've most enjoyed writing recently was our Earth Day profile of Boston-area composer and flutist Linda Chase, who has written an oratorio based on Francis' environmental encyclical "Laudato Si', on Care for Our Common Home." Describing how spirituality, nature and music intertwine for her, she told me, "I am interpreting Laudato Si' as a call to action through music."

Words from our readers:

About that last story, Douglas Koch of Cambridge, Massachusetts, wrote: "Thank you so much for your lovely article on Linda Chase and her Laudato Si' oratorio! You conveyed so well her commitment to ecojustice and the redemptive power of beauty, especially through music. As a long-time friend and music colleague of Linda's, I rejoice that you are helping to recognize her unique voice and vision, and encouragement of climate justice action as a spiritual practice."

The first Nobel Prize Summit — a three-day virtual event April 26 to 28 — will bring together Nobel laureates, scientists, policymakers, business leaders, and youth leaders to explore the question: What can be achieved in this decade to put the world on a path to a more sustainable, more prosperous future for all of humanity?

Earth Day also marked the start of a 21-day Catholic Environmental Justice Challenge, a chance to reflect about our connections with the Earth in preparation for Laudato Si' Week in May. If you or your faith group want more extensive background, I recommend Roewe's in-depth Burning Question explainer on "What is environmental justice?"

Do these reflections shed new light on environmental justice issues in your community? If so, we'd like to hear about it. Drop us a line at earthbeat@ncronline.org and let us share your learnings with others.