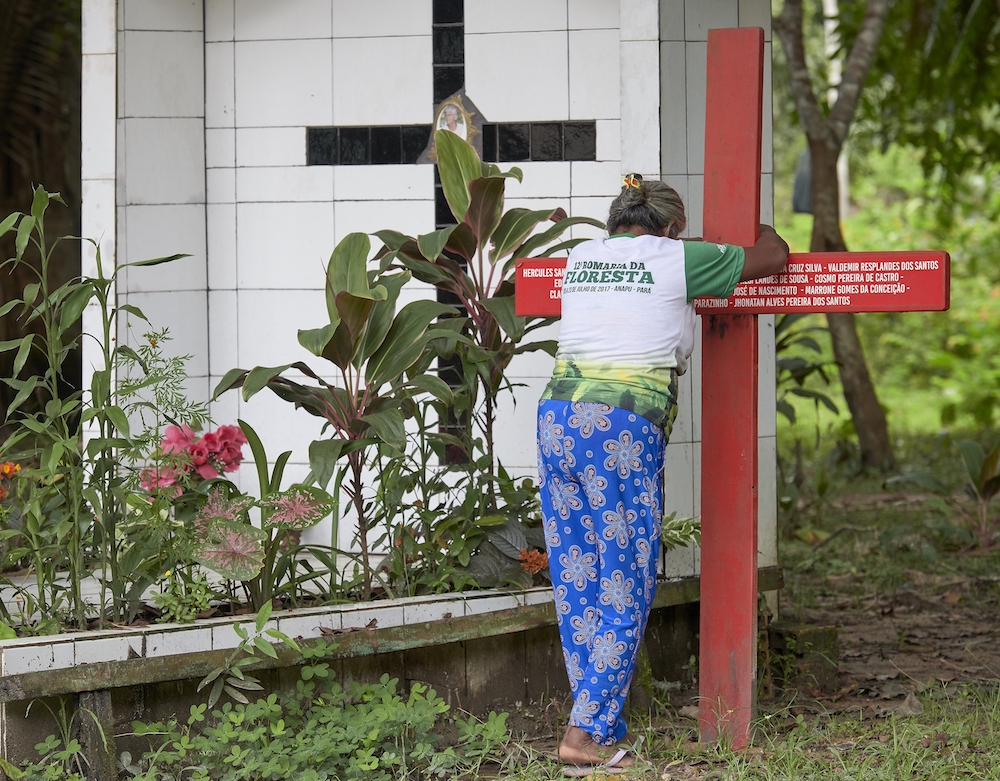 In much of the world, defending the environment is a matter of life or death.

Indigenous people, traditional communities, small farmers, fisherfolk and others depend on healthy ecosystems for their own health and their livelihoods. But they risk their lives when they defend their land against incursions by mining or oil companies, land speculators, loggers, illegal miners or organized crime groups growing drug crops.

When I talked with Jesuit Fr. Pedro Walpole for this week's story about The River Above Asia and Oceania Ecclesial Network, a new church network linking people of faith throughout the vast Pacific biome, he spoke of the vulnerability of local communities — not just to the sometimes ferocious natural phenomena of the region, but also to abuse by governments and corporations.

"The monsoons and typhoons, they are life and they are death. That's the nature of water," Walpole told me, speaking from his open-sided, wood-frame house on Mindanao, in the Philippines.

"We suffer much, but we must rise with hope and with care for creation," he said. "We need a generation that cares, and it comes out of living with the land, of living with the ocean. People in the Pacific are so close to that environment. They can't get away from it. They are so vulnerable."

Natural phenomena are not the only danger, however. People are also vulnerable to abuse by corporations that buy off government officials and community leaders, use a "divide-and-conquer" strategy to turn community members against each other, and threaten those who resist.

That came home to Walpole when the Paris Agreement on climate change was being negotiated. The only reference to human rights is in the preamble, and even then there was an effort to remove it. Catholic groups at the COP 21 United Nations climate summit joined in advocating for the inclusion of human rights in the framework.

"That's when I really realized this is a global dynamic," Walpole said of the practices that leave people unprotected when they stand up for their environmental and land rights. 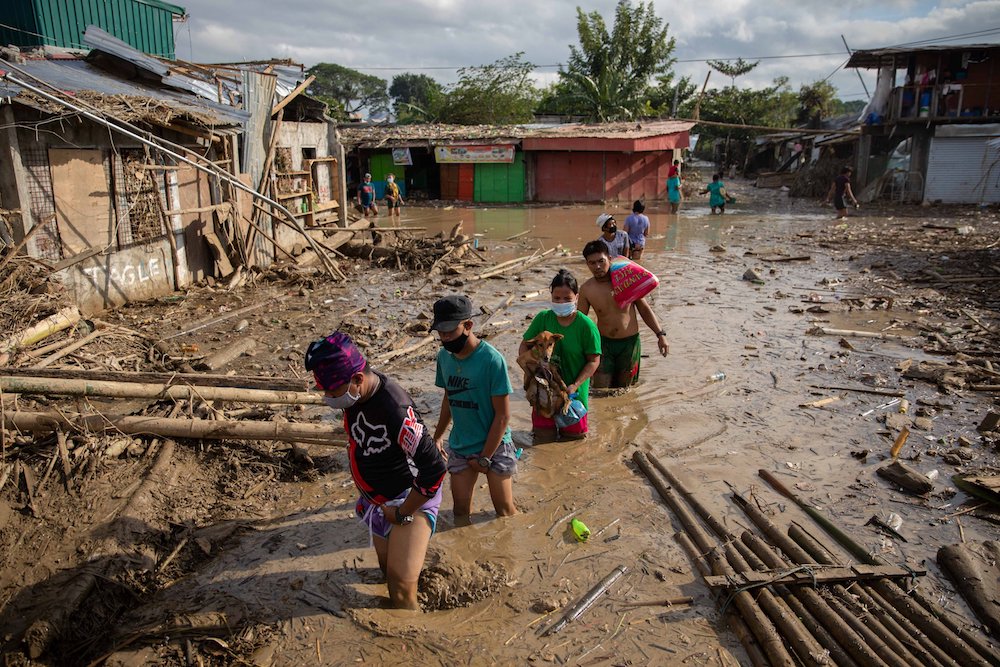 The statistics are chilling. The non-profit watchdog group Global Witness documents the murders of people around the world who are killed for defending their territories or protecting the environment where they live. Some of the victims are well known, like Sr. Dorothy Stang, who was murdered in Brazil in 2005, and Lenca Indigenous leader Bertha Cáceres, assassinated in Honduras in 2016 for her opposition to the construction of a dam in her people's territory.

In 2019, Global Witness tallied 212 murders, although the real number is probably higher. Nearly half the murders — 64 — occurred in Colombia. Philippines was the second-deadliest country, with 43 deaths. Honduras saw 14 murders, the highest per-capita figure.

Nearly two-thirds of all the murders occurred in Latin America, which has been the most dangerous region for defenders of the environment since Global Witness began keeping track in 2012. Most of the killings in Brazil took place in the Amazon region.

Of the global total, 50 people were killed for opposing mining projects. Industrial agriculture ranked second, with 34 victims — most of them in Asia.

There is one bright spot on the horizon. On Earth Day this year — April 22 — an accord aimed at protecting the rights and lives of defenders of the environment will take effect in Latin America and the Caribbean.

The Regional Agreement on Access to Information, Public Participation and Justice in Environmental Matters in Latin America and the Caribbean requires countries to "guarantee the right of every person to live in a healthy environment and to sustainable development" and protect related human rights.

Those rights are significant. Even where national legislation requires the "free, prior and informed consent" of communities before projects like mining, oil drilling or dam construction can begin on their lands, the so-called consultations are often superficial or merely informative.

Communities often lack the expertise to analyze the potential impacts of projects, and technical and legal advice can be expensive or difficult to find.

Known as the Escazú Agreement, for the Costa Rican town where it was adopted, the pact was signed by 24 nations in March 2018, after about six years of negotiations. Only half have ratified it, however. That's enough for it to enter into force, but not enough to ensure real protection for communities.

Brazil, Colombia and Guatemala — three of the six deadliest countries on Global Witness' 2019 list — signed the accord but have not ratified it. Honduras has neither signed nor ratified. There is still much work to be done to ensure that the agreement is not just another paper promise.

Walpole sees church networks like the ones that have formed in Asia and Oceania, the Amazon, Africa's Congo Basin and Mesoamerica as providing crucial support for communities that are under threat.

"Ecclesial networks affirm the basic rights of people. That's a very important role," he said, adding that they face the challenge of telling the communities' stories "without making people vulnerable."

"That's where it's difficult," he added, "because where the problems are, people are very vulnerable."

The Center for Catholic Thought & Culture at San Diego University is sponsoring a series of talks marking the fifth anniversary year of Pope Francis' encyclical "Laudato Si', on Care for Our Common Home."

The series begins at 5:30 p.m. Pacific time on Feb. 11, with a presentation featuring climate scientists V. Ramanthan and Michael Boudrias. You can find more information about this and other upcoming events on the EarthBeat Events page.

We're just a week and a half away from the start of Lent, a season that EarthBeat will mark this year with a series of reflections by Fr. Emmet Farrell, of the San Diego Diocese's office for care for creation and environmental issues. You can receive the reflections in your inbox three times a week by signing up here.

Lent offers us an opportunity to reflect on — and make change in — our relationship with the Earth, with other species and with one another. I'm going to try to get as close as I can to zero waste during this Lent — this weekend's task is to figure out the best way to do composting in an apartment.

Are you or your faith community planning to take a step toward a more sustainable relationship with creation this Lent? We'd like to hear about it. Drop us a line at earthbeat@ncronline.org and we'll share it here.