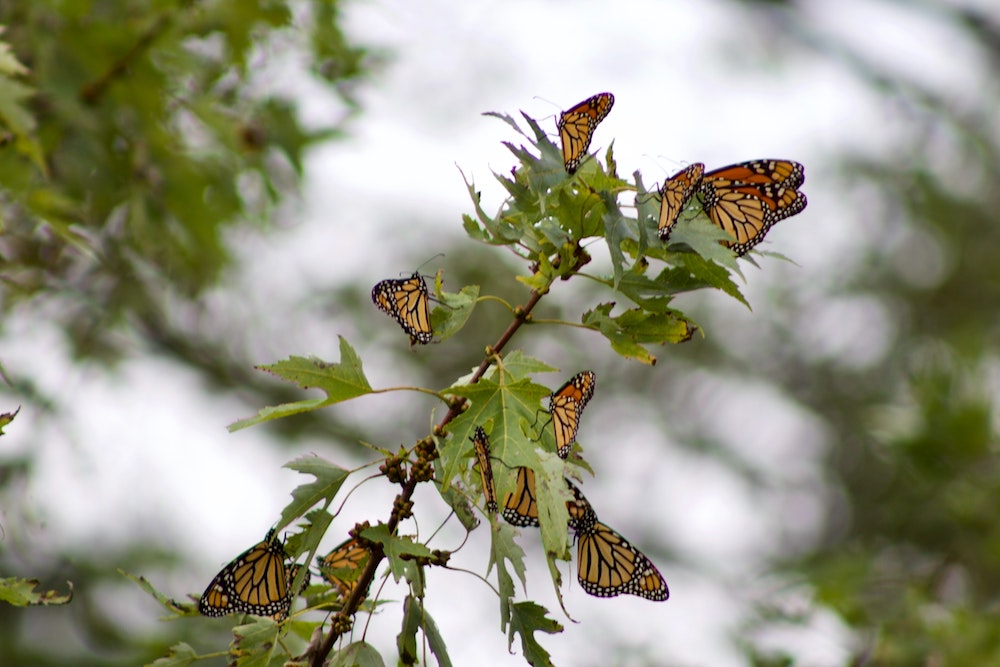 Last weekend, I helped a friend tend a terrarium in which nearly a dozen monarch caterpillars were munching milkweed leaves. Today she sent me a photo of a butterfly newly emerged from a chrysalis that we had hung in a place safe from predators. Monarch populations are dwindling, and the movement to help increase their numbers stretches as far as Peru, where I live — and where I hadn't even known there was a monarch population.

The decline of the fascinating and somewhat mysterious monarchs is a wake-up call about the state of the planet. With two weeks to go until Earth Day, this is a good time to reflect on the work still to be done to ratchet down average global temperatures and think seriously about how we will brace for the impacts that lie ahead even if ambitious greenhouse gas emission-reduction targets are met.

Earlier this year, 17 scientists from three countries warned that we are "underestimating the challenges of avoiding a ghastly future." They pointed to the combined consequences of declining biodiversity (a contributing factor in pandemics, among other things), climate change, a still-growing global population and increasing consumption that exceeds the ability of Earth's natural systems to regenerate.

"The apparent paradox of high and rising average standard of living despite a mounting environmental toll has come at a great cost to the stability of humanity's medium- and long-term life-support system," they wrote. "In other words, humanity is running an ecological Ponzi scheme in which society robs nature and future generations to pay for boosting incomes in the short term."

"Humanity is running an ecological Ponzi scheme in which society robs nature and future generations to pay for boosting incomes in the short term," scientists say.

The world has fallen short on pledges to stop the loss of biodiversity and is likely to miss the targets set by the Sustainable Development Goals. Governments have agreed on the need to limit the increase in average global temperatures to avert disastrous climate change, but doing so depends on voluntary targets that so far also fall short.

Some of the consequences are already appearing — endemic hunger and malnutrition in parts of the world, along with conflicts and migration in countries that are under particular stress from climate change — and others are likely, the authors said.

The scientists added: "The gravity of the situation requires fundamental changes to global capitalism, education, and equality, which include inter alia the abolition of perpetual economic growth, properly pricing externalities, a rapid exit from fossil-fuel use, strict regulation of markets and property acquisition, reigning in corporate lobbying, and the empowerment of women. These choices will necessarily entail difficult conversations about population growth and the necessity of dwindling but more equitable standards of living."

Their purpose in writing the short but information-packed paper, they said, was not to present a grimly fatalistic view of the future, but to motivate scientists, policymakers and the rest of us to talk realistically about the challenges we face — and what is likely to happen if we continue to avoid them.

That makes this year's environmental politics even more crucial. The next United Nations biodiversity conference is scheduled for October in China, and the next U.N. climate conference for November in Scotland. Both will be key opportunities for governments to make more concrete commitments.

President Joe Biden has invited 40 world leaders to a virtual climate summit to be held April 22 and 23, at which the U.S. is expected to announce its new emissions-reduction pledge under the Paris Agreement.

A core piece of that pledge is expected to be Biden's $2 trillion American Jobs Plan, which the president unveiled March 31, NCR environment correspondent Brian Roewe reports— and environmental groups are taking action to make sure he honors a campaign pledge to rebuild U.S. infrastructure post-COVID-19 in more just, equitable and sustainable ways.

That would bring at least some policy into line with Catholic social teaching, writes NCR political columnist Michael Sean Winters, who says that Biden's infrastructure bill and his American Rescue Plan represent a repudiation of Reaganomics, and the introduction of a new kind of social policy that we should call Fratelli Tutti economics.

Congregations of Catholic women religious have long been on the frontlines of the struggle to maintain a safe and healthy environment. Some of their efforts will be highlighted by EarthBeat and Global Sisters Report on April 13 in a conversation with Franciscan Sr. Sheila Kinsey, co-coordinator of the International Union of Superiors General's Justice, Peace and Integrity of Creation Commission, and Maryknoll Sr. Melinda Roper.

Kinsey will describe ways in which sisters around the world are "sowing hope for the planet," and Roper will share what she has learned from decades of helping rural families in Panama's Darién region live more harmoniously with their surroundings. Both will offer tips on how others might adapt some of those ideas to their own situations. You can find more information on the EarthBeat Events page. I hope you'll join us for the conversation.

As Earth Day approaches, the calendar is filling up. This week's events include a University of Dayton webinar about "The Right to a Healthy Environment in the Americas" on April 14 and "Beyond Laudato Si': Embracing the Challenge of Franciscan Eco-Spirituality in the Age of Pope Francis," a talk at Gonzaga University by NCR columnist Franciscan Fr. Daniel Horan, also on April 14.

You can find more information about these and other coming events on the EarthBeat Events page.

How is your parish or faith group planning to celebrate Earth Day this year? Drop us a line and let us know at earthbeat@ncronline.org or add your event to the EarthBeat Events page. If you need some inspiration, you can re-read Roewe's look back at the first Earth Day in 1970 and a staff report of last year's virtual celebration of the 50th Earth Day, just weeks after the pandemic gripped the U.S.