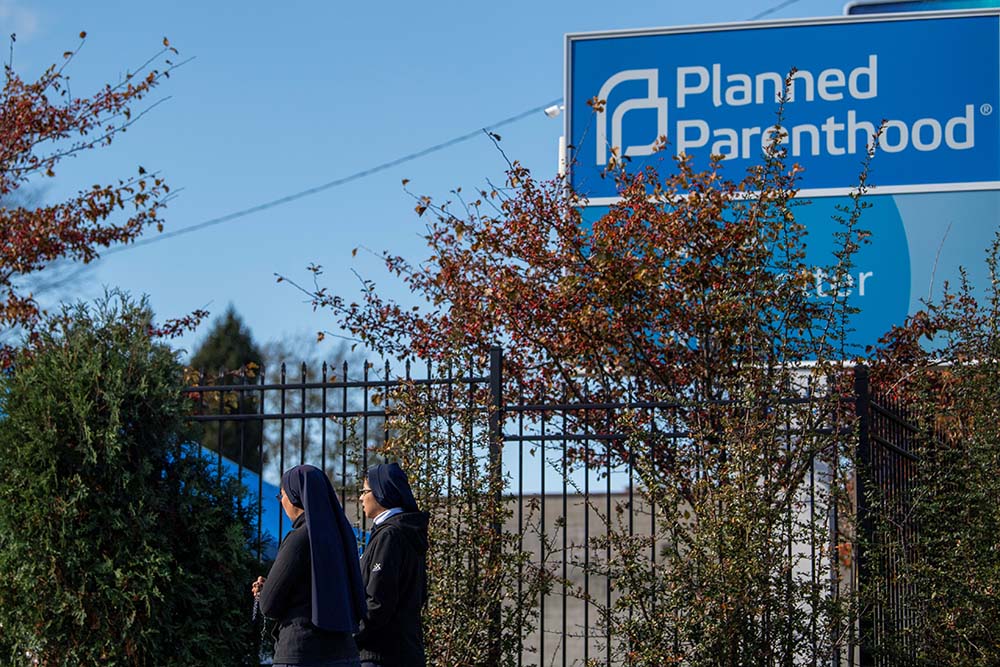 Just three months ago, abortion rights looked like an issue that would help Democrats minimize their losses in the 2022 midterm elections, and maybe even help them maintain control of the U.S. Senate.

But a New York Times/Siena College poll in October indicated that voters are now more concerned about economic issues like inflation and high gas prices than they are in preserving abortion access, or about questions of election denialism.

If that polling is accurate, then abortion may not be a decisive factor after all in a close race like the campaign for the open U.S. Senate seat in Ohio, where Democrat Tim Ryan and Republican J.D. Vance have been running neck-and-neck for months.

"I think the abortion issue is really the million-dollar question," Mark Caleb Smith, director of the Center for Political Studies at Cedarville University in Cedarville, Ohio, told NCR.

When the U.S. Supreme Court on June 24 struck down its 50-year abortion precedent in Roe v. Wade, Smith said he watched to see if Vance and Ryan would moderate their positions as the issue migrated from settled law to the political arena.

"But in this race, neither candidate did much differently than what their national party has done," Smith said. "Ryan has gone, like most Democrats, toward a desire to really codify Roe v. Wade and protect abortion rights. Vance has geared in the other direction, saying that we need to get rid of abortion."

"If the candidates had both taken moderate positions, maybe it would have scrambled the race a bit," Smith said. "But right now, it's hard to tell."

Ryan, a Catholic who as a young congressman opposed abortion rights and served on the national advisory board for Democrats for Life of America, has now positioned himself as a firm defender of legal access to abortion. In July, he voted for the Women's Health Protection Act, a federal bill aimed at codifying Roe and expanding abortion access. His campaign website promises that Ryan will "always fight back against dangerous efforts to defund Planned Parenthood." 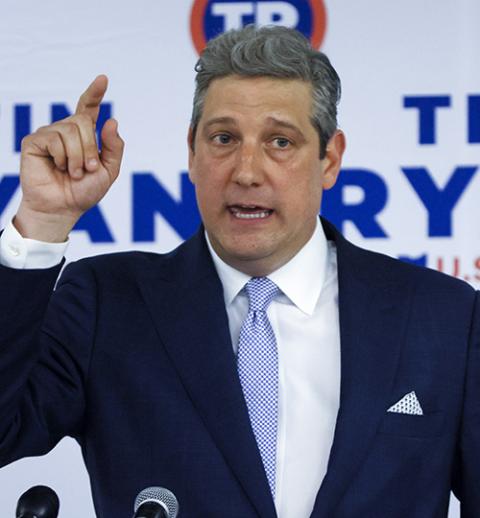 In 2009, Democrats for Life of America removed Ryan from its national advisory board after his voting record began to reflect support for taxpayer funding of abortion, said Kristen Day, executive director of the organization. Ryan said the disagreement involved with his support for publicly funding contraception to reduce abortions.

"I do believe deep in his heart, Tim Ryan is pro-life, but he didn't think he could win as a pro-life Democratic candidate," Day told NCR.

In a January 2015 essay he wrote for the Akron Beacon Journal, Ryan said he changed his thinking on abortion rights after speaking with women from Ohio and across the nation who shared with him their experiences with abusive relationships, financial hardships, health scares, rape and incest.

"We're running against somebody who fails to recognize that pregnancies can be very, very complicated things that require all of us to have some compassion," Ryan told supporters during an Oct. 2 virtual rally hosted by Catholics for the Common Good.

Ryan's staunch support for abortion rights has provided an opening for Vance, a Catholic convert who told reporters Oct. 5 in Columbus that "it is insane where Democrats have gone on abortion policy" in recent months. 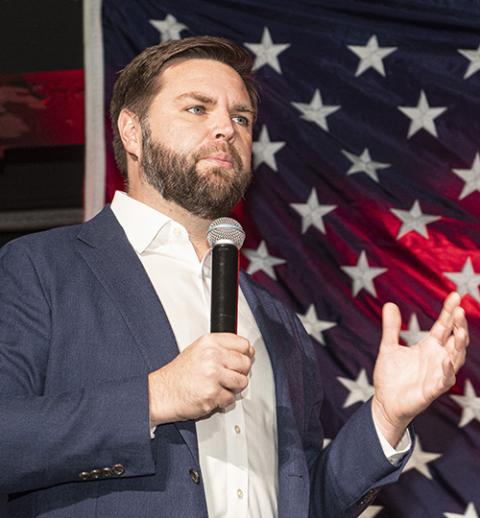 He accused Ryan of holding "a radical position that is so out of step with pretty much anybody in the country."

Vance's campaign website describes Vance as a "100 percent pro-life" candidate who believes that abortion has turned American society "into a place where we see children as an inconvenience to be thrown away rather than a blessing to be nurtured."

Over the last two years, Vance has made controversial comments on abortion, comparing the issue to slavery and raising the specter of billionaire financier George Soros flying Black women from Ohio to get abortions in California.

Vance has also sent mixed messages on abortion policy. In a September 2021 media interview, he sounded skeptical of whether restrictive laws should have exceptions for rape and incest, telling a journalist that "two wrongs don't make a right."

In October, Vance said South Carolina Sen. Lindsey Graham's national bill that would ban abortion at 15 weeks, with exceptions for rape, incest and to save the mother's life, is "totally reasonable."

Read this next: JD Vance and Tim Ryan, two very different Catholics, vie for power in Ohio
This story appears in the 2022 midterm elections feature series. View the full series.