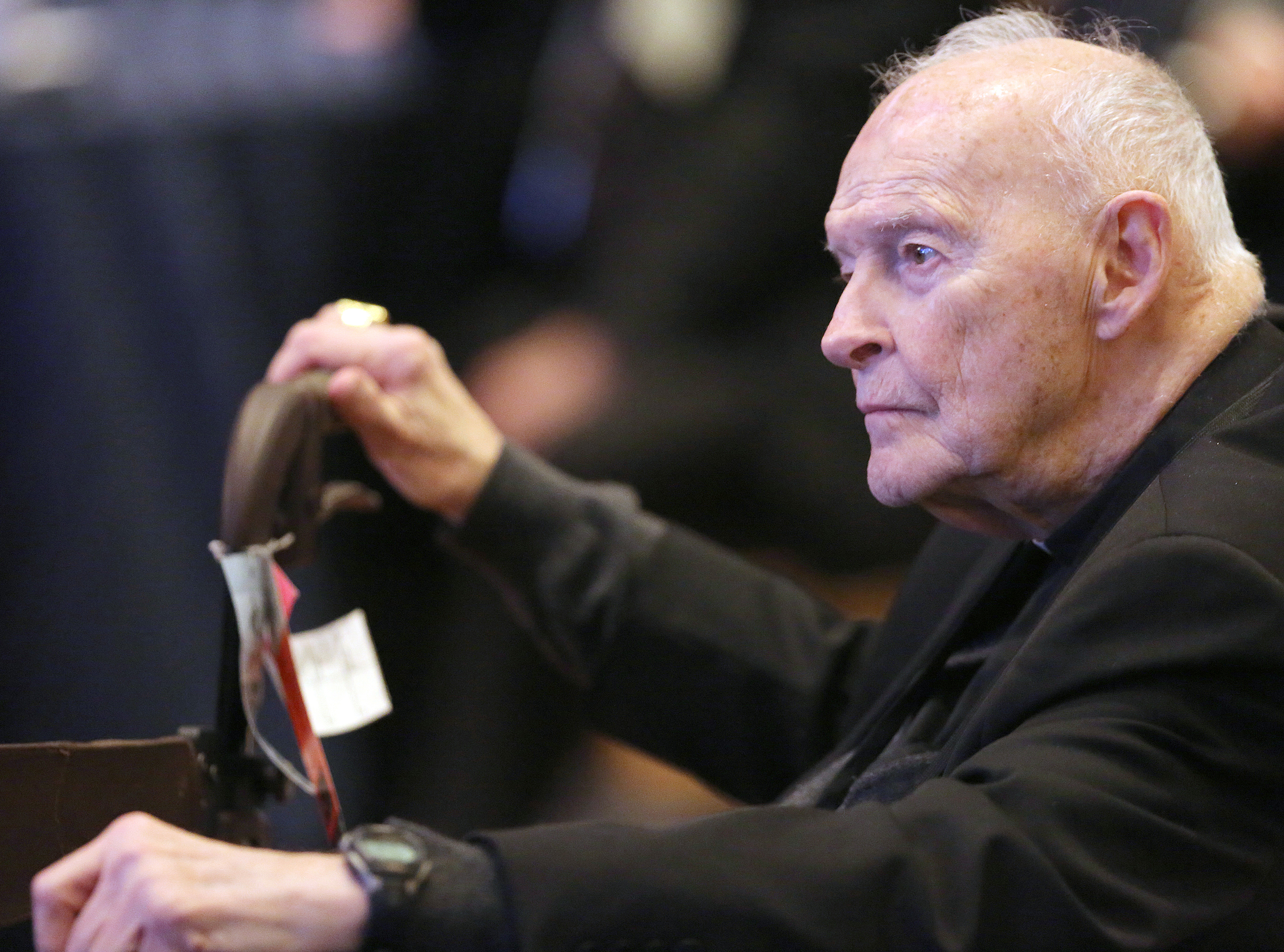 News that charges of sexual abuse of minors and seminarians have been lodged against Cardinal Theodore McCarrick shocked some this summer.

But Mark Crawford was not among them.

Crawford, because of his contacts among priests and church workers, had heard the buzz about the cardinal's alleged sexual interest in seminarians for years, although he had no direct knowledge. But he did know one thing: Crawford himself had suffered long-term abuse from a priest in the Archdiocese of Newark, had gone to McCarrick when the cardinal led the archdiocese, and was promised that something would be done.

And his abuser was soon returned to ministry.

Crawford described McCarrick's demeanor at their 1997 meeting as cold and aloof. The then-archbishop said it was his first meeting ever with a victim of sex abuse by clergy. During the meeting, McCarrick told Crawford that his abuser, Fr. Kenneth Martin, would never have access to children again.

"I knew he was compromised when nothing changed," Crawford told NCR during an interview from his house here. Instead, Crawford watched from afar as his abuser was sent away. But about two years later Crawford picked up a copy of the Advocate, the archdiocesan newspaper, to discover a photo of Martin and McCarrick together at a Christmas party for children at St. James Hospital in Newark where Martin had been assigned as chaplain.

"They never told me anything," he said about the archdiocese's subsequent placement of Martin.

After the enactment of a no-tolerance-policy by the U.S. bishops in 2002, Martin was taken out of ministry by Archbishop John Myers, McCarrick's successor in Newark and, according to local news accounts, worked for the New Jersey Transit commuter rail line.

McCarrick, Newark archbishop from 1986 to 2000, was named archbishop of Washington in 2000, retiring in 2006. Now 88, he lives in retirement outside Washington. This summer, the Archdiocese of New York determined that a charge that McCarrick had groped an altar boy in the early 1970s* was credible, and later stories published in The New York Times and The Washington Post described a pattern of the cardinal's sexual interest in seminarians as well as another man who was a minor at the time of the alleged abuse.

Crawford has been a long advocate for the rights of sexual abuse survivors. He received a settlement from the archdiocese of over $108,000, and has been active in SNAP (Survivors Network of those Abused by Priests) as the long-time head of the group's New Jersey chapter. He has appeared on the Oprah show and testified in front of a White House committee formed by former President Barack Obama and the New Jersey State Senate about sex abuse of minors. While his case was under consideration, the archdiocesan attorneys kept asking him for a pledge of secrecy, a deal Crawford declined to accept.

"What I got was a legal response, not a pastoral response," said Crawford.

Now 55, Crawford describes his teen years as a regular effort to break away from what he said was Martin's obsession with him. From a devout Catholic family of nine children, he said that Martin inserted himself into the life of the family, presiding over his father's funeral, and became a regular presence in the household. The rectory at St. Andrew's Parish in Bayonne, New Jersey, where Martin was pastor, was just two blocks from the family house.

He described Martin as a priest who prided himself on his orthodoxy, regularly wearing a full-length cassock. The parish website history at Holy Name of Jesus Church in East Orange, New Jersey, where he later served as pastor, describes Martin as a master fundraiser responsible for raising $250,000 for parish building projects.

Crawford, who works at Newark Airport for an airline, has carefully monitored the continuing role of New Jersey's bishops in the sex abuse crisis.

Crawford's abuse began when he was 13. Martin took Crawford on a train trip to Colorado, where they stayed in a mountain cabin, and proceeded into regular abuse after the two returned to New Jersey. At 17, Crawford enrolled at a Capuchin Franciscan seminary, as an effort, he recalled, to create distance from his abuser. In response, Martin applied to join the Capuchins.

At the time, the Iran hostage crisis was in the news. "I wanted to take the place of the hostages," Crawford recalled, noting that Martin's obsession sometimes took the form of beatings. "I was scared to death of him," he said.

In 1983, he said, he first told archdiocesan authorities, via a meeting with auxiliary Bishop Jerome Pechillo. Pechillo died in 1991, and, Crawford said, nothing came of their discussions. Instead of being removed from ministry, Martin was later appointed McCarrick's personal secretary.

As for McCarrick, Crawford said that "I am not shocked by any of this." The recent revelations, he said, resurfaced many of the incidents in his own long struggle for validation from church authorities that he was abused.

"A lot of things are different," said Goodness, the archdiocesan spokesman. Background checks for all archdiocesan employees are now routine and 20 priests have been removed after credible accusations of sex abuse. The Catholic diocese of New Jersey have paid out in total more than $40 million* in settlements,

Crawford is not assuaged.

"It made me angry at the institutional church. Knowing what they did, they allowed him to do it. He [McCarrick] didn't report my abuse to the police. Kenneth Martin was put back into ministry," he said.

The revelations about McCarrick, he said, raises questions about the handling of his case, as well as others during the cardinal's church career as an auxiliary bishop in the Archdiocese of New York and as bishop in the Diocese of Metuchen, New Jersey; Newark, and Washington, D.C.

"How many other known child molesters has he protected?" Crawford asked. For now, the answer is shrouded in a secrecy logjam that he hopes is only now beginning to break.

*This article has been corrected. An earlier version stated the abuse took place in the 1960s.

* Correction: An earlier version of this article incorrectly stated that the Newark Archdiocese had paid out more the $40 million in settlements. That figure is for all dioceses in New Jeresey, not Newark alone.