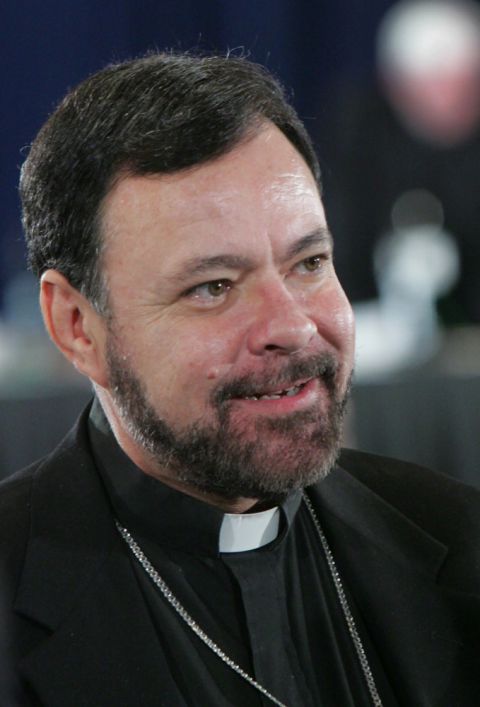 Los Angeles — Citing health and other personal reasons, Los Angeles Auxiliary Bishop Alexander Salazar, 69, said he offered his retirement to Pope Francis for "the good of the church."

The Vatican announced Dec. 19 that the pope had accepted Salazar's request for early retirement.

According to the archdiocese, Los Angeles Archbishop José Gomez requested and received permission from the Congregation for Bishops in Rome for the archdiocese's independent lay oversight board to review an allegation against Salazar of misconduct involving a minor dating back to the 1990s.

In a Dec. 19 letter to Catholics in the archdiocese, Gomez said the actions were taken "out of deep concern for the healing and reconciliation of abuse victims and for the good of the church's mission."

Salazar has consistently denied any misconduct or wrongdoing. The archdiocese confirmed that the allegation against the bishop was never prosecuted and that it knows of no other such allegations against him since his ordination to the priesthood in 1984.

Born in Costa Rica in 1949, Salazar grew up in Los Angeles after his family moved to the U.S. when he was 3 years old. He graduated from local Catholic schools and after 10 years as a high school teacher, he studied for the priesthood at St. John's Seminary in Camarillo.

In a 2004 interview with The Tidings, the former archdiocesan newspaper of Los Angeles, before his episcopal ordination, Salazar recalled that his experience as an extraordinary minister of Holy Communion while teaching at St. Albert the Great School in Compton, reawakened a childhood desire to consider the priesthood.

Following his ordination to the priesthood, he served in several Los Angeles-area parishes before being named vice-chancellor for the archdiocese in 2003.

Since being ordained a bishop in 2004, Salazar has served at different times as vicar for the San Pedro Pastoral Region, vicar for Ethnic Ministries and head of the archdiocesan Office of Justice and Peace.

Throughout his priestly career, Salazar has been known as an advocate for the poor and immigrants.

At the Sept. 7, 2004, news conference announcing his appointment as auxiliary bishop, he pledged to work "for peace and justice, for tolerance and understanding, for building bridges and not walls, to join hands together in friendship and goodness."

Two years before being consecrated a bishop, he had been the subject of an investigation by the Pasadena Police Department.

An adult male had come forward to police alleging sexual misconduct by Salazar when he was a minor in the 1990s. At the time, the bishop was serving as associate pastor at Assumption of the Blessed Virgin Mary Church in Pasadena.

The archdiocese was informed of the allegation and police investigation in 2005 through a third party. Cardinal Roger Mahony, then archbishop of Los Angeles, requested a full review of the case with law enforcement officials.

Because the allegation concerned a bishop, Mahony also immediately took the matter to the Vatican's Congregation for the Doctrine of Faith. The congregation conducted its own probe and as a result, "certain precautionary measures on the ministry of Bishop Salazar" were imposed, Gomez said in his Dec. 19 letter.

Archdiocesan officials told Angelus News that since succeeding Mahony in 2011, Gomez has continued to follow the conditions imposed by the Holy See on Salazar's ministry and has remained in regular contact with Vatican officials regarding his status.

This fall, as the Los Angeles Archdiocese prepared to update its "Report to the People of God," which lists the names of priests credibly accused of sexual abuse or misconduct, Gomez felt it was important to revisit the old allegation against Salazar.

In his Dec. 19 letter, Gomez explained that he asked for and received permission from the Congregation for Bishops to submit the Salazar allegation to the archdiocese's independent Clergy Misconduct Oversight Board.

According to the archdiocese, the board reviewed the allegation under the same standards applied to priests and deacons. It found the allegation credible and recommended that Salazar have no faculties to minister. Gomez submitted the board's findings and recommendations to the bishops' congregation in Rome.

The Salazar case joins two other recent cases involving old allegations against U.S. bishops that date to the time when they were priests.

In the cases of New York Auxiliary Bishop John Jenik and Archbishop Theodore McCarrick, Rome granted permission to Cardinal Timothy Dolan to submit both cases to his archdiocese's independent lay oversight board. Both men were accused of misconduct during their time as priests of the Archdiocese of New York.

Some canon law experts told Angelus News, the news outlet of the Archdiocese of Los Angeles, that these recent cases may signal a new moment in the way Rome handles allegations against bishops. To date, the church's approach has put metropolitan archbishops like Gomez and Dolan in an "impossible situation," according to Catholic University of America canon law professor Kurt Martens.

"It's something we need to think about in what we do with bishops, too -- not only priests," Martens told Angelus. "The pope is the only one who can make decisions on bishops. If you don't have a firm approach there, you will always be left with those situations."

"There is no real process in the code for how accusations against a bishop are to be handled, so it is really an ad hoc process," said Cafardi, who holds degrees in canon and civil law. "Certainly, Pope Francis' quick actions in the cases of McCarrick and Jenik indicate that the Apostolic See understands the importance of not letting these cases languish."

Gomez also expressed gratitude for Rome's cooperation and care for victims of abuse, thanking Pope Francis for his "loving concern for the family of God here in the Archdiocese of Los Angeles" in his Dec. 19 letter.

Kay is editor of Angelus News, the news outlet of the Archdiocese of Los Angeles.