The prelates had been set to vote Nov. 14 on two specific proposals 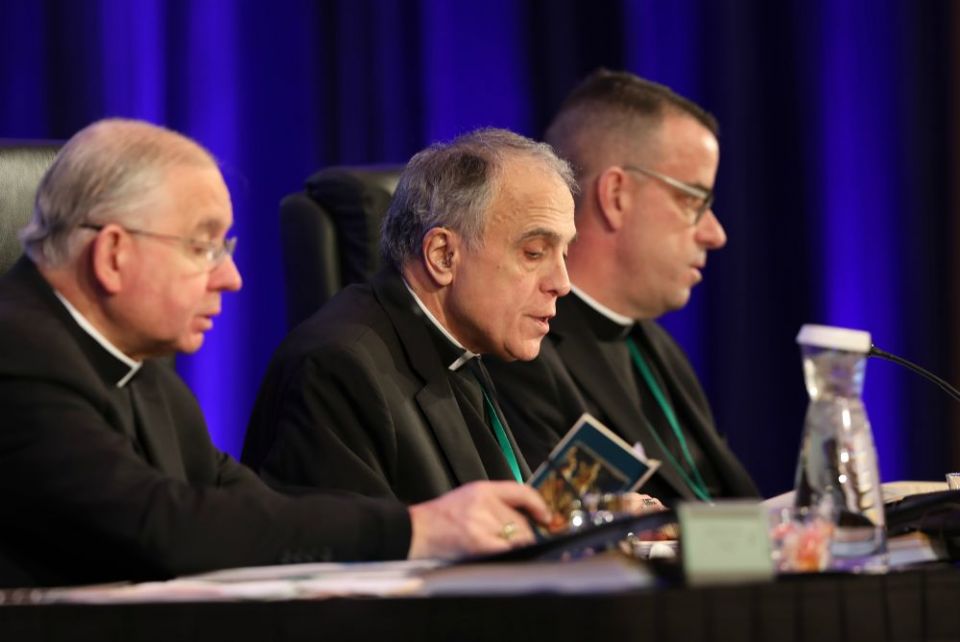 Baltimore — A surprise Vatican request that the annual gathering of U.S. Catholic bishops delay planned votes on proposals to address clergy sexual abuse has evoked outcry, even leaving some of the prelates at the meeting confused.

Cardinal Daniel DiNardo, president of the bishops' conference, announced the request at the opening of the gathering Nov. 12. He told the some 250 prelates taking part that he was "disappointed" but said the Vatican asked for the delay because of Pope Francis' upcoming February summit on child protection with the heads of all the global conferences.

The U.S. bishops are facing intense scrutiny over their handling of abuse allegations after revelations this year about the conduct of now ex-cardinal Theodore McCarrick and the release of the shocking Pennsylvania grand jury report.

The prelates had been set to vote Nov. 14 on two specific proposals: a new code of conduct for bishops and creation of a "special commission" to review complaints made against bishops.

Chicago Cardinal Blase Cupich spoke on the floor of the meeting after DiNardo's announcement. He suggested that instead of voting on the proposals, the prelates take non-binding votes on them, so DiNardo would at least have their input when he attends the February meeting.

"We need to be very clear with you where we stand, and we need to tell our people where we stand," Cupich said. He also proposed that the bishops hold a special session in March to confront the abuse issue, rather than waiting for their regularly scheduled June meeting.

As the bishops moved from the brief morning meeting to a day of prayer, some prelates expressed confusion over the announcement. Bishop Christopher Coyne of Burlington, Vermont, told a mid-day press conference the request "has thrown many of us a little bit sideways because it was completely unexpected."

W. Shawn McKnight, bishop of the Diocese of Jefferson City, Missouri, suggested to NCR that the request might indicate that the Vatican does not understand the seriousness of the situation in the United States.

"Our lethargic way of maneuvering and getting things done is problematic."

Referencing listening sessions he has had with people in his diocese, McKnight said: "There's a lot of righteous anger."

"What I perceive … is that they need to see actions from the conference of bishops and their individual bishop that manifest a true and firm purpose of amendment," he said.

"There are many, many bishops that are trying," said McKnight. "But our lethargic way of maneuvering and getting things done is problematic."

"I think there might be a cultural issue at play between the Holy See and the church in the United States," he said. "Their lack of responsiveness and immediacy is what's aggravating the situation here in the United States. And we're trying to respond as quickly as we can."

Bishop Daniel Flores of Brownsville, Texas, said in a brief interview that while he wasn't privy to the Holy See's reasons for the delay, "they must have their reason why they're asking for it."

Outside the hotel where the meeting is being held, survivors and advocates said they were "stunned" by the news from inside.

"The timing would suggest that the Vatican was sending a message, not only to the U.S. bishops but also to American Catholics, that they are in charge," said Anne Barrett Doyle, co-director of the abuse tracking website BishopAccountability.org.

"I think this is a disaster, and it's a dark day for Catholics and mostly for victims and survivors, that this feckless and cowardly group cannot act on its own to do the right thing for American children and the People of God in the United States," she said.

Other Catholics who have long worked on this issue also reacted negatively to the news of the delay.

"The hierarchy is crumbling," said Anne Burke, an original member of the National Review Board, the body the bishops set up in 2002 to address clergy abuse. She added: "Nothing surprises me."

Although Burke was not satisfied with the bishops' proposals, the "delay tactic" is even more concerning, she told NCR.

"They don't see this as a crisis," said Burke, an Illinois Supreme Court Justice. "I can't understand that they can't see beyond their own nose. "

Nicholas Cafardi, who was also an original member of the National Review Board and served as its chair from 2004 to 2005, said he was concerned by the address given to the gathering by the Vatican's ambassador to the U.S.

Cafardi, a civil and canon lawyer, said that Archbishop Christophe Pierre appeared to indicate the Vatican was downplaying the possibility of granting laypeople more responsibility for oversight.

"We must show that we can solve problems rather than simply delegating them to others."

In his remarks at the meeting, given shortly after DiNardo's announcement, Pierre said: "We must show that we can solve problems rather than simply delegating them to others."

"There may be a temptation on the part of some to relinquish responsibility for reform to others than ourselves, as if we were no longer capable of reforming or trusting ourselves, as if the deposit of trust should be transferred to other institutions entirely," he said.

Cafardi also was "not completely happy" with the bishops' proposals, but thought they are "better than doing nothing, and now they're doing nothing."

"It wasn't perfect, but at least there was some movement forward. And now that movement has stopped," Cafardi said.

"While the bishops delay on this, the problem is not going to go away," he said. "It's simply going to get worse."

McKnight expressed a similar sentiment: "Silence and inaction has gotten us into this problem. Continuing that same pattern of behavior only makes matters worse."

Although DiNardo did not initially say who at the Vatican had made the request for the U.S. bishops to delay their planned votes, he later said at the press conference that it come in a letter from the Congregation for Bishops, which is led by Canadian Cardinal Marc Ouellet.

Related: Bishops' meeting bombshell: Vatican says no voting on abuse crisis
A version of this story appeared in the Nov 30-Dec 13, 2018 print issue under the headline: Bishops, anticipating action on abuse, settle for a metaphor .