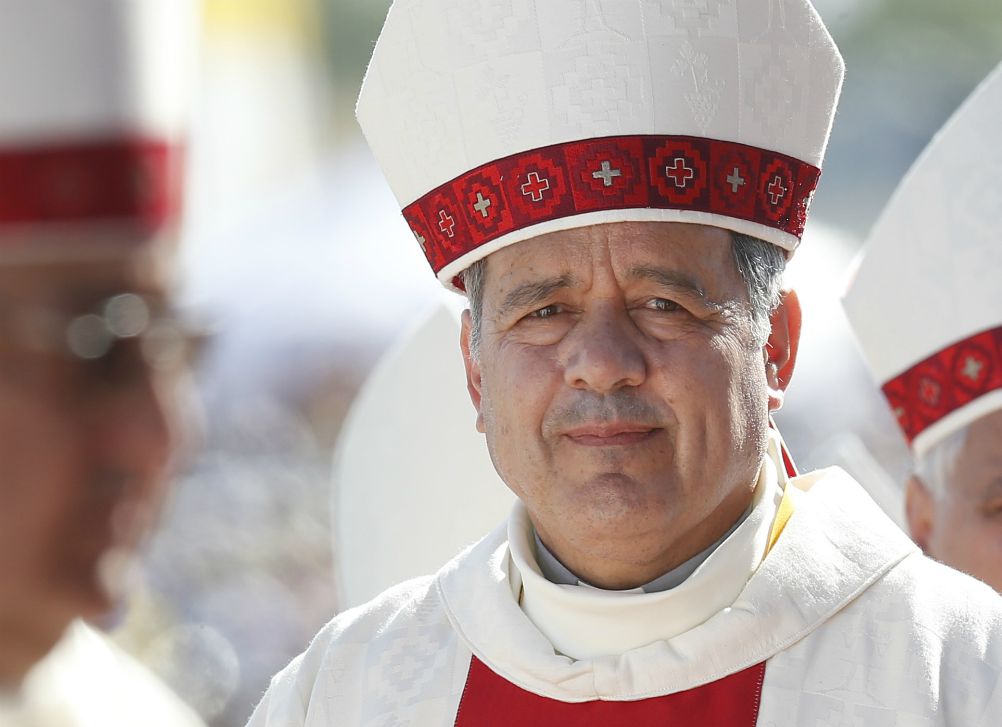 Advocates for victims of sexual abuse by clergy have welcomed the Vatican's sending a delegate to Chile to look into claims of a cover-up there, but they also wonder why it took the pope so long to make the move.

The Vatican announced Jan. 30 that Archbishop Charles Scicluna of Malta, a seasoned troubleshooter on high-profile sex abuse cases, would go to Chile to take testimony about Bishop Juan de la Cruz Barros Madrid of Osorno, Chile, who is accused of covering up allegations of abuse by a Chilean priest who was found guilty of abuse.

Allegations against Barros overshadowed Pope Francis' pastoral visit to Chile earlier this month. Catholic Chileans have protested Barros' appointment to Osorno since it was announced in 2015. Those protests intensified after Francis strenuously defended Barros' innocence and twice called victims' accounts of Barros involvement in a cover-up "calumny."

Sending Scicluna to Chile "to look into the veracity of the accusations against Bishop Barros is a wise and fair move," said Dominican Fr. Thomas Doyle, a longtime advocate for sex abuse victims by clergy.

"Scicluna has proven his ability to be objective. He is not a Vatican puppet," Fr. Doyle told NCR Jan. 30.

Marie Collins, an Irish survivor of clergy sex abuse, welcomed Scicluna's appointment. In response to questions on her Twitter feed, Collins wrote, "Archbishop Scicluna has a good history in this area."

"It's a pity the Pope did not do this before making his recent comments," she continued. "However it is good he has now looked anew and taken this step. Archbishop Scicluna has a positive record on abuse and hopefully will be enabled to do a thorough investigation #Chile."

Anne Barrett Doyle, the co-director of the church watchdog group BishopAccountability.org, which recently made public a database of priests who have been publicly accused of sex abuse in Chile, called Francis' decision "welcome news" but offered some qualifications.

"What [Francis] revealed in Chile was this baldly authoritarian stance and a skepticism toward victims and … it has caused a huge backlash," she said. "One can't help but wonder if this is simply more damage control, but it's welcome nonetheless and it's definitely the right thing to do given the circumstances."

Scicluna has a mixed record, according to Barret Doyle. He has shown greater transparency than some Vatican officials, she said, but he has also pressured victims to sign confidentiality agreements and rejected mandatory reporting by bishops.

"Given a pool of possible investigators where no one is conspicuously heroic, we could do worse than Scicluna," she said.

The Vatican announced Jan. 30 that the pope had received "some information recently with regards to the case" of Barros. Scicluna was going to Chile "to listen to those who expressed a willingness to submit information in their possession," the announcement said.

The Osorno Diocese issued a statement following the Vatican announcement that said, "The bishop [Barros] finds himself occupied outside of the city today and expressed that anything the pope may decree he accepts with faith and joy, asking God that the truth shine forth and especially appealing to the Most Blessed Virgin Mary that we all achieve peace."

The diocesan spokesperson, Jaime Coiro, later told a press conference that Scicluna's coming to Chile "demonstrates" that during the pope's time in Chile he had "an attitude of true listening and closeness to the reality and challenges of Chilean society and of the church," according to a report on the news website cooperativa.cl. 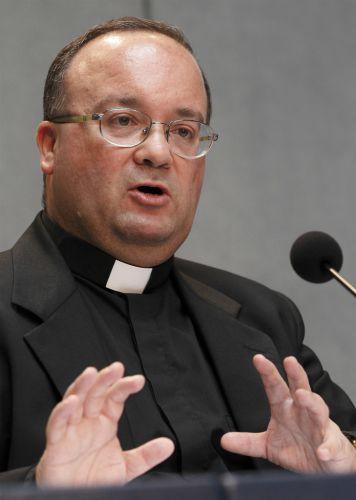 "An objective examination of the evidence of Barros' alleged complicity is far more effective than an emotional reaction," Fr. Doyle said, but added, "This is a move the pope should have made as soon as the uproar started over Barros' appointment."

"Had the Barros appointment not engendered such an angry reaction, it is possible that the disgraceful way victims in Chile have been treated may never have been exposed to the extent it has been," he said.

Barros was the protégé of Fr. Fernando Karadima, a charismatic and influential priest who was removed from public ministry in 2011 for sexually abusing minors. Allegations against Karadima became public in 2010, but through court testimony and victims' statements, it is clear that church officials were told of Karadima's abuse as early as the 1980s. Barros and others have been implicated in ignoring or covering up Karadima's abuse.

Barros and two other bishops have repeatedly denied they knew of Karadima's actions.

Juan Carlos Claret, spokesperson for the laypeople of Osorno, told local media that the news of a Vatican investigator visiting Chile was "a surprise" because "we've been demanding it for three years."

"It seems that the Vatican responds, rather than to the cry of the Catholic people, it responds more to pressure from the press," he told AND Radio. Nonetheless, the lay people of Osorno appreciate the pope's actions, he said.

"It's an opportunity that we're not going to waste, but we're also not going to trust blindly, we're going to trust lucidly, that is to say with conditions," Claret told the radio station. His group, he said, will demand that the investigation process have "independence, autonomy, integrity and transparency."

Francis has already rejected as "slander" the evidence Chileans have, Claret said, so he hopes Scicluna has "have sufficient autonomy from his boss, who is the pope."

Claret's group also wants access to the evidence Scicluna gathers and the judgement he renders. They hope, he said, that "it's not something they tell us about in a statement and that gets put away inside four walls there in the Vatican, in Latin."

Barret Doyle said, "This is an opportunity to get a fresh start on this case, for the Vatican to do what they should have done, which is to address not only the guilt of Karadima but to investigate and if necessary punish his enablers."

She said Scicluna should investigate other Karadima protégés who have been accused of covering up the abuse, as well as Cardinal Francisco Javier Errázuriz Ossa, who did not act on allegations of Karadima's abuse until the victims went public, and his successor, Cardinal Ricardo Ezzati of Santiago.

If other bishops are compromised, as the victims say they are, "then the Chilean church is being led by men who were complicit in the sexual molestation of children and vulnerable adults," Barret Doyle said. "The stakes could not be higher."

Related: Pope sends Maltese archbishop to investigate Chilean bishop in abuse cover up case
A version of this story appeared in the Feb 9-22, 2018 print issue under the headline: Vatican sends troubleshooter to Chile for abuse investigation.