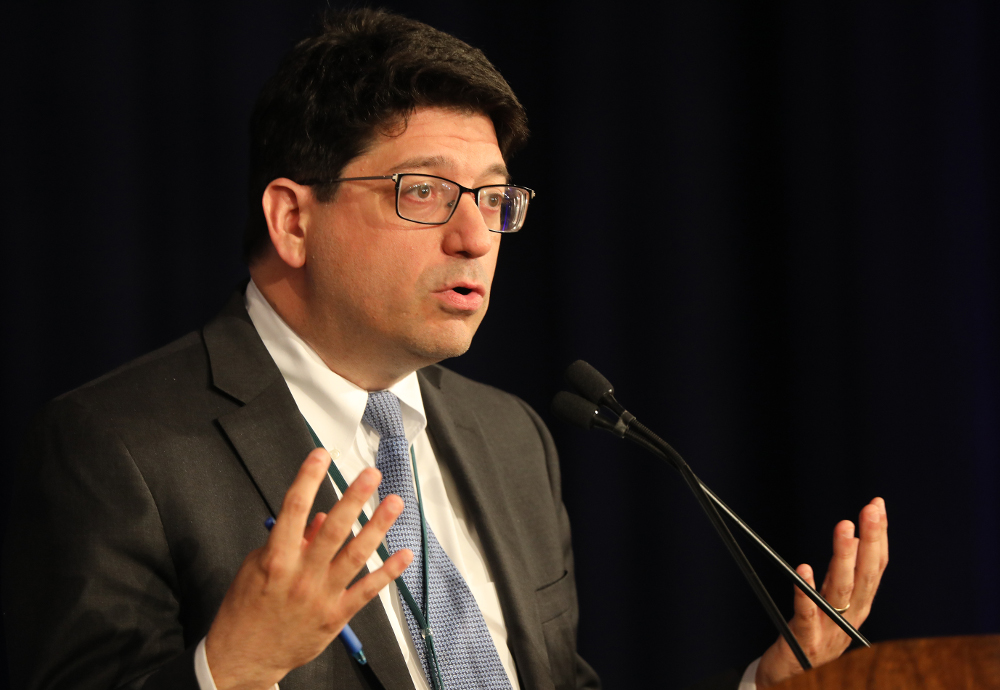 A nationwide third-party system for receiving confidential reports of "certain complaints" against bishops took a step closer to being implemented during the spring general assembly of the U.S. Conference of Catholic Bishops.

In a series of three votes June 12, the bishops voted overwhelmingly to authorize the implementation of a system that would allow people to make reports through a toll-free telephone number as well as online.

The plan met with widespread support during a 35-minute discussion on the second day of the spring assembly. The full body of bishops voted on three separate measures governing the implementation of the system.

Picarello said the reporting system would fall in line with the requirements of Pope Francis' "motu proprio" "Vos estis lux mundi" ("You are the light of the world"), issued in May. Among its mandates, the document requires dioceses and eparchies worldwide to establish "one or more public, stable and easily accessible systems for submission of reports." It set June 1, 2020, as a deadline.

All reports would be funneled through a central receiving hub, which would then be responsible for sending allegations to the appropriate metropolitan, or archbishop, responsible for each diocese in a province and to the papal nunciature in Washington, Picarello explained. The U.S. has 32 metropolitans.

The metropolitans will be responsible for reporting any allegation to local law enforcement authorities as the first step toward investigating a claim.

In response to a question from a bishop, Picarello said reports of alleged abuse or complaints about how cases are handled by a bishop will continue to be taken by individual dioceses and eparchies.

Some dioceses already have reporting systems in place. The May 31 deadline was set to allow those systems and each metropolitan to align procedures to be able to accept the reports from the nationwide hotline, Picarello said.

Although the deadline for implementation is nearly one year away, Picarello added, the bishops' conference hopes the full system can be in place sooner.

The first vote concerned putting a nationwide reporting system in place; it passed 205-16, with three abstentions.

In the second vote, the bishops agreed that the conference's executive and administrative committees would develop a more detailed proposal regarding how the system would operate. It passed 200-21, with two abstentions.

Details and cost estimates would be reviewed in September by the bishops' Administrative Committee, which includes the officers and the chairmen of the various conference committees.

The same committee in November — prior to the bishops' fall general assembly — would then review scripts and other relevant details after the selection of a vendor. The Executive Committee would continue to oversee implementation of the program.

The final vote — passing 220-4 with 1 abstention — committed the bishops to having the reporting system operational by May 31.

The proposal also calls for the online segment to contain a link that could be posted on any diocesan or eparchial website as well as the bishops' conference website.

Bishop Robert Conlon of Joliet, Illinois, said publicizing the phone and online reporting system will be key. "The last thing we want is to be accused of not being transparent of a system we are setting up," he said.

DiNardo said the reporting system as well as follow-up on how well it is working will be subject to review in three years, as called for under "Vos estis lux mundi."

Pope Francis' document is a new universal church law that safeguards members from abuse and holds its leaders accountable. It governs complaints against clergy or church leaders regarding the sexual abuse of minors or vulnerable persons.

The Executive Committee presented a proposal for a third-party reporting system to receive complaints against bishops to the Administrative Committee in September. After being accepted, the plan was initially among a series of steps to respond to the ongoing sexual abuse crisis that was to be voted on during the bishops' general assembly last fall.

However, those votes were postponed at the request of the Vatican until after Pope Francis convened a meeting of the presidents of bishops' conferences around the world to discuss a unified response to the crisis.