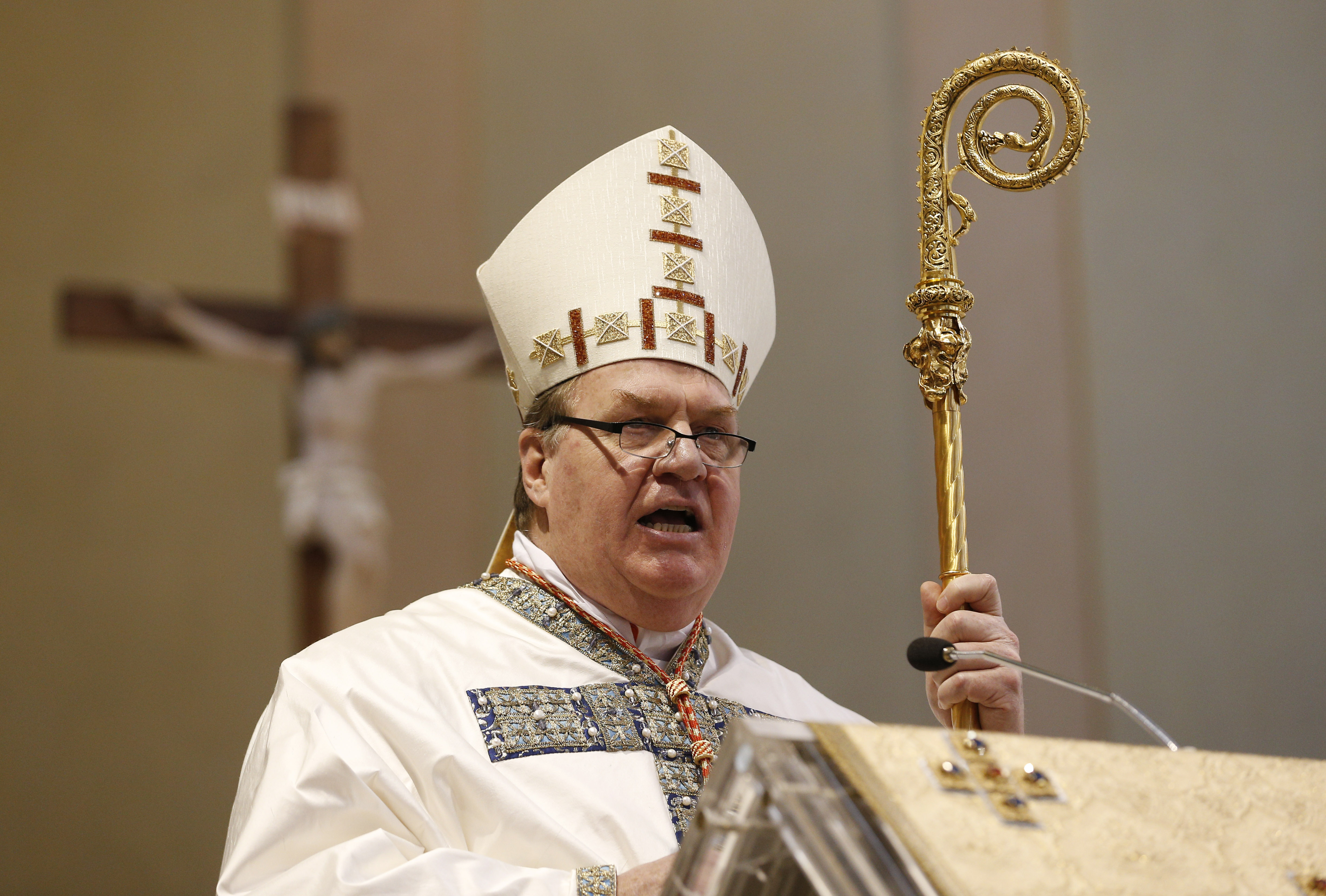 Cardinal Joseph Tobin of Newark, N.J., gives the homily during a Mass in Rome in January 2017. (CNS/Paul Haring)

The leader of one of the U.S. dioceses stung this summer by the sex abuse crisis has asked Pope Francis to relieve his appointment as a delegate to next month's synod on the youth and withdrawn from the upcoming world gathering.

In a letter to Catholics in his diocese, Newark Cardinal Joseph Tobin said, "After the revelations of the past summer, I could not see myself absent for a month from our archdiocese and from you, the people entrusted to my care."

Francis had appointed Tobin as a member of the U.S. bishops' delegation to the synod last week.

The announcement comes as the U.S. Catholic Church has been rocked by a summer of sex abuse scandals and controversy, beginning with the revelation that prominent former Cardinal Theodore McCarrick had been removed from public ministry after allegations of child sex abuse against him were found to be credible in July.  Reports that he sexually harassed several seminarians during his episcopate emerged shortly thereafter.

McCarrick was best known as the cardinal-archbishop of Washington, but from 1986 to 2000 served as the Newark archbishop.

When the revelations about McCarrick became public, Tobin said in a statement that his archdiocese had "never received an accusation that Cardinal McCarrick abused a minor," and also acknowledged that "In the past, there have been allegations that he engaged in sexual behavior with adults. This Archdiocese and the Diocese of Metuchen received three allegations of sexual misconduct with adults decades ago; two of these allegations resulted in settlements."

In a letter attached to the Sept. 21 press release, Tobin said that the "Synod is a uniquely important moment in the life of the Church, and I was honored to have been named by the Holy Father as a member of this special gathering whose topic, Young People, Faith and Vocational Discernment, is of vital concern to the Church today and in the future."

However, the cardinal added that "After the revelations of the past summer, I could not see myself absent for a month from our archdiocese and from you, the people entrusted to my care," and that he had written to Pope Francis to ask to be excused from the synod, a request to which the pope assented.

For the foreseeable future, Tobin said, he will focus on addressing the fallout from the scandals and rebuilding trust.

In the conclusion of his letter, Tobin asked that the people of his diocese to " pray for Pope Francis and for the success of the XV General Assembly of the Synod of Bishops as it discusses the topic of Young People, Faith and Vocational Discernment. Please also pray for me that, with the help of God's grace, I can do my part to help restore confidence in the leadership of our Church."

[James Dearie is an NCR Bertelsen intern.  Contact him at jdearie@ncronline.org]