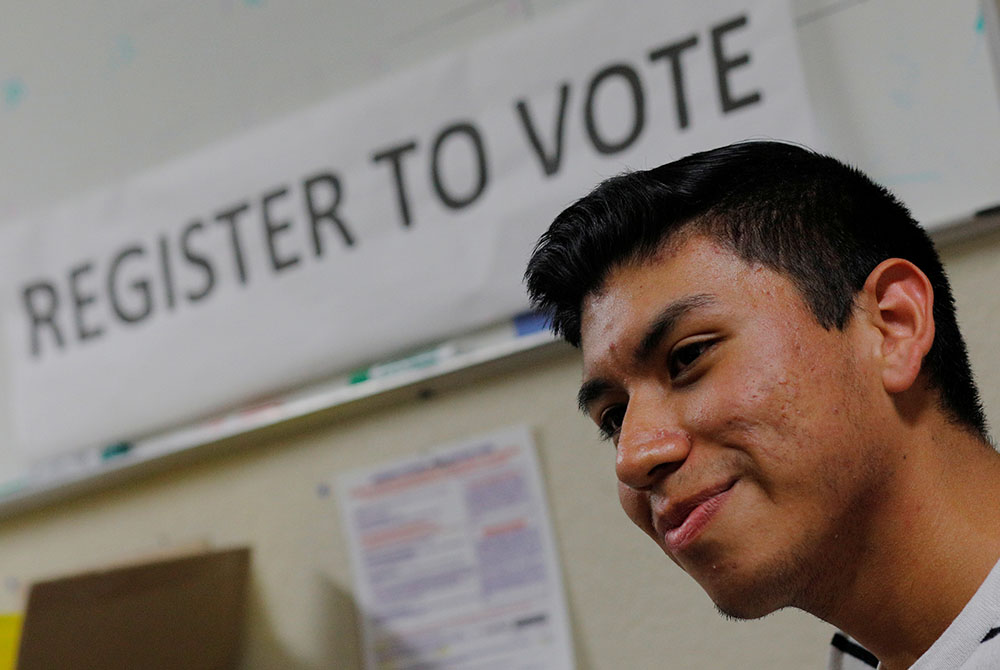 Alexis Rodriguez is pictured May 23, 2019, at the nonprofit Promise Arizona in Phoenix. Then 19, he came of age politically as President Donald Trump's conservative presidency seemed to take aim at his identities as young, gay and Latino. "It scares me to this day, just knowing that I may be under attack," he said. The new #Every30Seconds campaign hopes to reach people like Rodriguez. (Newscom/Reuters/Rian Snyder)

Around 800,000 Latinos turn 18 each year, according to the Pew Research Center. The majority of them were born in the U.S. or are naturalized citizens, eligible to vote in the 2020 election.

Latinos are projected to become the second-largest racial or ethnic voting bloc after white people this year with 13.3% of the electorate. But Latinos, and young adults of all races, have lower voter turnout rates than other demographic groups, according to Pew. In 2016, just 48% of eligible Latinos and 51% of Millennials cast their ballots.

A new campaign, #Every30Seconds (#Cada30Segundos) aims to change that by engaging Latino young adults and empowering them to vote in the upcoming elections this November.

"We need to encourage our young Hispanic Catholics to register and to vote," said Adriana Visoso, president of La RED. "And [we need] to ensure that no political affiliations or candidates will be recommended in any part of the campaign. … We just want to ensure that they know that they have power, that they have a right to vote, to decide."

On Aug. 1, 25 organizers from across the country held the campaign's first meeting on Zoom to get to know each other and strategize about the months ahead. 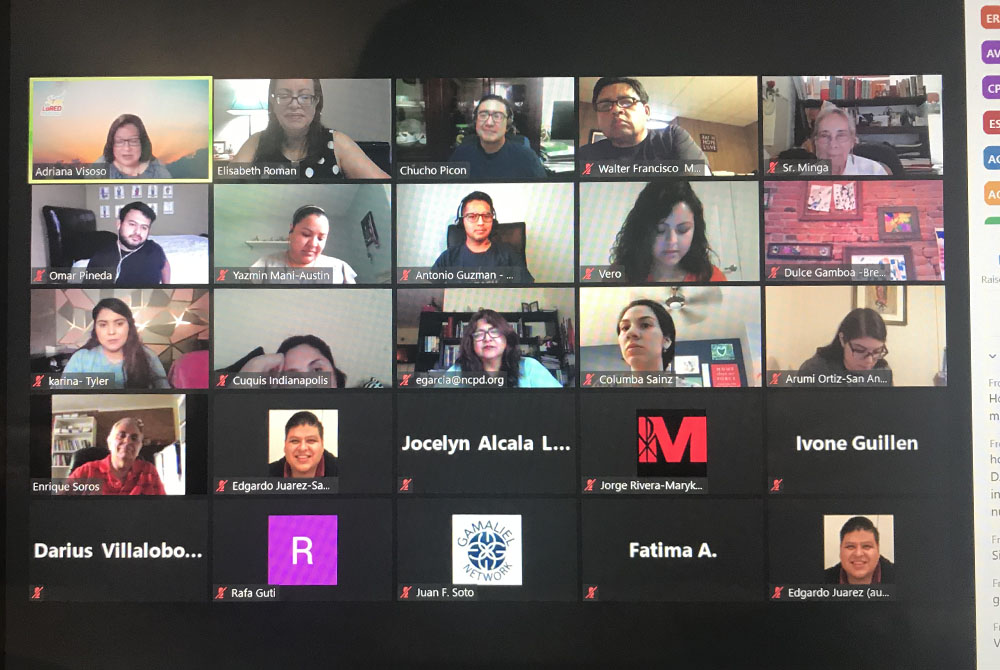 Twenty-five organizers from across the country met on Zoom Aug. 1 to get to know one another and strategize about how to empower Latino young adults to vote in the November election. (Courtesy of #Every30Seconds/Elisabeth Roman)

Given the COVID-19 pandemic, connecting online is especially crucial, said Verónica López, a young adult organizer who coordinated the Hispanic young adult ministry at the Diocese of Jackson, Mississippi, from 2015 to 2018.

Organizers plan to connect with young adults using Instagram, Snapchat, TikTok and other social media platforms, as well as over email and Zoom in both English and Spanish. They will create infographics, videos and memes to share information about how to register, apply for a mail-in ballot, and vote by mail or in person.

"If you want to motivate young people to register to vote, you've got to find a way to reach out to them the way that they would actually want to listen to you," López said.

Latinos, and young people of all races, disproportionately face structural barriers to voting that many lawyers, scholars and advocacy groups say are the result of laws that deliberately suppress the votes of people of color and young voters by imposing stringent ID laws, closing polling places in communities of color, and restricting early voting and same-day registration.

A 2018 survey by the nonpartisan Public Religion Research Institute found that Latinos were twice as likely as white voters to have to work during the hours polling places were open, three times as likely to be told they didn't have correct identification, and more than twice as likely to report being harassed or bothered while trying to vote. Latino respondents were also more likely to report trouble finding the correct polling place or registering in time to vote.

Some states have voter ID laws that require documents such as driver's licenses and auto registrations, which many young people don't have, according to The New York Times. Young people often have inflexible work schedules and limited transportation, making it difficult to get to the polls on Election Day. 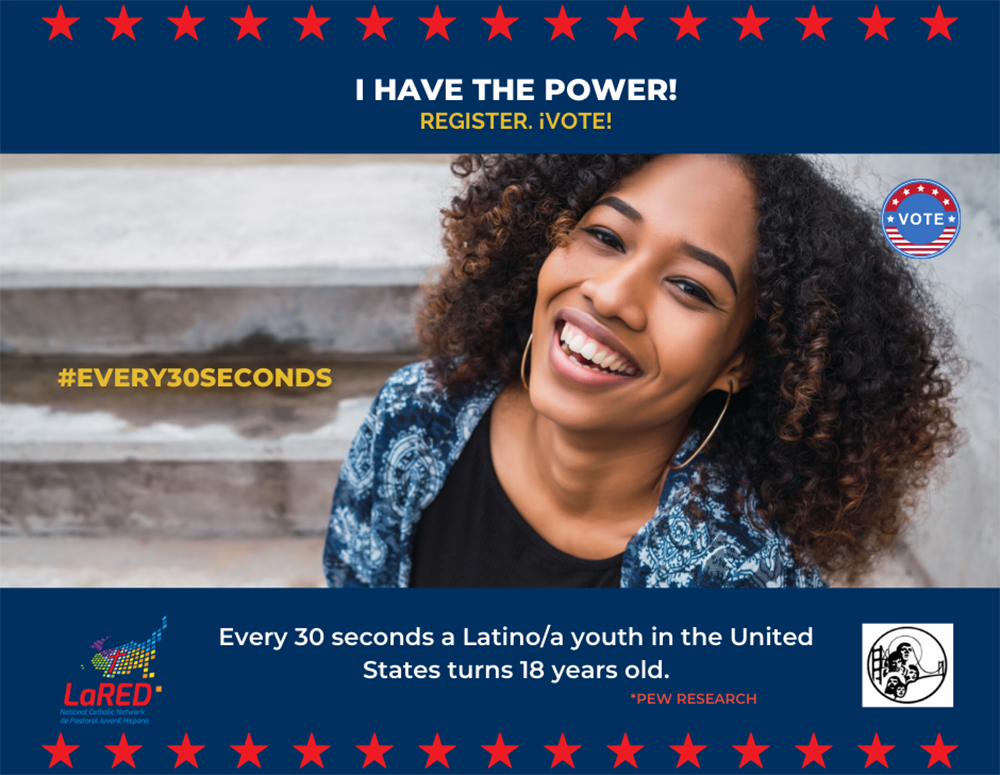 #Every30Seconds plans to engage Latino young adults using social media to encourage them to register and vote. (Courtesy of #Every30Seconds)

#Every30Seconds organizers said they hope providing step-by-step instructions and links to help young adults register online, request absentee ballots and fill out their ballots correctly will empower more young Latinos to participate, despite the challenges of navigating the electoral system.

They're also working to make the campaign accessible for voters with disabilities, who face additional obstacles to voting, such as inaccessible polling places and a lack of electronic, audio-based voting options for those who can't fill out paper ballots, according to The Pew Charitable Trusts.

"A person's disability should never impede [the] exercise [of] their constitutional right. We want to ensure that all eligible citizens have the opportunity to vote," said Esther Garcia, director of outreach and diocesan relations for the National Catholic Partnership on Disabilities, in a press release announcing the launch of #Every30Seconds. 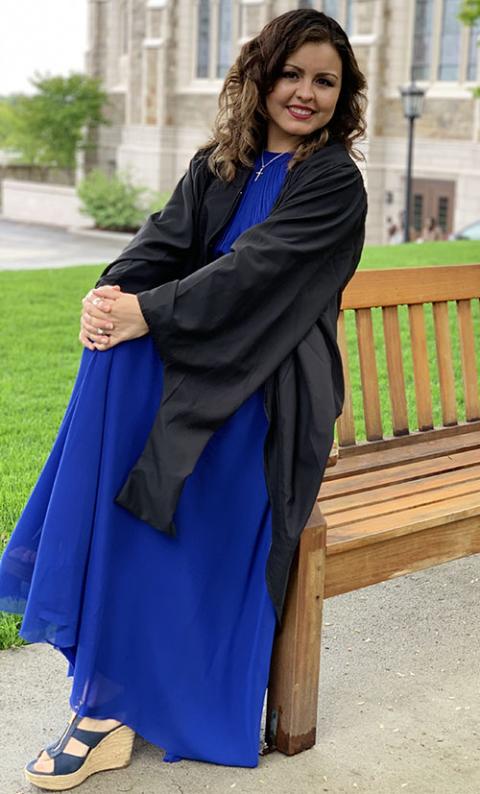 Verónica López is a young adult organizer for the #Every30Seconds campaign. She says voting is an important part of living Catholic social teaching, and she hopes to empower other young Latino Catholics to join her at the polls in November (Courtesy Verónica López/ Verónica Salgado)

López, who moved to the U.S. when she was 12 and became a citizen at 21, said ever since she became eligible, she's made an effort to educate herself about the issues that matter to her and her community, and pick the candidates who best represent those values. She said voting is important to her as a way to live out Catholic social teaching and advocate for people in her community who can't vote.

"Being Catholic compels you to go out, to be informed, to really exercise your civic duty, to know who you're voting for, and to get involved with all of the issues and all of the concerns that affect us all," she said. "Because something that affects just one person in the other part of the country; it's going to affect you, too, eventually."

People who aren't eligible to vote themselves are also participating in the campaign, including Julio Beltran, a "Dreamer" from Texas, among the 800,000 who were brought to this country as children with their undocumented families and are now seeking legal status. Beltran, assistant director of the Office of Hispanic Ministry at the Diocese of Beaumont, said he got involved in the campaign as a young adult organizer to help "make the young people aware of the power they have and the responsibility they have as Catholics."

Beltran, who works with young people in his ministry, said young adults sometimes encounter an overwhelming amount of information about candidates and policies but not enough about how to actually register and fill out a ballot.

"Especially right now that politics are so divided … sometimes they ask me, 'Who should I vote for?' " He said. "I just tell them, 'I don't mind for whom you are going to vote, but it's important that you do the research.' "

He said sometimes young adults feel disillusioned about the political system and believe their votes don't matter, or that nothing will ever change. But under the Trump administration, he said many Latinos of all ages have become more engaged in politics than before, including Beltran's own parish priest, who he said is nearly 90 years old, and originally from Spain. Beltran said after years of living in the U.S., the priest got his U.S. citizenship this year.

"People asked him, 'Why did it take you so long to become a U.S. citizen?' " Beltran said. "And prior to this, he was like, 'I'm all right, being a Spaniard, having my residency card.' But for this year, he said he wanted to vote. It was [because of] the political climate that he was like, 'I need to be involved in the process.' "

Beltran said he hopes #Every30Seconds will dispel the idea some young adults have that the church doesn't want Catholics to get involved in politics.

Beltran, López and Visoso all said the campaign will not advocate on behalf of any specific candidates or parties. Instead, it's aimed at raising awareness and sharing practical information. Visoso said that although #Every30Seconds is supported by various Catholic groups and will begin its outreach within Catholic communities, organizers hope to reach non-Catholic Latino young people as well.

López said the campaign is still in the planning stages, and organizers are working on ways to incorporate other young adults who are interested in participating as influencers in their own communities and on all the most popular social media platforms. She encouraged anyone who uses social media to share the messages, information, and links as they come out using the hashtags #Every30Seconds and #Cada30Segundos.

She and Visoso said organizers are now focused on the November general election, but hope to keep developing the campaign for future election cycles.

"I want people to know, you have the power, you are compelled, you are called as a Catholic to go out, to learn, to be informed, to vote, to be part of your society," López said. "One of the ways you can do it is using your voice. Get registered so you can vote in November."

[Madeleine Davison is an NCR Bertelsen intern. She can be reached at mdavison@ncronline.org]