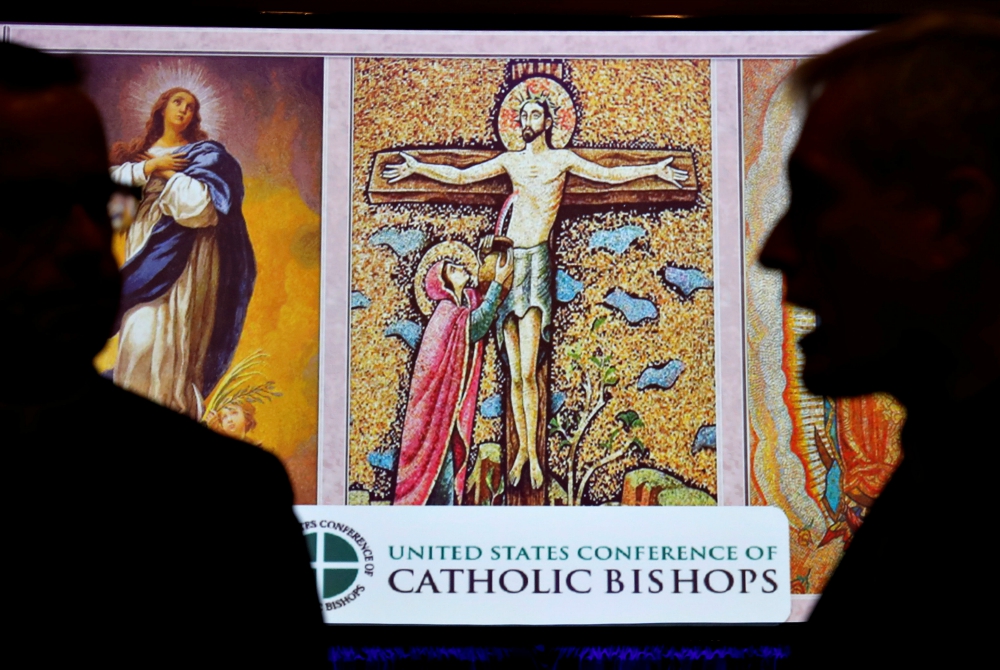 At the U.S. bishops' meeting in November 2017, as the prelates voted in the much-anticipated election for chair of their pro-life committee, the ballot offered a stark choice: one candidate a culture warrior who emphasized opposition to abortion; the other, more moderate, took a "seamless garment" approach that connects life issues.

The latter, Cardinal Blase Cupich of Chicago, had "seniority," given his red hat, but Archbishop Joseph Naumann of Kansas City, Kansas, had been given a plug by the committee's current chair right before the vote.

The final tally — 96 to 82, with about 48 unofficially abstaining by not voting — was close, but Cupich lost, even though historically that committee has always been headed by a cardinal.

The results proved that progressive prelates didn't have the numbers to control the leadership of the U.S. Conference of Catholic Bishops, not to mention its statements, policies and priorities.

And they still don't, according to bishop watchers and a recent study of the U.S. episcopacy. The makeup of the 441-member bishops' conference, especially the 273 active bishops eligible to vote, obviously influences discussion and policies, including those proposed about sex abuse that have been slated for consideration at the bishops' upcoming June meeting in Baltimore.

The U.S. bishops' conference still leans to the right, observers say, especially after two papacies — including one that lasted 27 years — in which most episcopal appointments included an orthodoxy litmus test.

That isn't undone in just six years of a more moderate papacy like that of Pope Francis, said Jesuit Fr. Tom Reese, author of several books on the organization and politics of the church. If there is a tipping point at which the bishops' conference becomes more progressive, the church hasn't hit it yet.

"It takes a long time to change," he told NCR. "If Pope Francis gets another six years, I think we will see a dramatic change. But it takes a while."

There are virtually no "ideological liberals," he said. Even when the conference included more progressive bishops, most tended to be more pragmatic than ideological. Take the late Chicago Cardinal Joseph Bernardin: "He counted the votes and went for what he thought was possible and what he could get Rome to go along with," Reese recalled. "It's hard to think of [liberal bishops] who stood up and challenged the pope the way these ideological conservatives today have."

U.S. Conference of Catholic Bishops numbers and a 2016 survey give a picture of today's American hierarchy. Click here for an overview.

Today's ideological conservatives are hard-liners unlikely to change their views, and they don't like Francis, Reese said. But he believes the "pastoral conservatives" are more "confused" by Francis and could be brought along with a more progressive agenda on some issues.

Yet there are few progressive leaders among the U.S. bishops who could sway these less ideological bishops, Reese said. Because of their small numbers, progressive or even moderate prelates "don't even want to put up a fight," he said. "They've got better things to do with their lives than bang their heads against the wall."

A new book profiling the U.S. episcopacy confirms that the number of progressive bishops is small — only 17%, according to Catholic Bishops in the United States: Church Leadership in the Third Millennium, which features data from a 2016 survey of U.S. bishops conducted by the Center for Applied Research in the Apostolate (CARA).

Those few progressive bishops tended to be older, clustered in a Vatican II-age cohort of priests ordained between 1964 and 1977. This mirrors earlier studies that show younger priests tend to be more traditional than their elder colleagues, said lead researcher Fr. Stephen Fichter, who worked on both surveys.

More than twice as many bishops surveyed (42%) said that others would describe their general theological orientation as "traditional." Another 41% said they were "moderate." These higher percentages came mostly from the post-Vatican II cohort, ordained between 1978 and 1991, and the millennial cohort, ordained after 1991.

However, the bishops' survey did not define the terms "traditional," "moderate" or "progressive," and Fichter notes that the question was broad. Some bishops may be liturgically conservative, but progressive on social justice issues, for example. 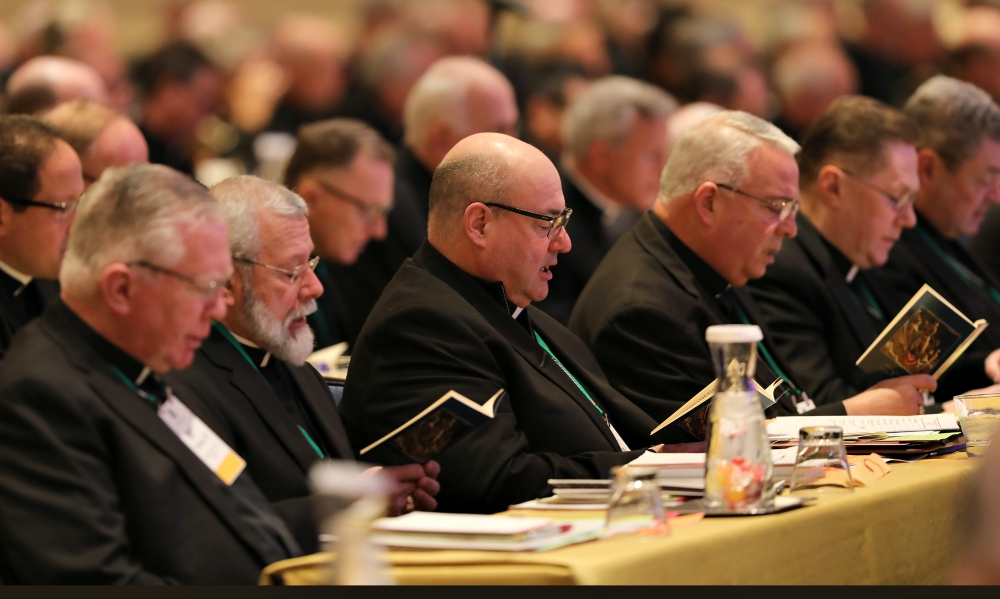 According to CARA, 20% of Latin rite U.S. bishops today were appointed by Francis, with the remaining 80% having been elevated by either Pope John Paul II or Pope Benedict XVI. At the time of the 2016 study, the percentages were: 13% by Pope Francis, 42% by Pope Benedict and 45% by John Paul II.

Despite a popular tendency to divide bishops into "Team Francis" and "Francis opponents," the study did not find a statistically significant difference in a prelate's theological orientation based on which pope appointed him, in part because Francis had appointed so few bishops, comparatively. Some Francis appointments also were men made bishops by previous popes who were simply promoted from auxiliary to ordinary or moved to a larger diocese.

Reese agrees that not all Francis appointees are necessarily liberal. In fact, he believes they are more likely to be moderate.

The survey did find that bishops appointed by Francis tend to have more pastoral experience.

But pitting John Paul II or Benedict and Francis bishops against each other isn't helpful, said Fichter. "I don't think they live it that way either," he said.

Culture warrior or culture of encounter

The division in the U.S. conference of bishops is less one of "liberal/conservative" or "John Paul II/ Francis," but rather between culture warriors and those who embrace the "culture of encounter," said Cathleen Kaveny, a law and theology professor at Boston College and longtime columnist on church affairs.

Bishops appointed by Francis "tend not to be locked into the old culture-war model," she told NCR. "They are not enough to take the majority, but I think they're coming."

In contrast to the triumphal attitude of the culture warriors — which Kaveny believes "doesn't work post-sex-abuse" — the "culture of encounter" bishops have adopted Francis' image of the church as "field hospital," where there is "more room for grappling with the messy and complicated details of people's lives," she said.

But rather than engage in "fruitless fights," this smaller group of bishops — which can include both conservatives and liberals — are instead "changing the topic" and trying to model the "culture of encounter in their own dioceses," Kaveny said.

This attitude may come from pastoral experience, as fewer of Francis' appointments come straight from high-powered positions in chanceries, according to the CARA study.

In the past, a typical "career path" for a U.S. bishop was to graduate from a high school seminary, spend some time studying at the North American College in Rome, then perhaps serve as a bishop's secretary, Fichter said. Other diocesan duties that have historically preceded an appointment as bishop include vicar general, chancellor, judicial vicar, vicar for clergy or seminary rector. 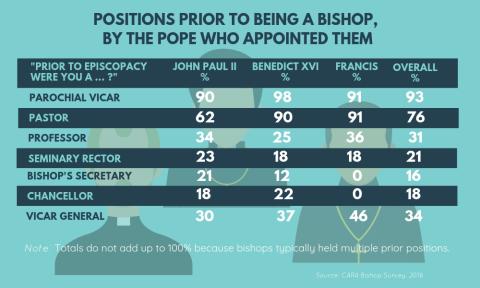 "Now it looks like they're moving away from that path," he said. "Pope Francis has said he wants bishops with the smell of the sheep on them. Our data does support that."

At the time of Fichter's research in 2016, none of the bishops named by Francis had served as bishop's secretary, as compared to one-fifth of John Paul II's appointments.

But 91% of Francis' appointees have served as pastors, compared to 62% under John Paul II.

Of course, "simply being a pastor does not necessarily mean you're pastoral," said Reese, who admits that the latter is more difficult to measure in a sociological study.

In 2002, when the bishops passed the Charter for the Protection of Children and Young People, zero tolerance for offenders — now universally supported — was seen as a "progressive" stance, in part because it was proposed by then-Bishop Wilton Gregory, who is perceived as progressive, Reese recalled.

Fast-forward a year from the pro-life committee chair vote, to the November 2018 meeting, when the U.S. bishops were discussing possible ways to close the loophole that excluded bishops from the charter's rules about clerical sex abuse. (The Vatican prevented them from actually voting on the proposals.) 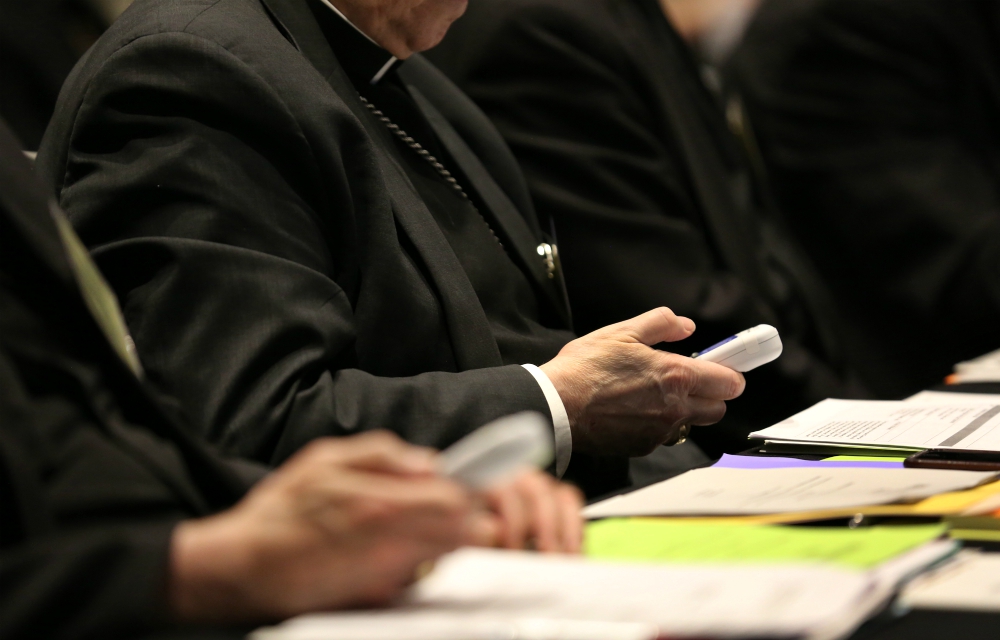 The U.S. bishops' conference president, Cardinal Daniel DiNardo of Galveston-Houston — seen as more traditionalist or moderate — spoke out in favor of a proposal that created a separate entity, a nonprofit that included laypeople, to address claims of abuse or cover-up by bishops. Cupich — often labeled liberal or progressive — instead proposed a plan that put "metropolitans" (bishops who head a geographic region, usually a state) in charge of dealing with accused bishops in his province.

Support for either proposal did not fall neatly into "conservative" or "progressive" camps, especially as conservative groups are calling for more lay involvement on sex abuse and other church issues. And the metropolitan model proposed by Cupich did include dioceses' lay review boards.

The metropolitan-vs.-new-nonprofit-entity debate may be more about subsidiarity or local power — "states' rights," if you will — Reese said, and bishops may "cross the aisle," on that or other issues.

When the vote comes during the June 11-14 meeting, any proposal that changes church law will need two-thirds — not a simple majority — for it to pass. That would be 182 yeses, assuming every bishop attends the meeting and votes.

If all this sounds like the body of bishops resembles another legislative body in the United States, Reese doesn't dispel the comparison to the U.S. Congress.

"The church is a human institution," he said. "And votes matter."

Read this next: Bishops of the United States: the basics

This story appears in the USCCB Spring Assembly 2019 feature series. View the full series.
A version of this story appeared in the May 31-June 13, 2019 print issue.