Despite vaccines, beating COVID-19 has shown to be tougher than expected 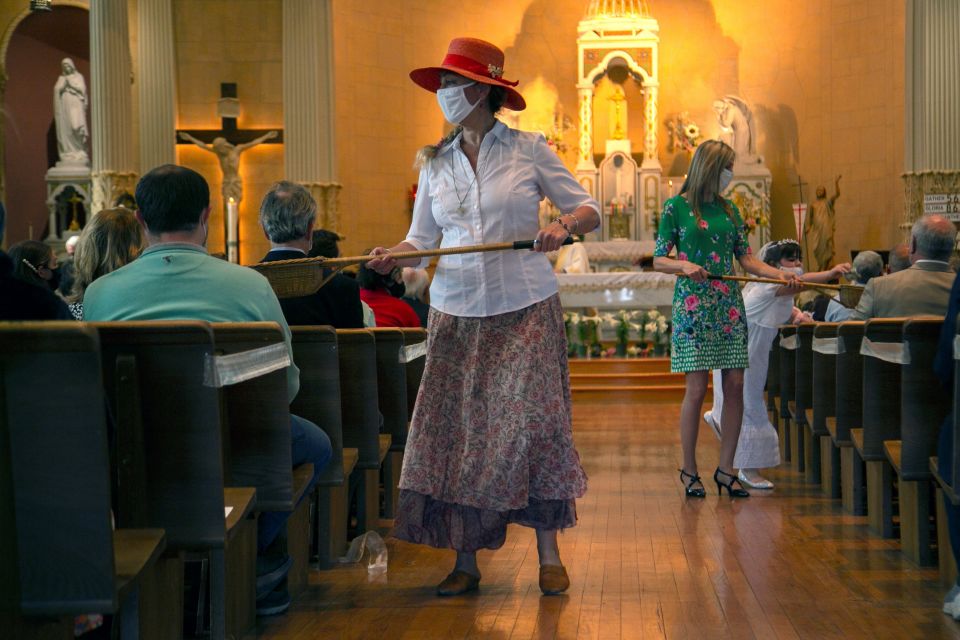 Washington — The year is ending pretty much the same way it started, with the United States wondering whether it will experience a surge in COVID-19 cases when the calendar changes numbers.

A year ago, the urge to gather with family and friends at Christmas went hand in hand with a big spike in coronavirus infections. This time, families gathered in the shadow of the newly  discovered omicron variant. Early indications say the variant seems to cause mild symptoms but is more transmissible, although not enough is yet known as to how much damage it can do.

Vaccines, which were approved on an emergency basis in the latter part of 2020, became widely available in 2021, first to the most vulnerable demographics, then to the general population. By spring, the vaccines were OK'd for use by middle and high schoolers, and by fall they had been approved for use for children as young as age 5.

That doesn't mean, though, that everyone got in a line with their sleeves rolled up for an injection. Despite Pope Francis' repeated urging, millions of Americans have refused to be vaccinated.

Some have cited religious reasons related to how the vaccines were developed.

In the U.S., the three currently being administered are the Pfizer and Moderna two-shot vaccines and the one-shot Johnson & Johnson vaccine.

The Vatican Congregation for the Doctrine of the Faith issued a statement last December, saying: "All vaccinations recognized as clinically safe and effective can be used in good conscience with the certain knowledge that the use of such vaccines does not constitute formal cooperation with the abortion from which the cells used in production of the vaccines derive."

The doctrinal congregation added, "It should be emphasized, however, that the morally licit use of these types of vaccines, in the particular conditions that make it so, does not in itself constitute a legitimation, even indirect, of the practice of abortion, and necessarily assumes the opposition to this practice by those who make use of these vaccines."

Politics may be another reason some Americans aren't getting inoculated. A Sept. 28 report from the Kaiser Family Foundation said 90% of Democrats had been vaccinated, compared with 68% of Independents and just 58% of Republicans.

There are still others who do not oppose the vaccine itself, but do oppose being forced to get it, like under mandates the Biden administration has imposed on the nation's health care workers and on companies with 100 or more employees.

Biden's mandates were to go into effect Dec. 3 for health care workers and Jan. 4 for businesses, but by early December a number of federal courts put them on hold for now.

Several city and state governments have instituted vaccine mandates of their own for health care workers, police, firefighters and all other first responders.

The holidays weren't the only cause for spikes in COVID cases in 2021. As warmer weather spread throughout most of the country, people seemed to be more optimistic that COVID had been successfully beaten back. But by late July, the delta variant had become the predominant strain of coronavirus in the United States, and death rates exceeded the 2,000-a-day mark —  equal to what it had been early in '21 — despite the widespread availability of vaccines.

As the 2021 calendar turned to December, there had been more than 48 million cases of COVID diagnosed in the United States — that's one for every seven people in the nation — with 780,000 deaths, with the daily death toll just under 1,000, despite vaccination levels. Worldwide, there have been 262 million cases confirmed and more than 5.2 million deaths.

A total of 8.02 billion vaccine doses have been administered worldwide, just a bit better than one for each person. In the United States, 468.23 million doses have been given, close to one-and-a-half doses per person.

With the rise of the omicron variant — found in at least 10 U.S. states to date — the Centers for Disease Control and Prevention reiterated their recommendation Americans get their booster shot no matter which COVID vaccine they received.

While vaccines have only recently been approved for children ages 5-11, children under 5 still cannot get immunized for COVID.

The global vaccine disparity has led to complaints by the Strategic Advisory Group of Experts on Immunization, meeting Oct. 4-7, about vaccine inequity between the world's richer nations and its poorer ones, noting that high-income countries had 35 times as many doses available to them than low-income countries.

The advisory group warned the imbalance could come back to haunt the wealthier nations — pointing to delta variant, which was first recognized in India and has surged in Europe and the U.S. And now comes omicron, first discovered in South Africa. 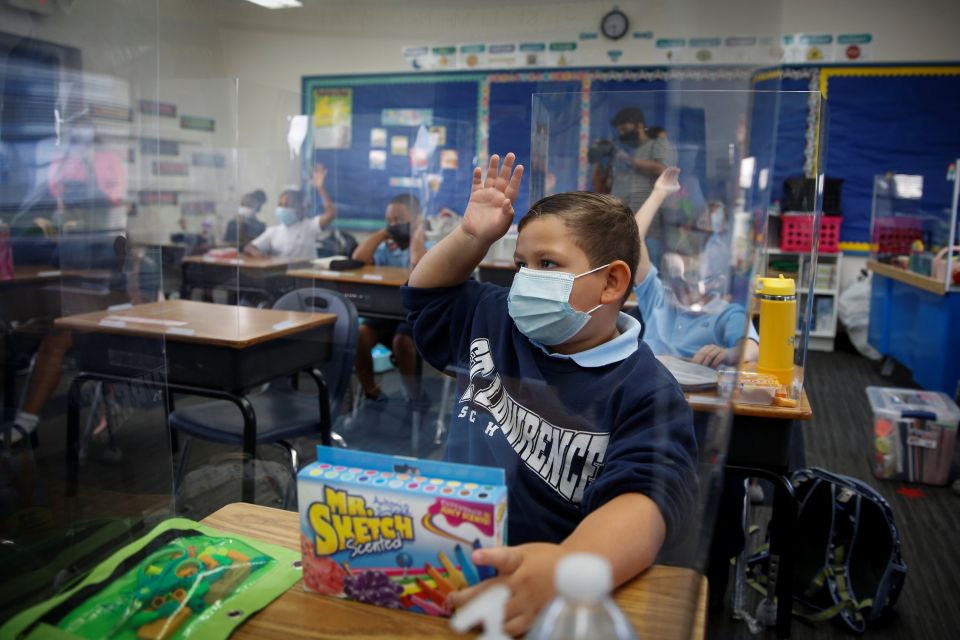 A student at St. Lawrence Catholic School in North Miami Beach, Fla., wears a protective mask on the first day of school Aug. 18, 2021, amid the coronavirus pandemic. (CNS/Reuters/Marco Bello)

Two drugmakers have submitted COVID-fighting pills for federal approval. Some have expressed queasiness about being injected with a needle. Pills also promise easier transportation and longer shelf life than the liquid vaccines, some of which must be stored at very low temperatures and are at risk of being tossed if not used before an early expiration date.

U.S. deaths remained stubbornly high despite the wide availability of vaccines, which has led many, including President Joe Biden, to call it "a pandemic of the unvaccinated."

Many high-profile Americans who made a name for themselves refusing and refuting vaccinations, and sometimes even mask wearing, have ultimately died of COVID. The latest such casualty was Marcus Lamb, a televangelist and "prosperity gospel" preacher, and founding president of the Daystar Network, a collection of nearly 100 mostly low-power television stations across the country. He used his airwaves to tout conspiracy theories behind the virus and the vaccine.

The Pew Research Center did not ask about COVID-19 specifically, but COVID was the impetus behind a survey about the nature and cause of suffering, according to Greg Smith, a senior research associate at Pew.

A Pew survey released in late November said Americans largely blame random chance — along with people's own actions and the way society is structured — for human suffering, while relatively few believers blame God or voice doubts about the existence of God for this reason.

Asked if they thought suffering was a punishment from God, only 3% of Catholics thought "all or most" suffering could be ascribed to the Almighty. Among white Catholics, less than 1% thought so; no demographic or religious group or subgroup had a percentage this small. Meanwhile 16% of Catholics said "some" suffering was God's punishment, while 23% said "only a little," and a majority of 55% said "none" of it was God sending his wrath down on his creation.

Smith noted that due to the pandemic, the Pew staff is still largely working from home, with only rare small-group in-person get-togethers. He added they expect to be back at their desks in January, although the omicron variant could change the equation.

The return-to-office reverse exodus has only marginally materialized, as cities' downtown hubs still lack the buzz of activity that was their hallmark two years ago.

And, as many continue to wonder what a "new normal" may look like, memories of the old normal are fast fading.

Despite vaccines, beating COVID-19 has shown to be tougher than expected