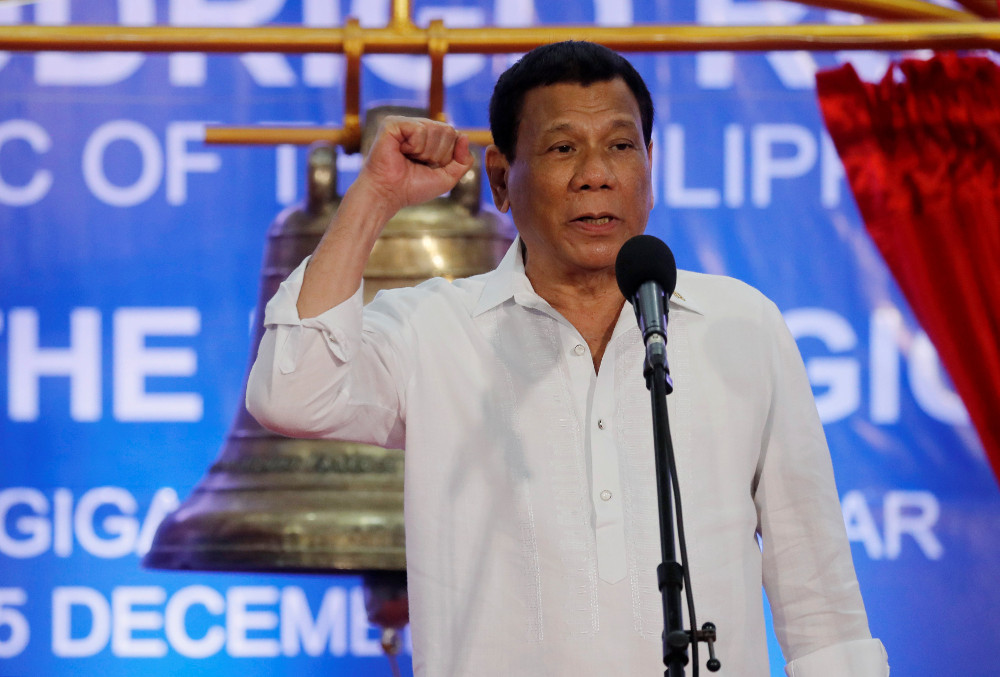 A former head of the Philippines' Catholic bishops' conference has called on people to ignore President Rodrigo Duterte's repeated rants against the church.

In his New Year message, Archbishop Socrates Villegas of Lingayen-Dagupan said those who call God stupid and teach that it is useless to go to church are "anti-Christ," ucanews.com reported.

"Do not listen to him who tells you it is useless to go to church and attend Mass. Whoever teaches you that is an anti-Christ and there are many of them, including those who look at it is a joke," the archbishop said.

In an open letter to his godson Seth, Villegas said he feared the child "might catch the wrong values."

The prelate did not name Duterte in the message but clearly referred to the president's statements. He told his godson to always treat women and girls with respect and reverence.

"Do not laugh when older men make fun of women. That is vulgar and if you laugh or imitate them, you become vulgar yourself," he said.

"Rape is not a joke. Immodesty is not a laughing matter. Respect girls and women always. You have no excuse to abuse women, especially poor women," said the archbishop in what was seen as criticism of a speech in which Duterte said he had sexually assaulted a housemaid when he was a teenager.

A spokesman later said the president's comments were made in jest.

Duterte also has earned flak from various groups for calling God stupid and for suggesting that people should not go to church to attend Mass.

On Dec. 29, Duterte vowed to continue attacking the church until it "corrects itself."

"If not, I will remain its opponent ... and I will continue to attack it," he said as he enumerated allegations against priests involved in sex abuse.

Duterte, who claimed to have been molested by a priest when he was a student, called on church leaders not to use the "platform of religion" to criticize him.

In his message, Villegas said: "We are not spotless like angels but in our weaknesses, God still uses us for his mission."