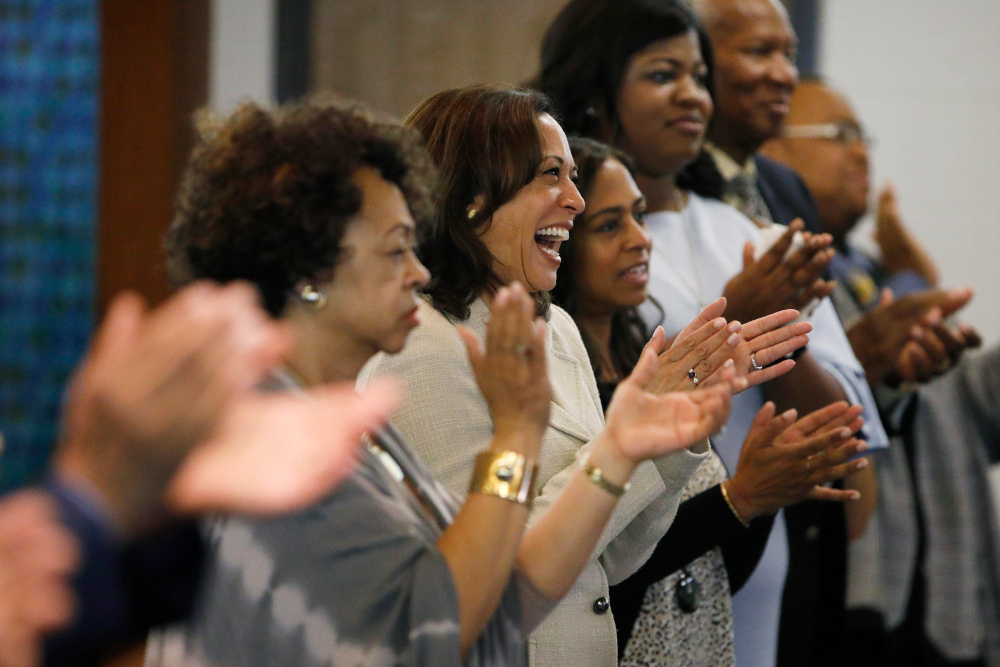 Soon after Joe Biden tapped Kamala Harris as his running mate, some conservatives began trying to portray her as anti-Catholic — a line of attack that President Donald Trump's campaign continues to amplify as Democrats court Roman Catholic voters.

The charge stems in part from questions Harris posed in 2018 to a federal judicial nominee about his membership in the Knights of Columbus, a lay Catholic fraternal organization. Harris asked the nominee if he agreed with the anti-abortion views of the group's leader, views that broadly align with the church's stance.

It inflamed Republicans at the time, with one senator authoring a resolution to affirm the constitutional ban on religious tests for federal officials and state that membership in the Catholic group is not "disqualifying." Now that Harris is Biden's running mate, conservatives are replaying the moment to try to chip at the pro-abortion-rights Democratic ticket's appeals to religious voters.

As Biden's campaign launched its Catholic voter outreach effort last week, the Trump campaign blasted Harris' questioning as "anti-Catholic bigotry" and said the Democrats' stance on abortion "clashes strongly with Catholic pro-life beliefs." It used similar language to refer to Harris alongside an online ad it rolled out last month.

The criticism of Harris, who attends a progressive Black Baptist church — and by extension, criticism of Biden — is a sign that Republicans see his leftward shift on abortion as a vulnerability with some devout swing voters who might otherwise be lukewarm on Trump, particularly Catholics and evangelicals. It also plays upon the fact that Harris' approach to religious outreach is less fully formed than that of Biden, whose lifelong Catholic faith is a touchstone of his political identity.

"We hope that Biden and Kamala Harris talk a lot about these issues," said Richard Mouw, president emeritus at Fuller Theological Seminary, who signed a July letter from Christian leaders urging Democrats to take a friendlier stance toward abortion critics. "Because even though some of us disagree about Biden's policies related to these positions, we think he understands us."

Mouw praised Harris' selection, adding that he hopes to see signals from her that she's ready to "keep talking" and "keep listening" to evangelicals and conservative Catholics disillusioned with Trump.

The attacks on Harris also play on a broader question being raised by some Christian voters, not all of them conservatives, about how strongly Biden would push to end longstanding limits on federal funding of abortion. Biden came out against those limits last year during the early months of his campaign, after years of supporting them.

Chris Crawford, a Catholic anti-abortion advocate who voted for Hillary Clinton in 2016, tweeted recently that while GOP attacks on Biden's faith are unlikely to gain traction, "the attack that he won't govern in line with (his faith's) values has a chance of sticking."

Crawford urged Biden to "find common ground on abortion that separates him from his party's extreme stance." 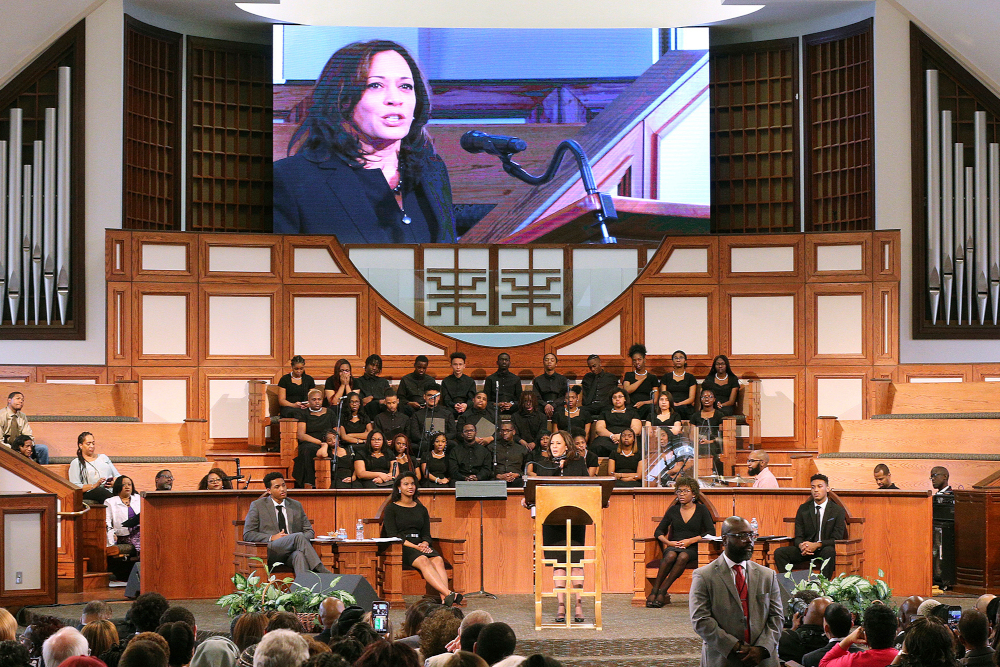 Stephen Schneck, a self-described "pro-life Catholic" and member of the Catholics for Biden group that kicked off last week, said he is "hopeful" for action from the Democrats on "common-ground initiatives on areas related to prenatal health and women's health and care for young children."

Harris' questioning of the judicial nominee was largely in line with standard practice for vetting nominations, Schneck said.

Natalia Imperatori-Lee, a religious studies professor at Manhattan College, said the Biden campaign can also make a case to Catholic voters that goes beyond the debate over abortion's legality. In 2017 the number of U.S. abortions fell to its lowest level since the 1973 Roe v. Wade decision, a trend attributable in part to broader availability of contraception under the Affordable Care Act passed during the Obama administration.

"A lot of Catholics share the goal of wanting to see lower future abortions, and fewer of them think the road to that is repeal of Roe," Imperatori-Lee said.

She added that political debate about "center-right Catholics" can often omit that they are largely white, while Latino and Black Catholics lean distinctly leftward. Indeed, Harris' presence on the ticket could pay off with Black Catholics, less-conservative Catholic women and other Catholic voters more aligned with her policy proposals.

One sign of Harris' potential to appeal to those Catholic voting blocs came last month when Catholic News Service quoted a Black staffer at the U.S. Conference of Catholic Bishops describing herself as "so elated" by Biden's choice of running mate.

While that staffer spoke in a personal rather than professional capacity, the appearance of pro-Harris sentiment created by the comment drew a public clarification from the bishops' conference, which asserted its neutrality by noting that employees do not speak on their behalf regarding political candidates.

Meanwhile the Vatican newspaper L'Osservatore Romano has covered Harris prominently and favorably since she was picked by Biden.

Pope Francis' differences with Trump on a range of issues from immigration to climate change are well known, though the president's anti-abortion stance is in line with the Catholic church's views.

Harris, for her part, is adopting Biden's listen-first approach to religious outreach, meeting with 100 leaders from multiple Christian denominations the first Saturday after joining the ticket, according to Josh Dickson, the campaign's faith director.

Harris told the leaders that "she is going to be fighting for values important to them," Dickson said.