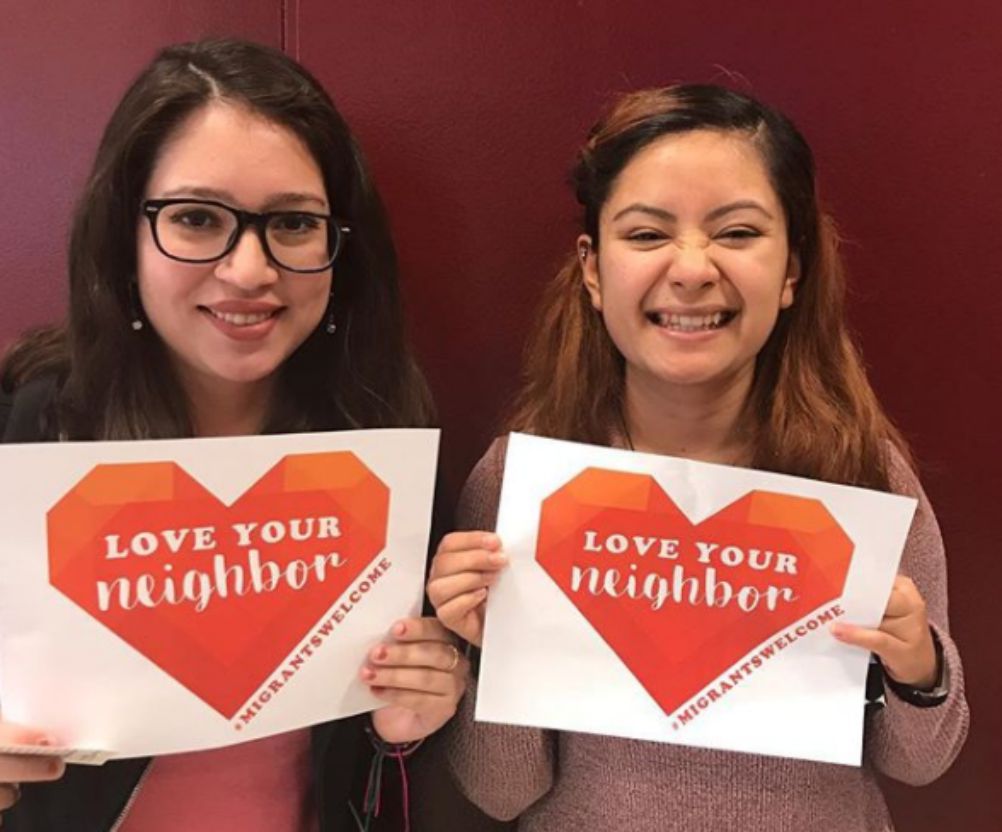 The action was part of the Ignatian Solidarity Network's "Love Your Neighbor" campaign, which supports immigrants and refugees, including those without documents or who are known as Dreamers, those protected by the Deferred Action for Childhood Arrivals (DACA) program.

The valentines read: "Roses are red, Violets are blue. Our faith teaches us to love our neighbor, you should too!" and each was paired with a cover letter that asked the member of Congress to promote family unity, a pathway to citizenship for Dreamers and humane treatment of all migrants.

WASHINGTON — On Ash Wednesday, Feb. 14, about 50 peace advocates from the Washington, D.C.-Baltimore-Virginia area held a Liturgy of Repentance outside the White House.

The liturgy featured readings from the Book of Joel and the writings of Óscar Romero, as well as petitions offered by representatives of faith-based peace and justice groups such as the Columban Center for Advocacy and Outreach, Pax Christi, the Sisters of Mercy Justice Team and the Maryknoll Office for Global Concerns.

The group also distributed blessed ashes to participants, and used other ashes to mark Pennsylvania Avenue, in front of the White House, "as a sign of repentance for the sins of the nation as well as our commitment to follow the Gospel," according to an email from Catholic Worker Art Laffin, who prepared a reflection and litany which he led along with Judith Kelly, Sr. Megan Rice and Liz McAlister during the event.

"As we stand outside the White House, and in proximity to other seats of political, economic and military power in this area, we implore You, O God, to banish every diabolic power and every evil influence from these places," part of the litany read. "Help all Your people, who are made in Your very image, to respect the sacredness of all life and reject the idols of death." 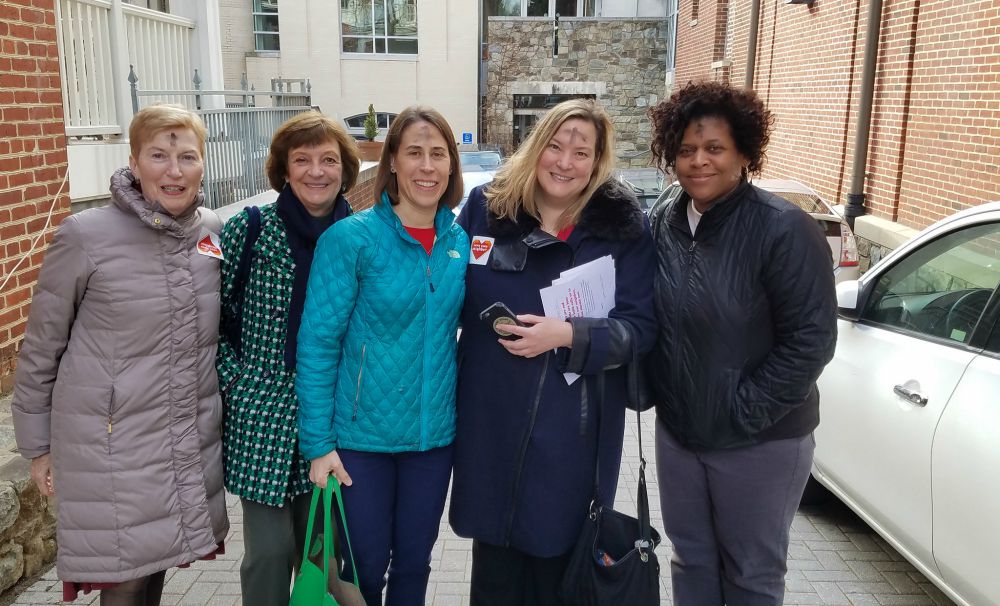 Members of Holy Trinity Catholic Church, a Jesuit parish in Washington, D.C., delivered valentines to the offices of nearly 200 U.S. senators and representatives who are graduates of Jesuit schools or serve a district or state in which a Jesuit institution is located. (Courtesy of Ignatian Solidarity Network)

LONDON — Activists planned Ash Wednesday demonstrations in London, Glasgow and Liverpool to encourage the United Kingdom's government to turn away from preparations for nuclear war, according to a Feb. 13 report from Ekklesia.

In London, peace activists gathered near the Ministry of Defense, calling on the government to support the Nuclear Weapons Ban Treaty and tying 122 white ribbons and 73 black ribbons to the railing around the building to represent countries that have signed or not signed the treaty.

The protest in Glasgow was held at the HM Naval Base Clyde in Faslane, near the Trident Deterrent Missile System storage and processing depot, while the Liverpool event began at the Bombed Out Church, the World War II ruin of St. Luke's Church that was hit during the May Blitz of 1941, and continued with a procession.

According to an email from Eli McCarthy, director of Justice and Peace for the Conference of Major Superiors of Men, the boycott is intended to increase pressure on Congress to pass a bill protecting young immigrants who were brought to the U.S. as children, known as Dreamers.