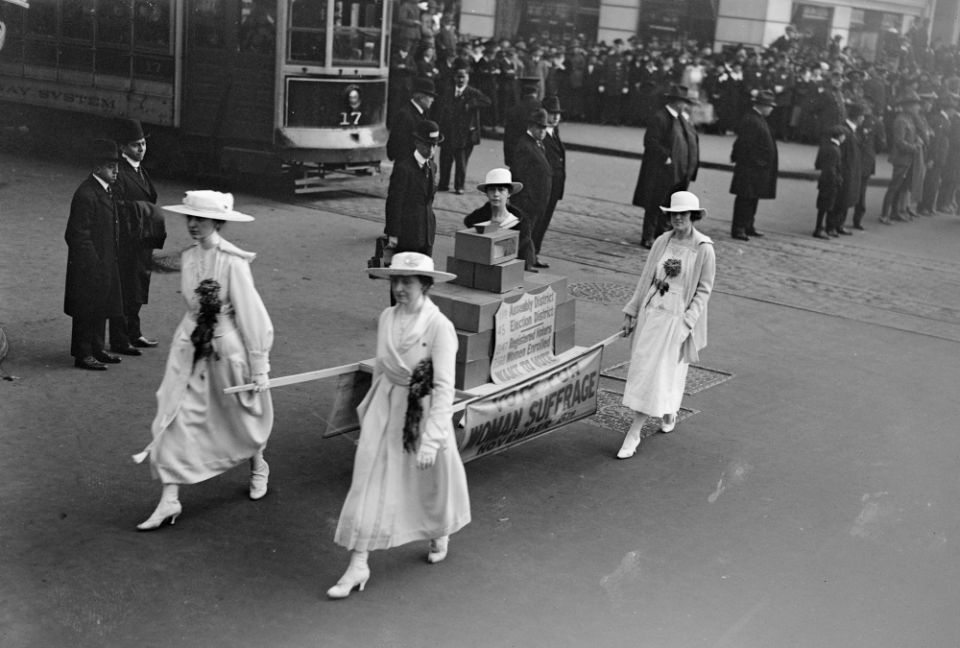 This past week marked 100 years since Congress passed the 19th Amendment to the Constitution, guaranteeing women the right to vote.

Passed in the wake of a cataclysmic world war, it wasn't ratified until 1920.

Many of the women who had lobbied for it (it was first introduced in Congress in 1878), including Susan B. Anthony and Elizabeth Cady Stanton, were dead.

"Religion comes up quite a bit and in many different ways," according to journalist Elaine Weiss, author of The Woman's Hour: The Great Fight to Win the Vote.

The battle for voting rights, according to Weiss and other experts, drew together women across a spectrum of religious practice, from Quakers to women active in the holiness movement who saw social reform as a means of testifying to their pursuit of holiness.

Many women's suffrage proponents, including campaigners such as Lucretia Mott, emerged from the abolitionist movement. They saw suffrage as a matter of divine justice as well as human rights, Weiss said.

Other women viewed the right to vote as not only a political and social but a moral issue — as did their opponents.

"The movement to win votes will see many clergymen on both sides, and they will use biblical arguments to bolster their side," said Weiss, who noted that many denominations, including Methodists, Presbyterians and Catholics, were divided on the issue of suffrage.

Women's suffrage was a divisive issue for Jewish clergy as well.

Reform Rabbi Stephen Wise traveled around the country giving lectures in support of women's right to vote, according to Weiss. Wise, who at the time was rabbi at New York City's Free Synagogue, was a founding member of the Men's League for Women's Suffrage and cut a 78 record to promote the issue.

"He had a huge rivalry with a rabbi [Joseph Silverman] from Temple Emanu-El, a large synagogue in Manhattan," she said. "They fight from the pulpit about this for years, each giving his own religious spin." 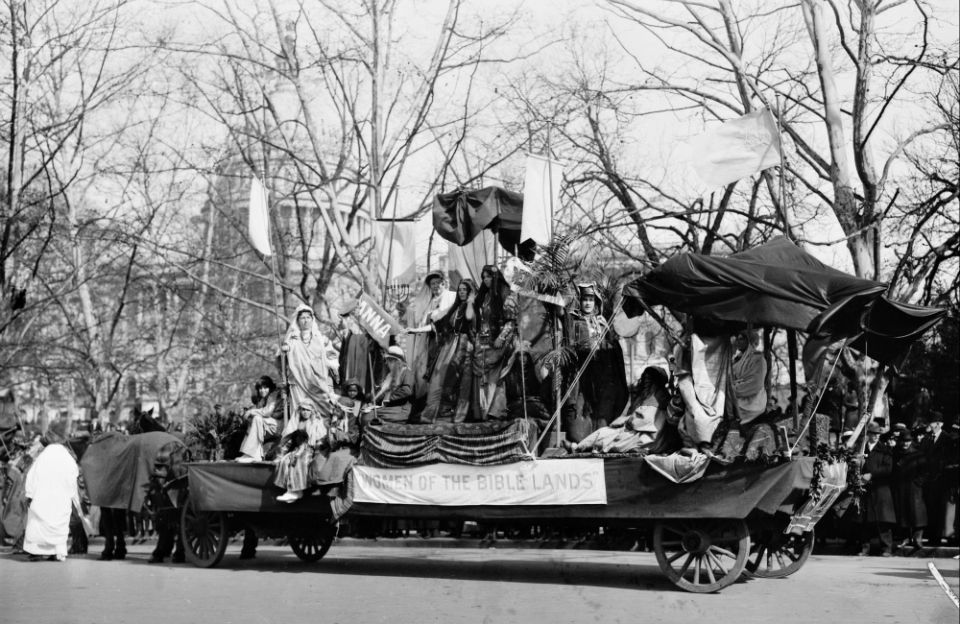 One of the icons of the suffrage movement was Anna Howard Shaw, a physician and minister who became president of the National American Woman Suffrage Association and led it from 1904 to 1915 (she died in 1919, before the amendment was ratified).

Erin Sears, a rising second-year student at the Candler School of Theology and a United Methodist, said she's studied Shaw while in college. But she said she wasn't always aware that faith played a role in the fight for the right to vote.

"It's really important that women know that other women were standing with them for years and years in their fight to be treated fairly. As a woman seeking ordination [myself], it's really humbling and inspiring to be in a line of women who put their faith into action," said Sears. "It's a witness that faith goes beyond church buildings and that we spill into the world."

Other supporters were drawn into the battle for women's suffrage as part of the temperance movement, led by educator and evangelical social reformer Frances Willard.

In 1879, when the Methodist Willard became president of the Women's Christian Temperance Union, she began to align domestic virtue with social change, according to Calvin College historian Kristin Du Mez.

For women affected by their husbands' drinking, powerless to protect their own children, voting became a means to acquire political power and do good at the same time.

"Willard strategically draws more and more women into women's rights activism, cautiously and incrementally," said Du Mez. "Wives and mothers needed to vote. It's a good Christian woman's duty to vote. The needed to vote to protect their families." 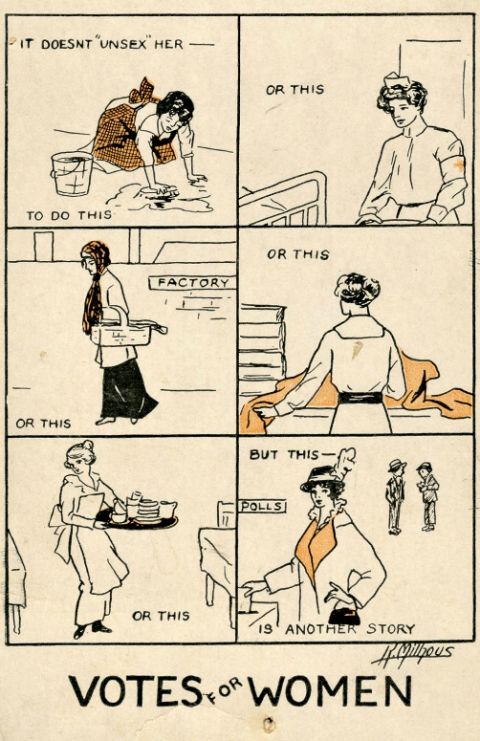 By the end of the 19th century, said Du Mez, suffrage had become a respectable cause in which Christian women could be engaged.

At the same time, those who opposed the voting campaign amped up their own faith-infused rhetoric, said Weiss.

They "use religion as a cudgel to beat the suffrage movement," said Weiss. "If women vote, the moral health of the nation will be in danger."

Using arguments based on biblical texts and accusing suffragists of being immoral, opponents said that Eve's subservience to Adam in Genesis was divinely ordained, she said.

African American women such as Frances Ellen Watkins Harper, Mary Church Terrell and Harriet Forten Purvis also were deeply involved in women's suffrage, but they are not as well known.

"Susan B. Anthony and Elizabeth Cady Stanton believed that white women ought to be given the vote before black men," said Episcopal priest and scholar Kelly Brown Douglas, dean of the Episcopal Divinity School at Union Theological Seminary. "It came down to this matter of race, of white women feeling that they had a prerogative and privilege over black people."

"The 19th Amendment was colorblind," said Weiss, adding that leading suffragists felt they needed to reach out to white racists to gain their votes. "The way it was implemented was not."

Like abolitionism, the campaign to gain black men and women the vote was always rooted in the black faith community, said Douglas, and was defined by the quest for racial justice, rejecting the Christian narrative of slaveholding whites.

On the other hand, she added, the role of white American churches, including her own denomination, has been more complicated: sometimes advocating for racial justice and sometimes for the structural privileges that come with being white in America.

What can be gleaned from this historical moment?

This anniversary, Douglas suggested, can become a catalyst to reflect upon the historical record and resolve to act to remedy the racial wrongs that still plague today's America.

"I think repentance is always due," she said. "Churches have to tell the truth about their own history and to ask the question, who have we been and who are we in the struggle for social and racial justice."

Though much has changed since Willard's death at the end of the 19th century, Christian feminists like her, who drew "average" American women into a burgeoning social movement and empowered them, may provide inspiration for those who want to create alliances between feminists of faith and secular ones, she suggested.

"How can we have better conversations, big-tent coalitions, and include women of faith?"

An agenda that excludes women of faith is likely to be less successful, she said.

"I think Frances Willard would be heartbroken at the division between most of American Christianity and Christian feminism. That would cause her grief," said Du Mez. "I wonder if our polarized framework right now isn't hiding a quieter sphere worth holding on to."

But Weiss, who is a member of the Jewish Conservative movement, said she is apprehensive about the thought of bringing God into the public realm.

"Morality yes, religion no," she said. "As a person of faith, I don't believe religion has any place in the public sphere."

Bishop McElroy on voting with faith and a conscience