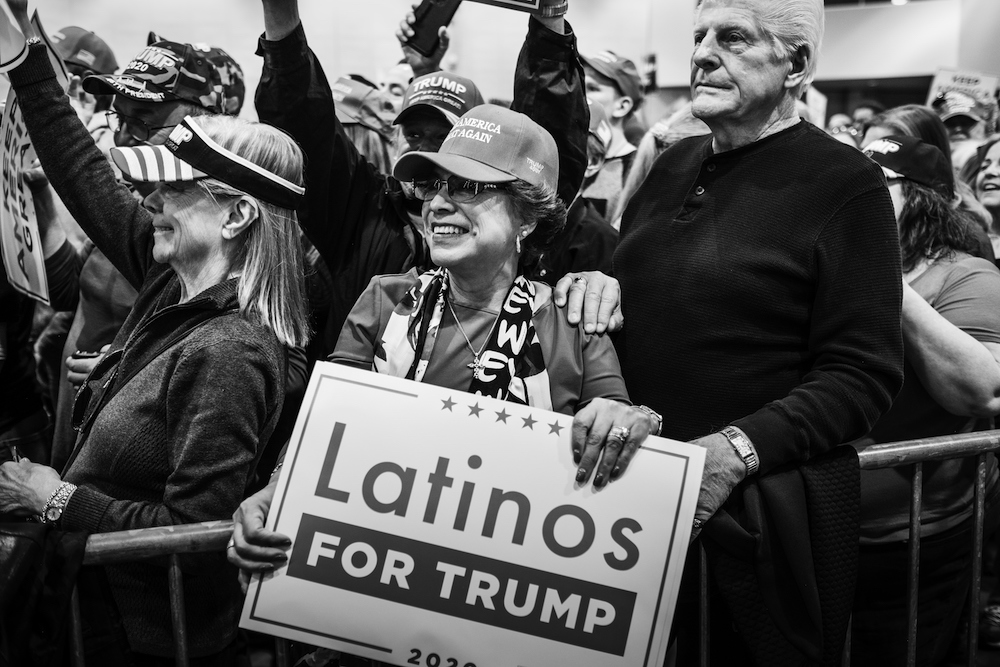 From Latino Public Broadcasting comes a new documentary, "Latino Vote: Dispatches from the Battleground," from Emmy-nominated director Bernardo Ruiz and producer Andrea Cordoba that is sure to evoke a response and provoke a reaction from viewers, whether Latino or not. Why? Because "for the first time, Latinos are expected to be the largest racial or ethnic group eligible to vote in a presidential election." Latinos are making a difference.

A few things become clear in the opening few minutes of this hour-long film. The first is that the Latino, Latinx and Hispanic vote in the United States in not a monolith, especially in the battleground states featured in the film: Nevada, Florida, Texas, Pennsylvania and, to a certain extent, North Carolina and South Carolina.

The second thing is that in 2020, Latinos make up the largest non-white voting bloc in the country and there are community organizers and volunteers, some of whom are Dreamers and not citizens yet, working to register people to vote. This includes ongoing efforts to educate others about voting and to motivate them to vote, especially since the onset of the COVID-19 pandemic in March.

The third thing is that the Latino electorate is young and vibrant, and politicians have taken note, as have voting rights groups and community organizers. Latino voters care about this country, are informed, have opinions and are well-organized or getting there.

While Latino Republican and Democratic perspectives are fervently, if not passionately presented, one influential dimension of the Latino community is also introduced: Some evangelical Hispanic voters who are politically homeless because neither party represents their views on immigration, life, health care, criminal justice reform and religious liberty. The term that was repeated a few times was the dilemma of finding a candidate who respected "Hispanic priorities and evangelical values" though it certainly seems that President Donald Trump fulfills this for many in this community.

The issue of "religious freedom" is often mentioned by Latino Republicans and Latino evangelicals, but no one ever defines what they mean by this. It's like a talking point rather than an issue.

I did not hear one mention of Latino Catholics in the film; it was almost as if this group did not have a center, and so didn't matter. And while Vice President Joe Biden supporters are featured, Biden himself is not shown addressing Latino voters like Bernie Sanders did for the primaries and Trump has done on a continuing basis. 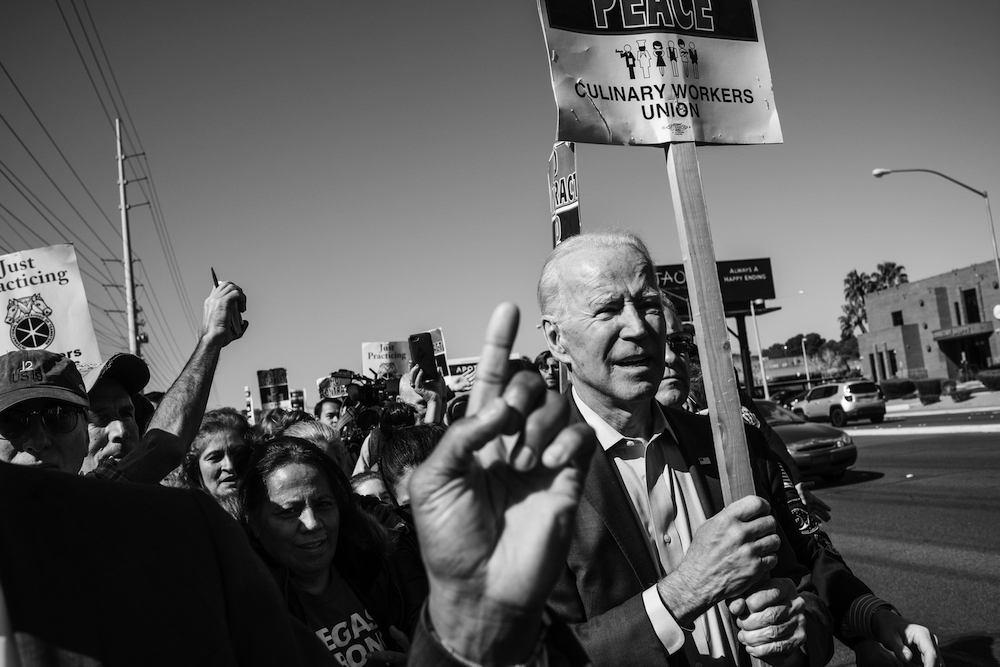 Vice President Joe Biden marches with a sign in a Culinary Union protest in Las Vegas ahead of the Nevada caucuses, Feb. 19. (Courtesy of Bear Guerra and Quiet Pictures)

Voter suppression in Texas, due to gerrymandering and closing of polling places, is an ongoing issue that voting groups are working on. Now that door-to-door campaigning is not possible, almost all efforts have gone digital. Those dedicated to registering voters know that the first thing they need to do is respond to real needs, such a providing food, before they can talk about voting. Because the young people involved in voter activism are children of immigrants, they are deeply committed to the democratic process. It should be noted that the fear of the country sliding into socialism or communism, echoing Trump's assertions at rallies, is also expressed by some activists in the film.

The filmmakers don't flinch when they speak about ongoing racism toward people who are non-white. The events of this past summer, beginning with the killing of George Floyd, are included. One commentator said there is "a movement from sympathy to solidarity" between Black and brown voters in this country due to systematic racism. In addition to violence toward non-whites, people of color, including Afro-Latinos, are necessary workers and have contracted coronavirus and died from it in disproportionate numbers. Many have little or no insurance and cannot file for unemployment. This merging of racial groups could certainly influence the outcome of the election. 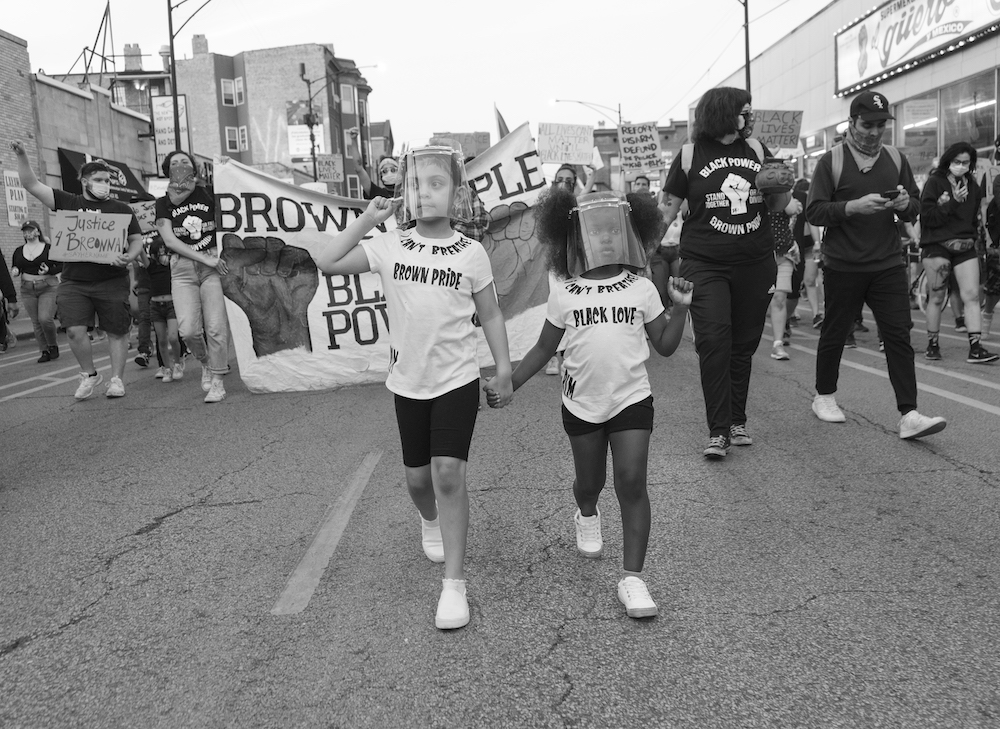 People march down a street at the "Together We Rise Black & Brown Rally" in Chicago, June 8 (Courtesy of Mateo Zapata)

I was impressed by what Daniel Hernandez, a Los Angeles Times journalist says toward the end of the film: He feels that Latinos may vote out of fear rather than hope.

The last scene of the film is a card that says: "More than 14.6 million Latinos are expected to cast a ballot in November — a 15% increase from 2016. Experts agree that the number of Latino voters will continue to grow."

"The Latino Vote: Dispatches from the Battleground" doesn't offer much analysis of these "dispatches" or interviews, it just kind of puts it all out there for you to experience. I have only mentioned some key elements here.

It is worth watching because it wants to make the audience, which is probably mostly white if they are watching on PBS, aware that there may be some surprises coming in November as long as people register for mail-in ballots and vote, and that voter suppression efforts are monitored. 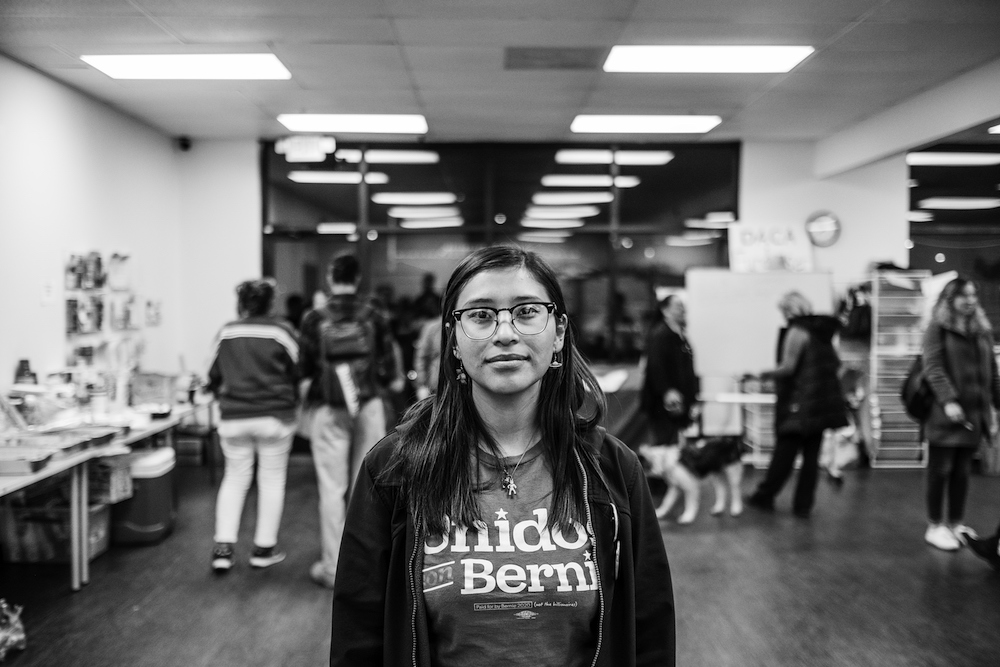 [Sr. Rose Pacatte, a member of the Daughters of St. Paul, is the founding director of the Pauline Center for Media Studies in Los Angeles. "The Latino Vote: Dispatches from the Battleground" is streaming on PBS.org through Nov. 3.]