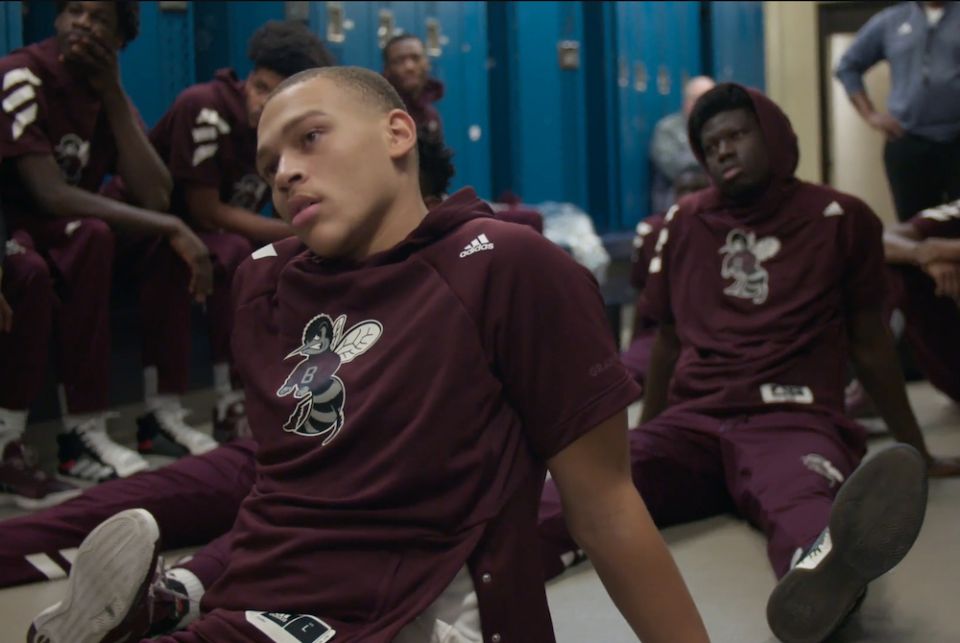 "Benedict Men" is a new docuseries from executive producer and basketball superstar Stephen Curry that debuted recently on the streaming service Quibi. This unique series — in 8- to 10-minute episodes — follows the boys' basketball team at St. Benedict's Preparatory School in Newark, New Jersey, as they work toward a 2018-19 state high school championship.

Curry is on camera as the series presenter as well. Executive producers also include Emmy-award winning documentarian Jonathan Hock and filmmaker Mark Ciardi, whose work includes "The Rookie," "Miracle" and "Secretariat."

The series uses the basketball season as a framework to tell the story of St. Benedict's guiding principle — "What hurts my brother hurts me" — and how that plays out in a learning community of students, monks, teachers and coaches. As headmaster Benedictine Fr. Edwin Leahy told me in an interview, "We don't call St. Benedict's a campus, and we don't use the term 'student body.' We are a community." Leahy has been headmaster of the 152-year-old school since 1974.

What makes St. Benedict's boys' basketball team stand out is not their sports prowess, though their talents are recognized and allowed to develop, but each one's character. In an environment teeming with diversity, including Christians, Muslims, Jews, Blacks, Latinos and whites, all come together to become men.

Not all make it as students or players, however. As the series shows, some basketball players transfer from St. Benedict's to another school where they see a better opportunity to get accepted perhaps to a more prestigious university and then go on to the NBA. While 98% of the students graduate from St. Benedict's and 82% go on to college, the goal is not to create sports superstars, says Leahy.

"A high school basketball player has a better chance at becoming a neurosurgeon than making it to the NBA," he told me. "But what our country has done post-slavery is to obliterate the image and familial role of the African American male. Most of our students have never been able to introduce me to their fathers. But I want to be introduced to their grandchildren. When they do this, then I can retire."

The country was introduced to St. Benedict's Prep in Newark, New Jersey, in a CBS "60 Minutes" segment in 2016. "Benedict Men" will introduce audiences to the school, the team and the challenges team members face along with their coach and Leahy, when character and choices clash. I can see using segments of "Benedict Men" across and within the daily curriculum of middle schools, high schools and even colleges.

Here's the rest of my interview with Leahy that has been edited for length and clarity: 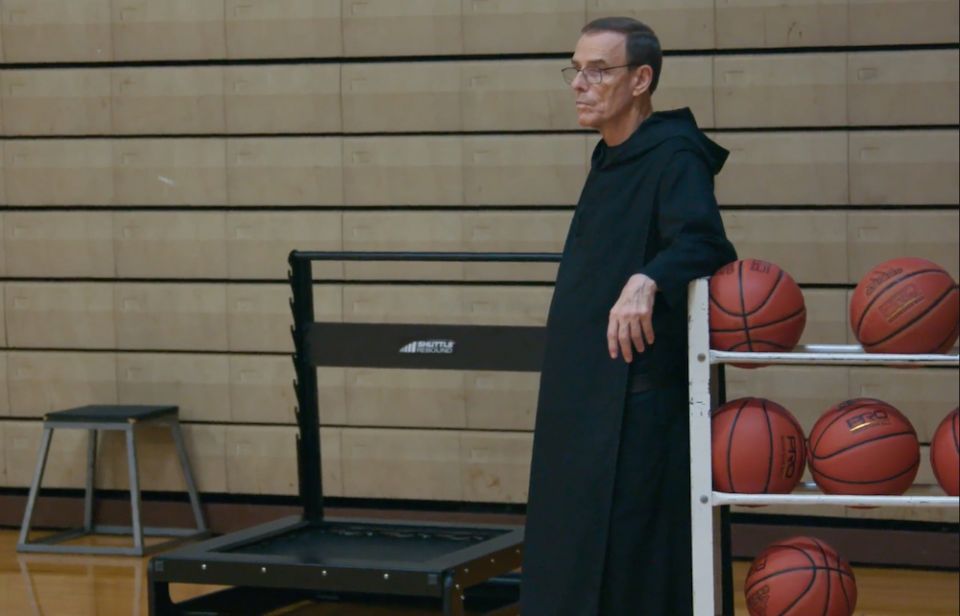 Pacatte: The school motto: "Whatever hurts my brother hurts me" — how did this become the motto of the school?

We tried everything to dissuade them, from no space to no resources, but with students in leadership, they prevailed. Girls will be attending on the property when we can have on-site classes again.

Right now, there are 78 girl students who attend virtually. The kids did this! We believe that you don't do for kids what kids can do for themselves. They wanted the girls' division and for us adults to create the resources. And it happened. So our new motto is, "Whatever hurts my brother or sister hurts me." 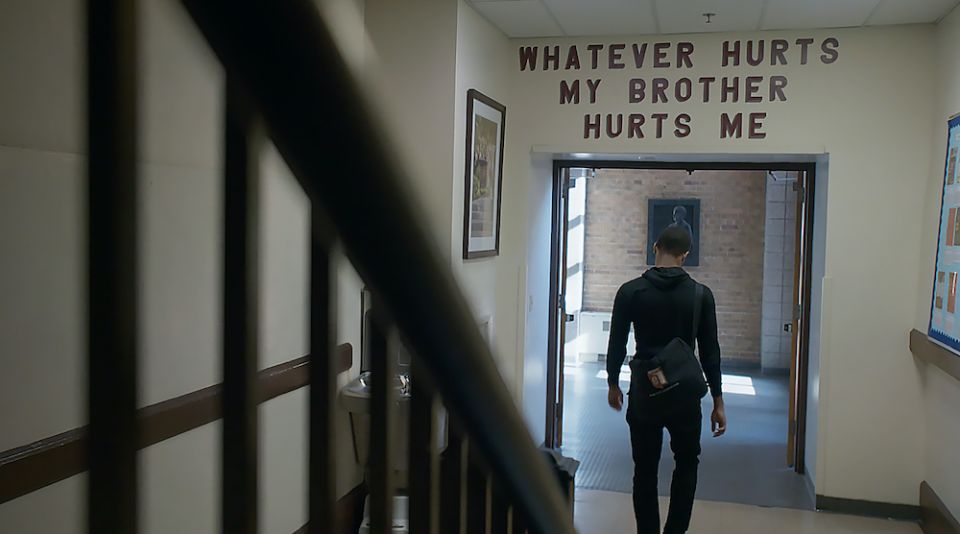 How does St. Benedict's, as a monastic school, mirror the role of the Benedictine monastery from the earliest days of the order?

First of all, Benedict says in the Rule that parents can bring their sons to the monastery for school and there has to be provision of the rich, the poor and those who have nothing. There is a difference between living in poverty and living in misery, and we have both in the U.S. This is what we do at St. Benedict's Prep, we have the whole spectrum of kids here where misery is created by lack of income and fund, substance abuse and so on. You may manage to live in poverty, but you cannot live in misery.

Secondly, the school mirrors community, which is deeply Benedictine. We emphasize "community" in our language, writings and hopefully exercise it in our behavior.

What's been happening since the pandemic began?

We all meet every single morning of every school day, even in the pandemic. But now these "convocations" are on the website. The pandemic has been a blessing in a way. The convocation used to be just for the students, but now the alumni and others can come. We have about 2,000 people from around the world, including Korea and Brazil, who come to our convocations each day.

We even have a group of octogenarian women who come. The students made a separate group for them and then take attendance each day! The women say it has changed their lives; it gives them something to look forward to. 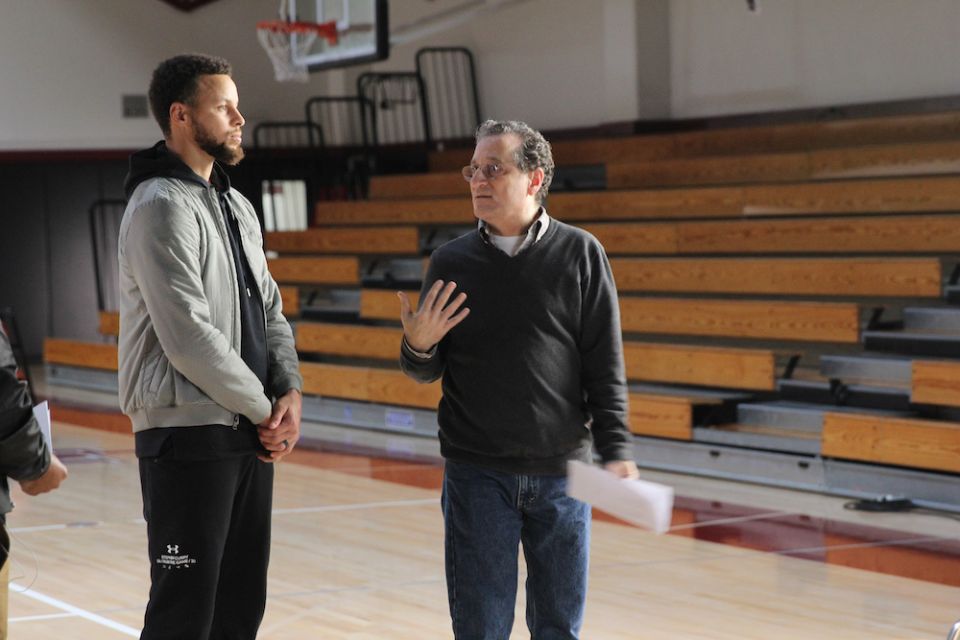 You were instrumental in reopening the school once it was closed in 1972 after the race riots when white people fled Newark. How did you know this was the right thing to do, to anchor the larger community through the monastery and high school only two years after it closed?

When we closed St. Benedict's Prep in June '72, we lost 14 members of our community at the same time because they transferred to another monastery. The rest of us were sitting here in Newark with no common work to support us. We took jobs outside the monastery to support ourselves. It played havoc on our monastic life. We knew we had to do something. We didn't want to lose our Benedictine presence in Newark.

Finally, after several months, we began inviting in people from the Newark community to talk about what we were going to do. It became clear we needed an educational endeavor because other monasteries were already baking bread and doing other things. We never intended to reopen St. Benedict's Prep. But why? Because the now predominately African American community wasn't worthy of the name?

One night at a parents meeting, a local Black businessman named Carl Lamb asked why can't it be St. Benedict's Prep? So, to me, an African American man reopened our school. We monks learned that the best thing is to shut up and listen. We began to listen to the community and learned that people would teach us how to walk with them through life. We are here, embraced in love by the community. African Americans have loved us into an entirely different way of being, a sign that God has been with us on this journey.

How many monks are in the community now?

When Fr. Mark died about five years ago, we were 11 monks and two novices. Today we are 18 in community with two monks looking to transfer in. Half of our community are under 40 years old.

The series shows that some students change schools looking for more opportunity or for other reasons. I'm sure there are disappointments of a deeper kind. How do you, as a priest and religious, deal with these moments?

The number of kids that I have had to bury? It's not zero. They die from being shot in the head over a bicycle and [from] drug overdoses. Several are young alumni. What gives me the ability to deal with these things is because we live in community. It's what I tell the students, "How do you bear the suffering? Together, you bear one another's burdens in order to fulfill the law of love, the law of Christ. I have been loved into another way of being." 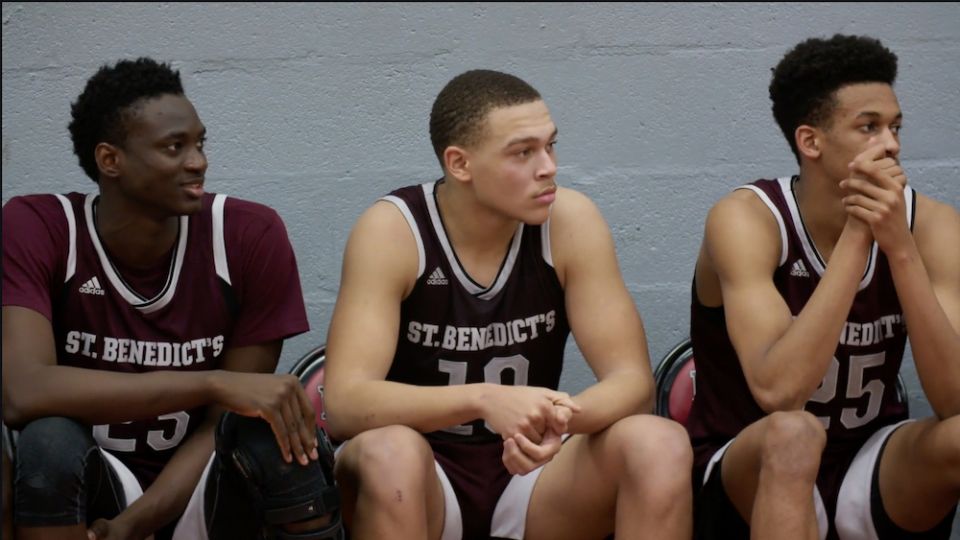 Talk about the religious diversity at St. Benedict's and what it means to the St. Benedict community.

We have Christian and Jewish students at St. Benedict's and a significant Muslim population. We — that is, our kids — have relationships and exchange programs with two schools in Israel, one in Hadera (Haifa) that is mostly Jewish and one in an Arab community. We have relationships with the Joseph Kushner Hebrew Academy and the Noor-Ul-Iman School here in New Jersey.

It is important for us to understand we need a generation growing up that understands others and the suffering of others. … We cannot say we love one another until we can understand the sufferings of the others and make sacrifices for the sake of others. We are all for "loving one another as I have loved you," but here at St. Benedict's you have to be willing to die for the other as Jesus did, and accept the other in the dimension of the cross as Jesus did.

This is the secret. To be willing to suffer for the sake of others.

How important is it that St. Benedict graduates go to college?

Parents want the kids to go to college, and that's fine. I want to be an instrument for these young men to grow into what God envisions for them, and by God's grace, they will get there.

What do you hope people will take way from the series "Benedict Men?"

I hope they will understand that no 16- or 17-year-old should be put in the position that their only option to advance is to play basketball or a sport when, as I said, he has a better chance of being a neurosurgeon that playing pro-ball. And until we had Ben Carson as Secretary of Housing and Urban Development, who really is a neurosurgeon, there wasn't a model for Black students to look up to.

Sports are controlled by white people. Sports are put in front of these kids all the time. They don't see other options. Kids should not be seen as an asset, and this is what this country does, especially for African American males. We have negated the integrity of the African male to maintain a different kind of slavery in this country. We continue to destroy Black men and incarcerate the largest number of Black men in the world. I predict a real doomsday if we cannot figure this out. It will get worse if we don't accept the suffering of one another and make changes.

I hope the audience will see that at St. Benedict's, faith means we are all climbing the same mountain of faith that ultimately leads to the embrace of God's love. We have to accompany each other on this walk. We are one day going to meet in God's embrace. As the song goes, this life is just a rehearsal; in heaven we are really going to sing.

Culture | Docuseries on basketball at St. Benedict's Prep School has lessons from off the court

St. Benedict's eighth step of humility: to grow, not to fossilize