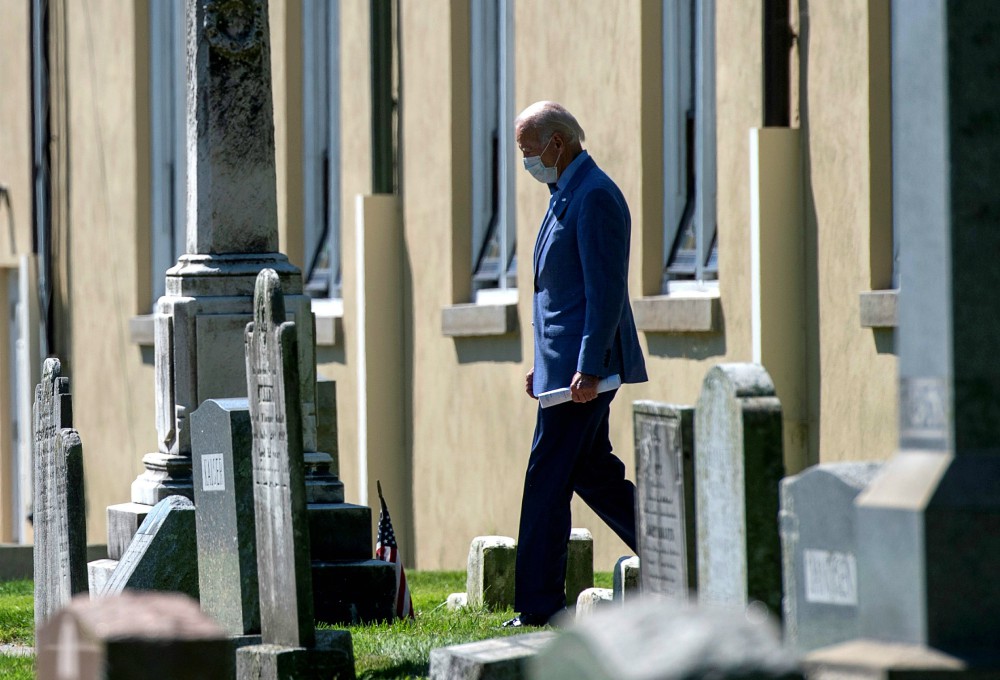 As former Vice President Joe Biden vies to become the second Catholic president in U.S. history, three dozen Catholic lawmakers, ambassadors, educators and nonprofit leaders have signed on to serve as national co-chairs of the campaign's "Catholics for Biden" outreach.

The list of names, which the Biden campaign provided to NCR, includes, among other notable individuals:

"This list of co-chairs represents the diverse coalition the vice president has been able to put together," John McCarthy, the deputy national political director for the Biden campaign, told NCR by phone on Monday. "In the coming weeks, we will be deploying them to talk about how their faith motivates them to support the vice president."

Josh Dickson, faith engagement director at Biden for President, told NCR that given the way Biden's Catholicism has shaped his public life, "faith outreach for the campaign starts with the candidate."

"We believe the Biden-Harris agenda is deeply aligned with the common good values of Catholics and people of faith and much more aligned with those values than what we see from the current administration," he said of the platform of Biden and running mate Sen. Kamala Harris.

Dickson said that throughout the campaign there's been a "strong commitment to engaging the Catholic community," citing ads that have highlighted Biden's personal faith that ran during Holy Week of this year, the attention it was given during the Democratic National Convention in August and the Catholics for Biden kickoff event earlier this month.

Dickson said the 36 individuals who have signed on as co-chairs for the Catholics for Biden outreach are not offering their names for mere endorsements, but will lend their voices and their leadership to events organized under the umbrella of Catholics for Biden, which includes phone banks, voter turnout initiatives, and other ways to ensure "community and connection."

Biden's faith has come under attack from President Donald Trump's reelection campaign in recent months, with the president saying that if elected Biden would "hurt God," and a former University of Notre Dame football coach describing Biden as Catholic "in name only."

In response, McCarthy told NCR, "Voters know Joe Biden and this is something so core to who he is."

"The Catholicism that he holds so personally you see playing out in the ways he talks about social injustice, economic inequality, work being more than about a paycheck but about dignity, and other Catholic touchstones."

In April, the Trump campaign launched "Catholics for Trump," which is led by a six-person advisory board that includes former Speaker of the House Newt Gingrich (who is married to U.S. Ambassador to the Holy See Callista Gingrich), former Acting White House Chief of Staff Mick Mulvaney, longtime Republican political consultant Mary Joe Matalin, president of the Latino Partnership for Conservative Principles Alfonso Aguilar, and chairman of the American Conservative Union Matt Schlapp.

Catholics for Biden co-chair Gorordo, who served as a White House staffer under President Barack Obama and is now the CEO of the technology conference eMerge Americas, told NCR that in the final two months of the campaign he plans to "roll up his sleeves" to talk to people "Catholic to Catholic" and help "connect with the faithful on issues they care about."

Gorordo said he first met Biden nearly 10 years ago on the sidelines of an event where the two discussed their shared Catholic faith.

"It really stuck with me," he recalled. "That's not the type of conversation you usually have with a politician, let alone the vice president of the United States."

When Gorordo's mother was diagnosed with cancer just a few months after Biden's own son Beau died of cancer in 2015, the vice president called her to let her know he was praying for her and encouraged her to "muster the strength" to return to her homeland of Cuba for Pope Francis' visit to the country.

Gorordo was with his mother when she received Francis' blessing just two months before she died, and he credits Biden for providing the family with the push they needed to make the trip.

Biden's concern for those suffering is "divinely inspired," Gorordo said, adding that he now hopes to inspire faith voters with the candidate's message, in hopes that it will lead them to the ballot box.

"But we're not just doing these sessions to just inspire folks," he added. "We want to drive them to action."