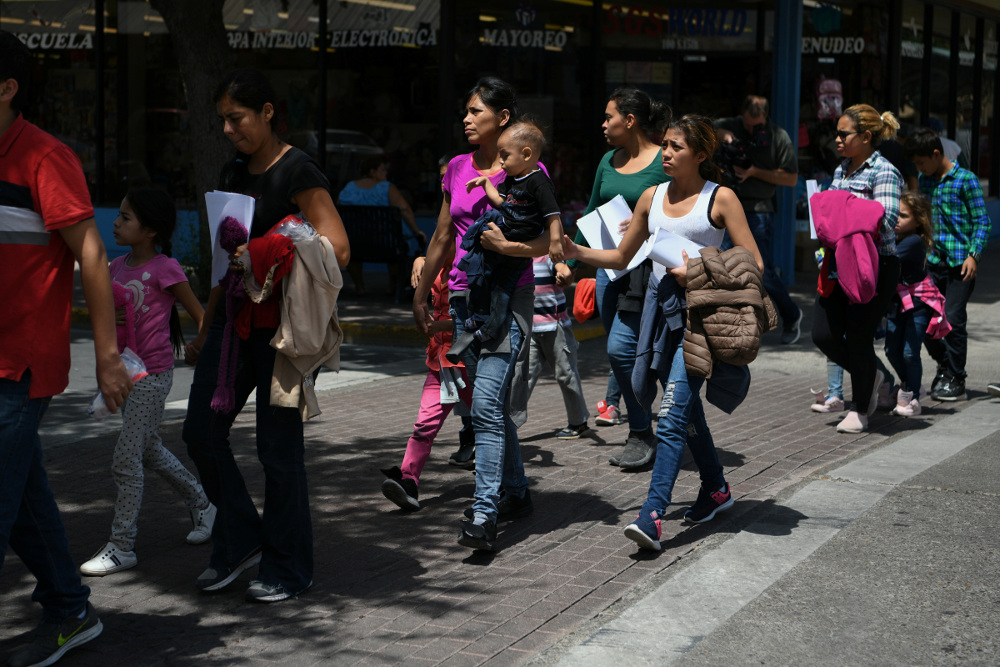 Is the family distinct?

That question is at the center of a controversial decision by U.S. Attorney General William Barr that Catholic immigration lawyers say could impact thousands of asylum seekers claiming persecution due to family membership.

In the decision, issued July 29, Barr ruled that "most nuclear families are not inherently socially distinct" in terms of meeting the definition of a "particular social group" to qualify for asylum.

The decision, made in Matter of L-E-A-, could impact thousands of family-based asylum claims, said the Catholic Legal Immigration Network (CLINIC). An advisory document they sent to their network called the attorney general's ruling an "assault on the asylum system" by the Trump administration, and the latest effort to limit asylum in the U.S. to as few people as possible.

"With this decision, the administration not only harms asylum seekers, it also calls into question the primacy and sanctity of families as building blocks of society. This is shameful," said CLINIC executive director Anna Gallagher in a statement.

To be granted asylum under U.S. law, those seeking refuge must show they cannot or refuse to return to their home country because of persecution or "a well-founded fear of persecution" on account of race, religion, nationality, political opinion or membership in a particular social group — a category that has commonly included the family.

CLINIC, made up of more than 370 programs in 49 states, represented the individual known as Mr. L-E-A- in his case. He is a Mexican citizen who sought asylum in the U.S. after a criminal cartel threatened him with retaliation after his family refused to sell drugs in their store.

In his ruling, Barr reversed the Board of Immigration Appeals that had rejected Mr. L-E-A-'s asylum claim but upheld the view of the family as a particular social group. Barr argued that a family must meet the three standards of a particular social group — that it shares a common immutable characteristic, is defined with particularity and is socially distinct. In most cases, he said "a family group will not meet that standard, because it will not have the kind of identifying characteristics that render the family socially distinct within the society in question."

He added that the opinion "does not bar all family-based social groups from qualifying for asylum," stating there may be cases of "specific kinship groups or clans" that are particular and socially distinct, or immediate families that carry "greater societal import."

Bradley Jenkins, CLINIC's federal litigation attorney who served as co-counsel in the case, said the attorney general "made a lot of broad-brush statements" inconsistent with the law and "seems to think that in order to be a social group, your individual family has to be famous throughout your country."

"For the attorney general of the United States to say that the family is not a recognized component of society really fundamentally misunderstands the role of the family," Jenkins told NCR. "And as a Catholic organization, we just think that's a fundamentally immoral vision for society."

In 2017, 26,568 people were granted asylum in the U.S., according to the U.S. Department of Homeland Security, from an estimated 259,000 applications — 40% of whom came from El Salvador, Guatemala and Honduras. Asylum claims are made by people already in the country or arriving at a port of entry.

While there is no official count for the basis of asylum claims, Jenkins said that family persecution is one of the most common reasons for granting refugee protection. CLINIC estimates thousands of asylum cases will be affected by the attorney general's decision, turning cases that would be normally granted in the early stages into much lengthier legal processes.

CLINIC has said it is exploring all avenues to appeal the precedent-setting decision in federal appellate courts. They will also continue to represent Mr. L-E-A- in his own case, which has been sent back to an immigration judge.

In the meantime, immigration attorneys are urging asylum seekers to continue forward with their own cases.

Katharine Gordon, pro bono coordinator and staff attorney for the California-based immigration legal services organization Al Otro Lado, said that granting asylum requires a case-by-case assessment, and that blanket statements often cause confusion about what rights asylum seekers have to pursue their case.

"It's such a legally complex issue that people think that the attorney general just said something, and they can't challenge it," she said. "So that's going to lead directly to people dying, and directly to people losing their asylum cases or not even pursuing avenues for protection."

Gordon, who works much of the year in Tijuana, Mexico, said that asylum seekers should continue to seek legal counsel, and that legal and religious groups should continue advocating on their behalf. 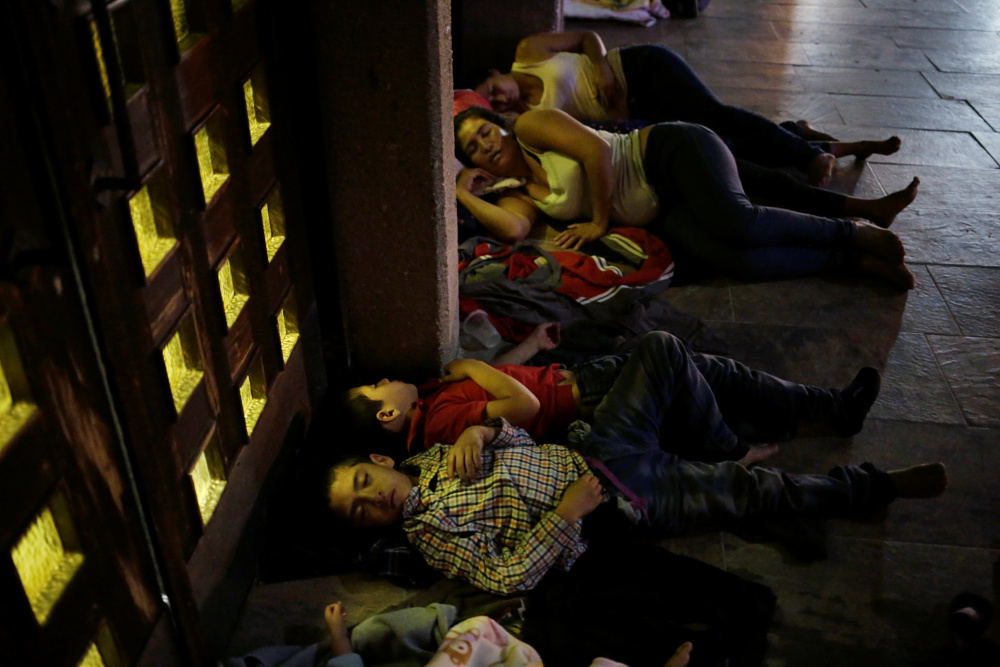 Catholic tradition has long supported the right of people to seek asylum when family members face threats of persecution, said Kristin Heyer, a theologian at Boston College who has written extensively on immigration ethics and family values. That belief, she said, is rooted in the biblical call to welcome the stranger and in teachings on universal human rights, including the freedom to migrate to live free from fear of violence or retaliation.

Heyer said Catholic teaching aligns with the view in a 2015 ruling by the 9th U.S. Circuit Court of Appeals that deemed the family "the quintessential particular social group."

"In the Catholic tradition, family relationships are fundamentally sacred and families are understood to be central social institutions in need of protection. Families are basic cells of civil society and 'schools of deeper humanity,'" she told NCR in an email.

Heyer added that asylum policies that undermine the family as a primary social group "jeopardize human dignity and threaten the common good."

In Central America, the family is especially seen as a central institution, Heyer said. In particular, the cultural value of familismo "intensifies the connection of familial relationships to members' identities," she said, and places strong value on those relationships and obligations.

"Family serves as the primary organizing structure in many Central American asylees and migrants' lives, for their social identity is relational rather than individual," Heyer said. 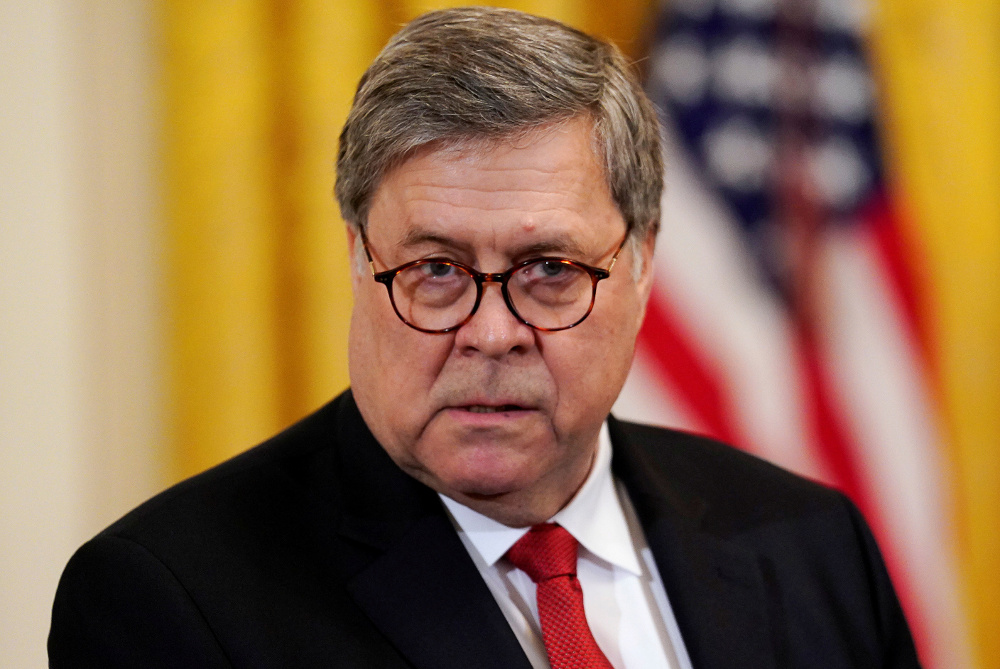 U.S. Attorney General William Barr is seen at the 2019 Prison Reform Summit in the East Room of the White House in Washington April 1. (CNS/Reuters/Yuri Gripas)

In his decision, Barr, who himself is a Catholic, argued it is insufficient in asylum cases whether "the applicant's society (or societies in general) place great significance on the concept of the family. If this were the case, virtually everyone in that society would be a member of a cognizable particular social group.

"The fact that 'nuclear families' or some other widely recognized family unit generally carry societal importance says nothing about whether a specific nuclear family would be 'recognizable by society at large.' The average family — even if it would otherwise satisfy the immutability and particularity requirements — is unlikely to be so recognized," Barr wrote.

Jenkins of CLINIC said that argument falls short, in that every person also has a race and nationality. He added it misses the question posed in the law, which is are you persecuted on account of that trait, belief or membership?

He said that Barr is following former Attorney General Jeff Sessions in "trying to transform immigration courts into deportation courts."

Several major legal organizations, including the National Association of Immigration Judges and the American Bar Association, have called for creating an independent immigration court system separate from the Justice Department and political influence.

"We are seeing the folly of having a law enforcement officer also be by himself the supreme court of immigration," Jenkins said.