Biden's State of the Union needed some Catholic social doctrine 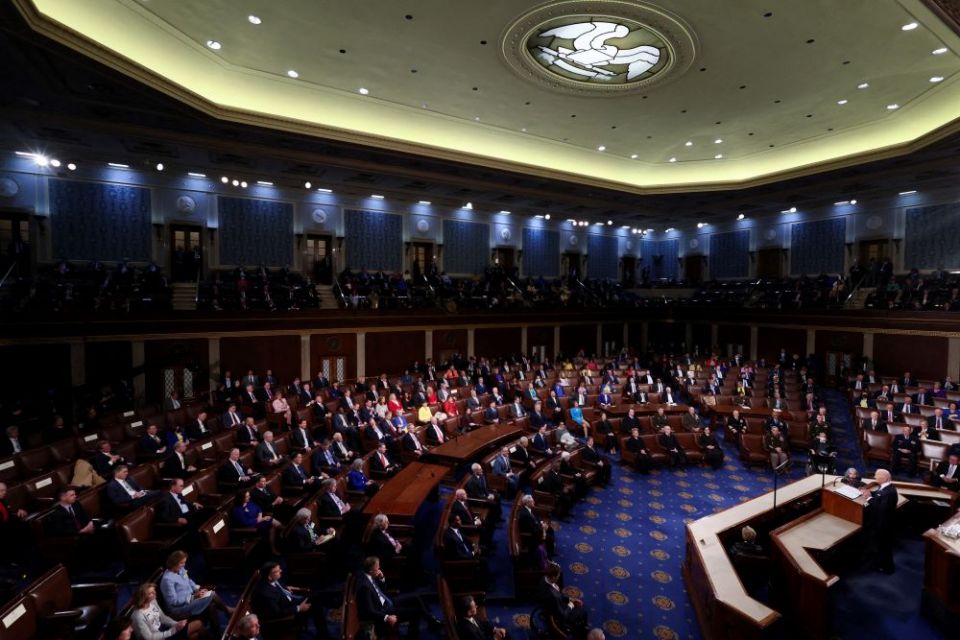 President Joe Biden delivers his State of the Union address to a joint session of the U.S. Congress in the House of Representatives Chamber at the Capitol in Washington March 1. (CNS /Reuters/Evelyn Hockstein)

President Joe Biden's State of the Union speech March 1 would have been a home run if he had stopped at the 20-minute mark. That first third of the speech recognized the extraordinary moment in which we are living because of the unprovoked invasion of Ukraine. Sadly, the last 40 minutes were typical and ordinary. It was like commenting on the ugly curtains in a house that is on fire. It might have worked if he had a proper pivot — and Catholic social doctrine would have provided just such a pivot — but he didn't and the speech as a whole didn't work.

The State of the Union speech is always a chance for the president to recapture some political energy, to announce some new initiative that corresponds to a felt need on the part of the American people, or that will define the administration's values. It is an opportunity to give a shoutout to key constituencies. Ronald Reagan and Bill Clinton had the knack for telling stories that brought emotional power to otherwise dry public policy proposals. Barack Obama, the best orator of our time, could summon the better angels of our nature.

Russia's invasion of Ukraine, however, gave this speech a different and harder task: To speak for the values at the heart of our experiment in liberal democracy. Biden needed to summon the ghost of Abraham Lincoln, not mimic the storytelling ability of Clinton or the aspirational rhetoric of Obama. He needed to tear up the text his staff had been working on since the start of the year, reread Lincoln' second inaugural address, meditate on the Declaration of Independence, maybe listen to one of Winston Churchill's wartime addresses, and then set quill to scroll.

"Six days ago, Russia's Vladimir Putin sought to shake the foundations of the free world thinking he could make it bend to his menacing ways. But he badly miscalculated," Biden said. "He thought he could roll into Ukraine and the world would roll over. Instead, he met a wall of strength he never imagined. He met the Ukrainian people. From President Zelensky to every Ukrainian, their fearlessness, their courage, their determination, inspires the world."

The president rightly extolled the work of his administration uniting the West in its opposition to Russian President Vladimir Putin and willingness to adopt sanctions that as recently as last week seemed inconceivable. He recognized that the fight is about our national interest, that "stability" is nothing to be scoffed at. Still, his explanation of the creation of NATO was too cold, insufficiently focused on the values that shaped the alliance at its inception and which are now so forcefully at issue in the streets of Kyiv and Kharkiv. 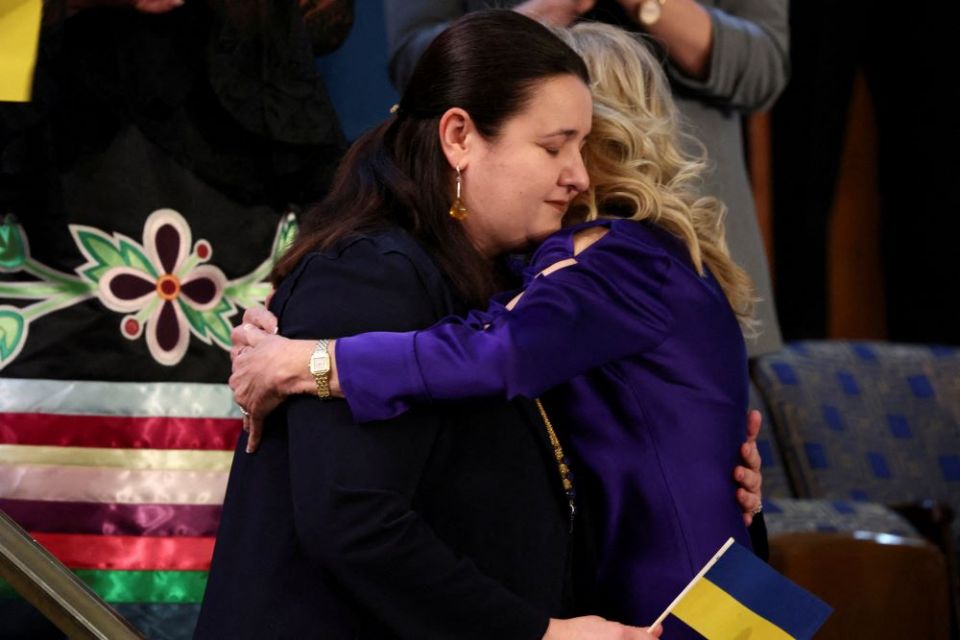 Biden concluded the section on Ukraine with these words about Putin and the Ukrainian people: "He will never extinguish their love of freedom. He will never weaken the resolve of the free world." The next sentence was: "We meet tonight in an America that has lived through two of the hardest years this nation has ever faced." Notice what's missing? There was no pivot, no linkage between the fight for democracy in Ukraine and the struggle to preserve democracy here in the United States.

What is worse, the rest of the speech was the kind of partisan laundry list that reflects the special interests within every administration trying to make sure they get a shoutout in the State of the Union speech. Nothing wrong with that in normal times, but this is not a normal time. The unity that greeted the first part of the speech ended abruptly. It would have been better if Biden had turned to the precepts of Catholic social teaching to link the two parts of the speech.

Catholic social teaching recognizes different kinds of threats to a healthy and moral society. A tax code that allows billionaires to pay no taxes undermines the common good and care for the common good is essential to a flourishing society. Allowing millions of children to live in poverty, when we all know that the recently expired child tax credit had lifted millions of children out of poverty, accosts our moral sensibilities and undermines confidence that government can work for all the people. Political rights and economic rights are different, and the liberal tradition has always prioritized the former, but the last 40 years of neoliberal neglect of the common good left many millions of Americans alienated and susceptible to the authoritarian pretensions of Donald Trump.

The fact that the American people are largely united in their horror at Putin's attack on Ukraine should have led Biden to mention only a few points of common agreement among the assembled members of Congress. The infrastructure bill passed with widespread bipartisan support. The child tax credit is co-sponsored by Sen. Mitt Romney. There is a willingness on both sides of the aisle to pass legislation that protects poll workers from intimidation. Perhaps one or two other items could have been listed, items that would have invited the entire chamber to applaud as they did during the first 20 minutes.

Every president is not only the leader of the nation, but the leader of a party. Instead of repeating the Democratic wish list, how much better it would have been if Biden had said: "I have outlined areas where we mostly agree. There are many other issues about which we disagree. And we will argue about them in the weeks and months ahead because that is what we do in a democracy: argue about ideas, seek reasonable compromises, decide when you will give in and when you won't, look for new approaches that will work for everyone. Tonight, I want to focus on what unites us but let's understand that the fight in Ukraine is about our right to disagree and debate here in this chamber and on the campaign trail. That was also the fight the Capitol police undertook last year when a mob attacked this very chamber." No need to elaborate.

To be sure, there were some fine lines in the last third of the speech and most liberal Catholics support most of the policies he listed. His line about funding the police was excellent and the story of the little boy with diabetes sitting with First Lady Dr. Jill Biden made an abstract issue very real and human. But I have lost track of the number of times I have heard a Democratic president call for legislation allowing Medicare and Medicaid to negotiate drug prices. At a certain point, the eyes glaze over. If the president had avoided this laundry list, and kept the speech to points of national unity, I suspect everyone would have been praising, not parsing, the speech the next morning.

This last week, the world has witnessed the almost daily speeches by Ukrainian President Volodymyr Zelensky. They have been short, sometimes recorded on his cell phone, and they have carried the poignancy, the emotional gravitas, that attaches itself to awesome physical courage. The circumstance in which they are given lends them weight no words can convey.

It is unfair to expect Biden's speech to have risen to the level Zelensky's speeches have attained, but he needed to shoot high and speak from the heart, and from all our hearts, about the inestimable value of freedom and human dignity. He didn't quite get there, and even those sections that came close were lost by the end of this overlong, all-too-typical State of the Union. It was not a terrible speech, but it was a missed opportunity.

First 2020 election debates: What to watch for as 20 Democrats take to the stage

Your thoughts on Cordileone's letter on denying Communion